Chessbase Magazine 121
I was delighted to receive a copy of the latest Chessbase magazine to review.
A 26 page booklet gives a written guide to what is on the DVD and gives a selection of tactical and endgame positions to whet the appetite before the DVD goes into the computer.
There’s an interesting editorial by Rainer Knaak. He makes the point that there are now 22 players above the 2700 rating barrier and strongly hints that the magical boundary has been devalued somewhere along the line.
Within three second of putting the DVD into the disc drive I was looking at impressive menu page, detailing the contents of issue 121.
Karsten Muller presents an overview in a video clip lasting over 18 minutes to set the scene of what is in store for the reader. It is here that one can start to appreciate just how material is packed onto the disc and what efforts have been taken to present it in a consistently concise and easily navigable way.
Further written highlights are presented on the first page, often with direct links to featured games of interest.
The two main featured events are the European Team Championship and the European Club Championship. Several other tournaments have reports and a full set of games. In total there are no less 1998 games from top events. The majority are unannotated but some of them have very good notes by a variety of players. The list of games can be sorted, at a single click, by a number of criteria such as opening, tournament, white player etc.
Of particular interest are the 12 opening surveys. These cover a big range of openings and ever layer should find something of interest.
Each survey consists of a very good and instructive text introduction to the variation in question, (which takes nothing for granted from the reader but instead gently guides him through the nuances) followed by a number of very well annotated games.
The subjects covered in this magazine are:
English Opening - a repertoire for Black by Efstratios Grivas
English Defence with 3 a3 by Hannes Langrock
A repertoire for the Stonewall by Viktor Moskalenko
A repertoire for White against the Sveshnikov by Dorain Rogozenko
The Najdorf System with 6 Bg5 in the limelight by Lubomir Ftacnik
Critical aspects of the Rio de Janeiro Variation by Mihail Marin
The old move 6...Nbd7 in the Ragozin Variation by Lars Schandoff
Grunfeld with 3 f3 - no problem for Black
Queen’s Indian and Bogo Indian combined by Evgeny Postny
Catalan with Bd2 - no disadvantage by Mihail Marin
A repertoire against the Nimzo Indian with 4 Bg5 by Dorain Rogozenko
The Karklins Variation 7...Nh5!? By Igor Stohl
One can easily imagine that over a number of magazines the reader’s specific opening knowledge could be steadily and firmly enhanced.
The Stonewall survey really caught my eye as it demonstrated several interesting ideas and positions. Moskalenko uses his own games as a basis for the survey and shows what he thinks is the best response to the annoying English move-order position: 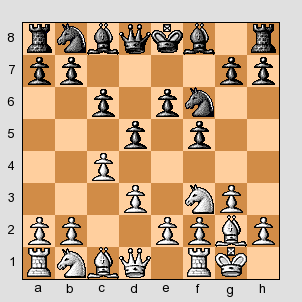 6...dxc4 with a quick …e6-e5 to follow. The illustrative games show Black enjoying good positions.
Here are two other good demonstrations of Stonewalls having fun. 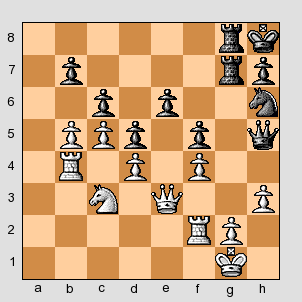 Kekki - Moskalenko
Black’s surprising 27...e5! set him on the road to victory. 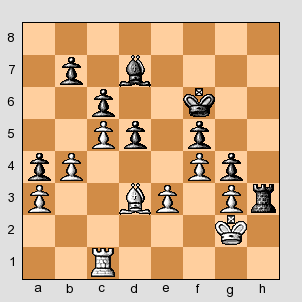 In addition to the main database and opening reports, there are many regular columns. Daniel King, a natural teacher, presents a move by move game in which the reader is invited to have a go at guessing virtually every played by a GM Speelman (playing against Stefan Macak).

Oliver Reeh’s piece on tactics follows a theme of ‘Raving Rooks’. A video example sets the scene nicely and then there are a number of timed exercises for the reader to try.

Here’s the first test; fairly simple but it provides a good little warm-up for the tougher material. 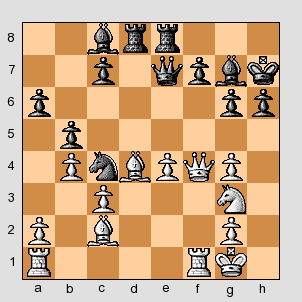 Endgame expert Karsten Muller presents some very interesting examples on ‘liquidating to a pawn ending’. Just as in the tactics column there are a some exercises to test the powers of the reader. 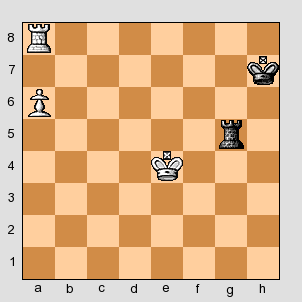 White to play
What nuance would have earned White the full point?

Rainer Knaak demonstrates an opening trap that could well be a valuable addition to your repertoire, starting with 1 e4 c5 2 Nf3 g6 3 d4 Bg7 4 c4 Qa5+ and now White has to be very careful how he proceeds…or he could end up in this position: 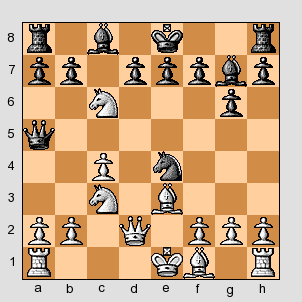 What is the best continuation?

Often there is a very popular column on strategy by Peter Wells but this is promised for issue 122.

New products are also given a fair bit of coverage. Of particular interest are the snippets from the three new French Defence DVDs by Rustam Kasimdzhanov and two of the new ones by Alexi Shirov. Each of these is accompanied by a bonus annotated game, typically lasting about 18 minutes, with the DVD author speaking via video clip directly to the viewer.

Chessbase Magazine is a top quality product and one which should give the reader an immense amount of chess pleasure, instruction and entertainment. The material is very well chosen and is presented in an extremely effective way. I’m not sure how the makers manage to keep up such a high standard but serious chess players everywhere should greatly appreciate their efforts.

For more information on this magazine, please visit:

For more information on Chessbase products in general, please go to: