How to Play Chess Endgames
By Karsten Muller and Wolfgang Pajeken
Gambit
Endgame specialist John Nunn starts things off with a with a well-written foreword. Then after the authors' preface and introduction it's straight into the action.

The material is split into 18 chapters:
Activity
The Art of Pawn Play
Do Not Rush!
The Right Exchange
Thinking in Schemes
Weaknesses
The Fight for the Initiative
Prophylaxis and Prevention of Counterplay
The Bishop-Pair in the Endgame
Zugzwang
Fortresses
Stalemate
Mate
Domination
Converting an Advantage
The Art of Defence
Typical Mistakes
Rules of Thumb
Encouraging the study of endgames is easy advice to give but there are clear reasons - or excuses - used by players of all calibres as to why such advice isn't always followed. The average club and tournament player has little time to study. It's easier to fill that time with the study of an opening variation that is likely to occur in a particular league encounter but it's not so easy to predict what sort of endgame knowledge is going to prove useful.
Therefore, most players will attempt to cram more information about the latest Sicilian Defence theory rather than spend the equivalent time studying the finer points of a tricky endgame study.
This principle is very difficult to overturn; humans tend to put effort only into things from which they are likely to get a speedy reward. So to appeal to the masses, an endgame manual must meet certain criteria to make it appealing. The material must never be dry and an encyclopaedic approach should be avoided. Explanatory text must be included all the way through (languages annotations are neither enticing nor enticing) and must be informative and lucid. The authors of endgame texts must have a great love of the subject matter.
Slim volumes on popular openings will sell regardless of how much effort an author applies to his work (there's plenty of rubbish to be found amongst the gold) but there is little scope for sloppiness if an author wishes to make endgames appealing.
How does 'How to Play Chess Endgames' measure up to these criteria?
It's certainly not a dry encyclopaedia. There are, typically, three game snippets for every two pages.
The extensive bibliography clearly shows the impressive depth of research that went into creating this substantial and informative work; this is clearly a labour of love and definitely not the sort of book to be knocked together in a weekend or two (another habit that some opening books get away with, depending on the popularity of the opening in question).
The required explanatory prose is very much in evidence throughout the book and as far as I can see, the reader should never feel left in the dark.
Opening a page at random rarely fails to reveal an instructive comment, presented as a perfectly digestible bite-sized chunk.
For example:
'The rule of thumb 'knight endings re like pawn endings;' is also based in part on the fact that the knight is unable to lose a move and therefore zugzwang plays a similarly great role here as in pawn endings'
'By the way, it is absolutely typical that positions with many pawn weaknesses are particularly suitable for knights, since in that case they have more secure bases and can frequently gain the upper hand, at least if the opponent has few or no dynamic possibilities available. However, with an unweakened structure, the side with the bishop can operate more easily against the knight.'

'If you have everything under control, it is often a good idea to bring all your forces into position and only then proceed with concrete action.'
'In rook endings in particular it is often important to retain full control and eliminate any activity.'

There are pertinent quotes from famous players at the start of each chapter too, inlcuding this classic from Capablanca:

'I know at sight what a position contains. What could happen? What is going to happen? You figure it out. I know it!'
Recurring themes crop across many different chapters. 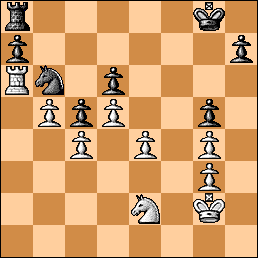 Smyslov - Fuller
Copenhagen 1980
White increased his activity with the surprising pawn sacrifice 1 e5! In particular, the King has an easy route into the action. This is just the sort of concept a club player often lacks in the armoury. However, anyone reading this book should pick up the ideas pretty quickly. For example, later in the book this position is given: 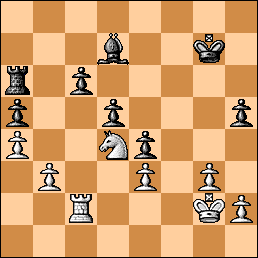 Petrosian's 40 g4! is magnificent (giving the King game-saving scope - a draw was agreed shortly afterwards) and hopefully the reader won't find it too difficult to fathom having already assimilated the lesson from the Smyslov game.

Each chapter presents a number exercises (approximately 250 in all) to test and improve the reader's developing skills. The 'Solutions to the Exercises' cover 60 pages and provide a full answer and explanation to all of the problems.
There's a good index for the players involved in the examples - running to five pages - but the lack of an index for pieces makes it more difficult to use the book as a reference for specific endgames.
This is a fine book and one which should give the reader many hours of pleasure. With an r.r.p. of £18.99 for 351 pages of instruction and fun it represents good value for money too.
Here are a couple of randomly chosen exercises to give you an idea of what to expect: 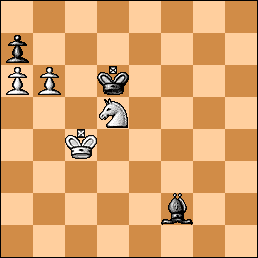 How does Black draw easily? 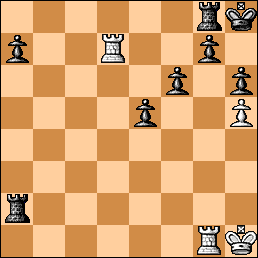 Can you see how White tried one last trick here and Black promptly fell for it? 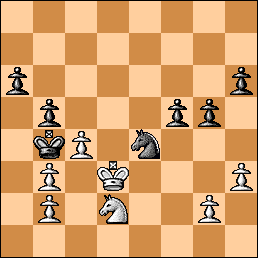 Calculate the consequences of 1 Nxe4
This is an inspirational and educational book, packed with excellent material. I am certain that chess players of all standards will find it a valuable addition to their chess libraries.
For further details about Gambit books, please visit: http://www.gambitbooks.com/index.html
Posted by Sean Marsh at 05:48