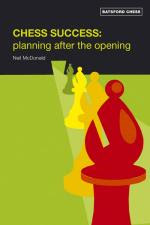 Chess Success: Planning After The Opening
By GM Neil McDonald
Batsford
‘There are plenty of chess books that cover openings, but not so many that tell you what to do next. Every player had encountered problems once the opening phase of the game has ended, and this book provides solutions. Renowned chess author Neil McDonald guides you through a selection of over 40 recent instructive and entertaining Grandmaster games, all of which illustrate how sound planning and a clear head can help you through that critical post-opening phase.’
This interesting middle game manual examines various methods of play arising from different pawn structures. Over the course of the 270 pages, each of the eight chapters provides examples based on a specific set up.
1. The smiting style
‘Smites’, or ‘…moves that attempt to land a combinative blow on the opponent‘, are rife in the first, very entertaining chapter.
Consider the following position. 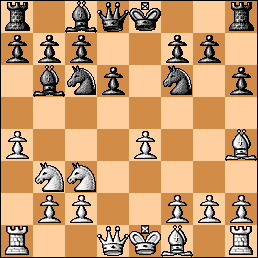 Ahn v Ruck
Belgium 2007
Black lit the blue touch paper with 9...Nxe4!! And by move 16 White’s King had been kicked all the way to e6 and his journey is not yet over!

2.Delaying the moment of tactical truth

Chapter 2 takes a look at positions with blocked centres, particularly those stemming from The Ruy Lopez and King’s Indian Defence.

Symmetrical centres with the battle for control of an open line. The final position of Karpov - Polgar (Las Palmas 1994) is an excellent demonstration of an ideal scenario: 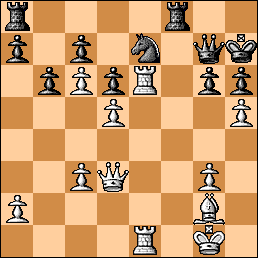 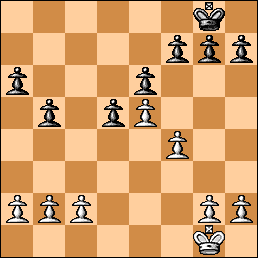 …in which the support point at d4 may be successfully used by White pieces (especially Knights). The definition includes the prerequisite that the opponent isn’t able to attack the critical square with a pawn.

5. A prickly customer: The Hedgehog

Hedgehog structures provide a lot of flexibility for the defender. The key game of this chapter is a titanic struggle between GM McDonald and chess legend GM Bronstein.

The Jekyll and Hyde character of the Isolated Queen’s Pawn. Sometimes it’s a great strength, providing supported outposts in the opponent’s camp but sometimes, inherently stripped of support, it dies a horrible death. The key game of the chapter sees Steinitz badly misplaying an IQP position in a World Championship match against Lasker.

Black’s dilemma in structures arising from the Queen’s Gambit (and other openings ) is the subject of this chapter. Should Black release the tension or attempt to hold fast in the centre? Spin-off sections include a discussion of the Minority Attack.

This chapter takes a look at certain Indian defence structures which enable White to expand dynamically with an unfettered pawn centre. This the lion might roar forwards but there are often dangers from crouching tigers along the way.

Each chapter starts off with a pertinent quote or two to set the scene but these are not always by chess players; chapter seven begins with the lyrics ‘Should I stay or should I go’ by The Clash.

As usual with a book from the pen of GM McDonald, the material is bang up to date. For example, the crushing Catalan victory by Kramnik over Carlsen (Dortmund 2007) receives over six pages of instructive annotation. Indeed, the former World Champion is well represented here with five of his games on display.

This is an instructive book by a thoughtful writer. Club players who would like to improve their play and are tired of stuffing endless opening lines into their heads will find much of interest here.

For further details of all Batsfird chess books please visit: http://www.anovabooks.com/
Posted by Sean Marsh at 12:16