I didn't want to miss a year in the roll of honour of this series, which meant an enforced switch to an online event. This did have some advantages, especially regarding the people I could invite who would not normally be able to attend.

Indeed, thanks to the very welcome participation of Kineke Mulder, it was our first international tournament of the series.

A fun celebratory event, continuing the series I set up to honour my late friend, Mike Closs.

A welcome distraction from the strange events of 2020.

Time spent with friends.
The players were an excellent group of my former juniors, work colleagues, teammates and fellow CSC tutors. Most of all, they are all very loyal friends of mine. All have helped me considerably over the course of many years (many decades, in some cases).
David Baillie
Nevil Chan

Kevin Waterman
Some of the players were keen to show off their marvellous festive livery and, in some cases, their secret preparation.

The players contested a five-round Swiss tournament and the games were very lively.
Here are screenshots from each of the five rounds (click on an image if you need it enlarged). 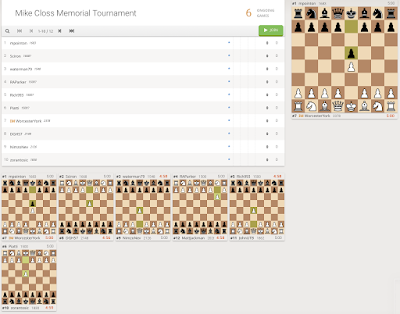 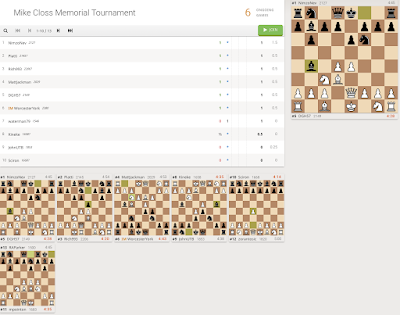 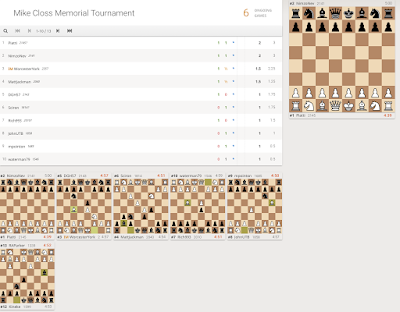 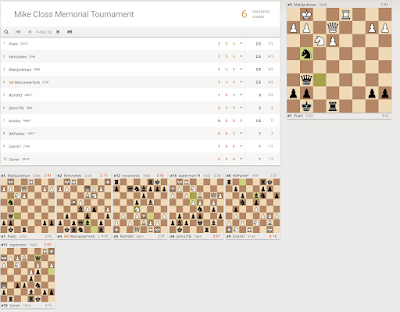 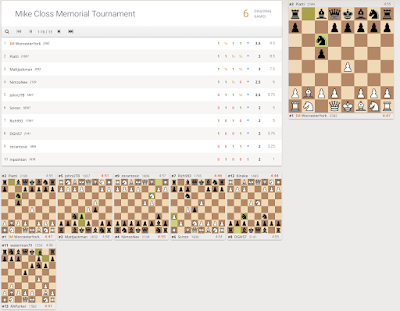 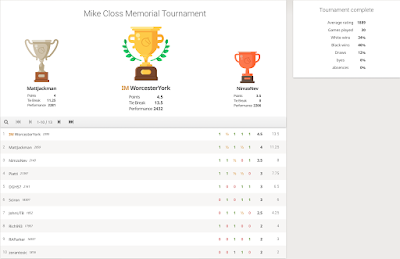