Eilen Jewell at the 100 Club

It was by a curious coincidence that two consecutive London gigs should bring me to the famous 100 Club, having never been there before.

The hugely entertaining Nancy and The Dolls had been more in keeping with the venue’s punk history, but there is definitely more diversity in their programme now.

Eilen Jewell was originally going to play at Soho's Borderline, but the club closed down and the booked acts had to be sent to other venues.

Eilen’s 2018 tour had coincided with a particularly fierce Summer and in our post-show chat after the Lexington gig she said she would definitely come back to the UK in 2019 but would prefer to do so in the cooler, Winter months.

This was another excellent and entertaining evening in the company of one of Americana’s best kept secrets (despite her highly distinctive name it never rings any bells when I mention it elsewhere).

The big difference this time around was the material from Gypsy, the new (and excellent) album. We had two thirds of the Gypsy songs, including the title track, Miles to Go and You Cared Enough to Lie, making it all quite a change from 2018’s set list.

Older favourites included I Remember You, Where They Never Say Your Name, Rain Roll In and Sea of Tears.

Covers including Howlin’ Wolf’s You’ll Be Mine, enhanced by the knowledge that Howlin’ himself played at the 100 Club.

It was an excellent evening and it was a real pleasure to be there. There was still one final treat to comes the night came to a close; a fabulous version of Shakin' All Over.

With a band as tight as can be and, in Jerry Miller, an excellent - albeit underrated - guitarist, this was always going to be an excellent evening. The timing was good, as I sure the basement location would have been as sweltering as the 2018 venues if this had been another Summer show.

I love Eilen’s music and was very pleased to be able to catch this show during my spell in London. 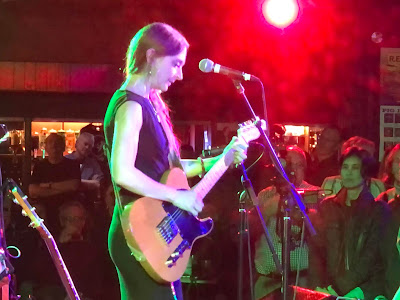 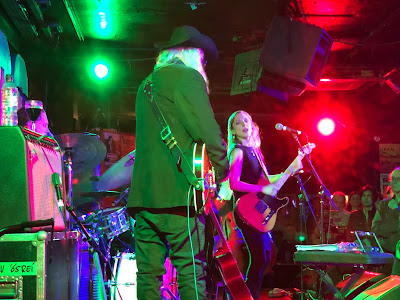