This event had been much-anticipated here at Marsh Towers, especially when the original venue and date were both changed, leading to a couple of months of delay.

Joining Tim Brooke-Taylor on the stage was Chris Serle (former reporter for That's Life, amongst many other things) who was there in the role of interviewer. 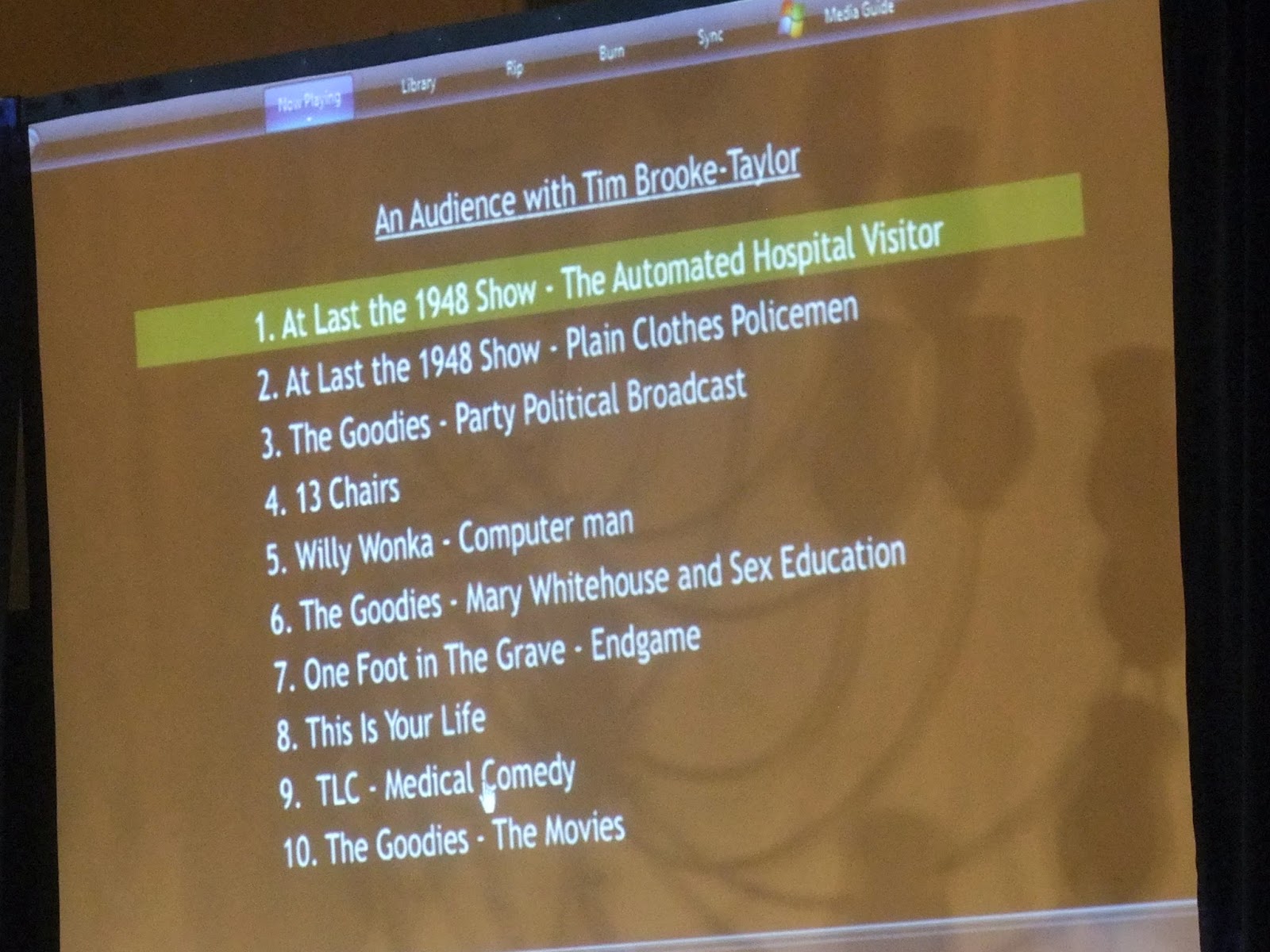 The on-stage screen promised the goodies (and Goodies) to come and we were soon treated to rarely seen clips from the early days of Tim's career, namely At Last the 1948 Show. Still very funny, the clips drew an enthusiastic response from the (smaller than one would have expected) audience. It was good to see younger versions of luminaries such as John Cleese, Marty Feldman, Graham Chapman and (beardless) Bill Oddie on the screen too. 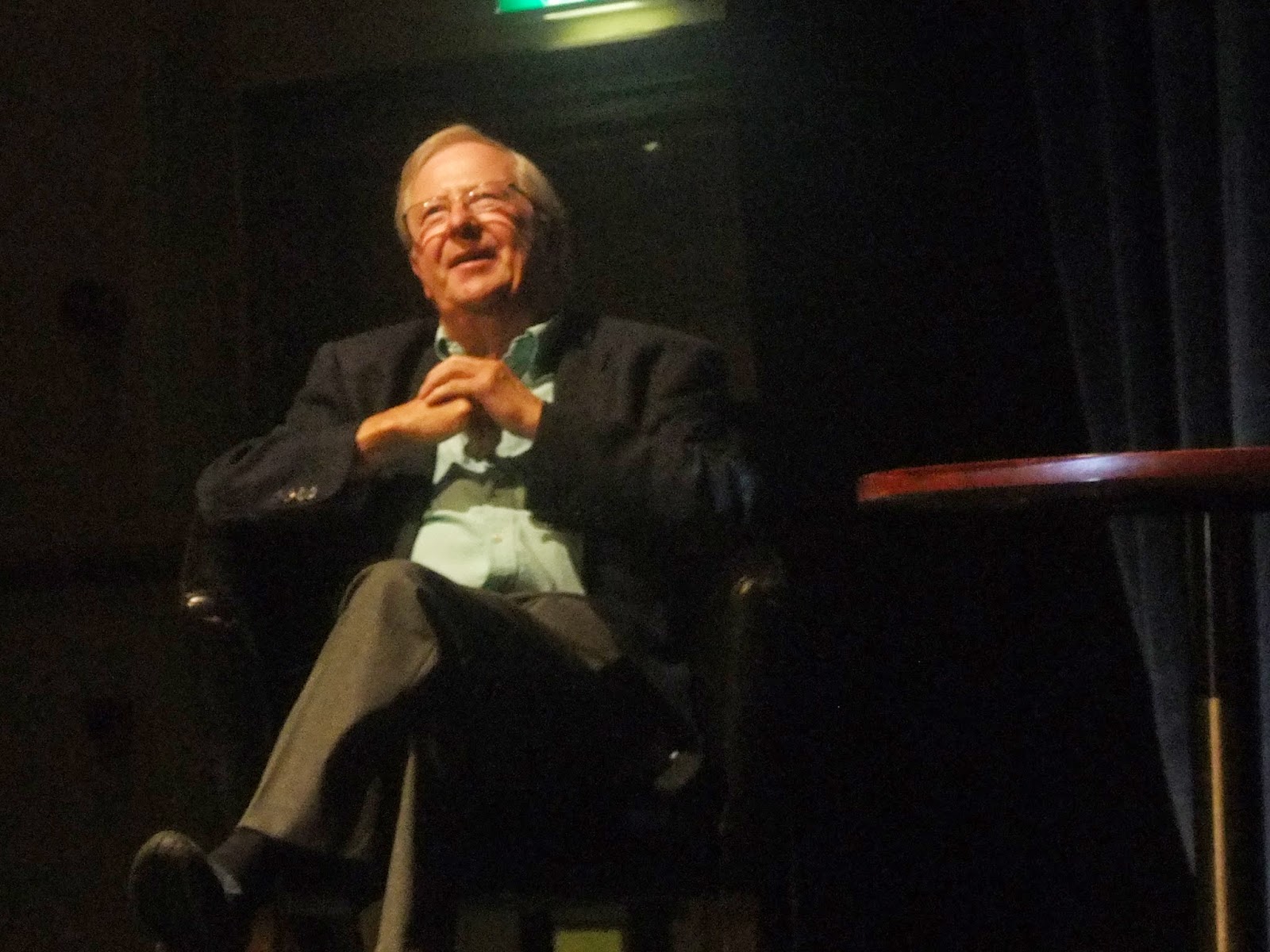 He also spoke of his school days and how he hated the first three years but loved the last two. Advancing to Cambridge, one of his early stage experiences saw a series of magic tricks go badly wrong. He improvised the rest of the act, making the remaining tricks go purposely awry, as it it had been the intention all along. The laughter from the audience, all those years ago, prompted a change of direction and he became an important part of the famous Footlights set, and so began his life of comedy. 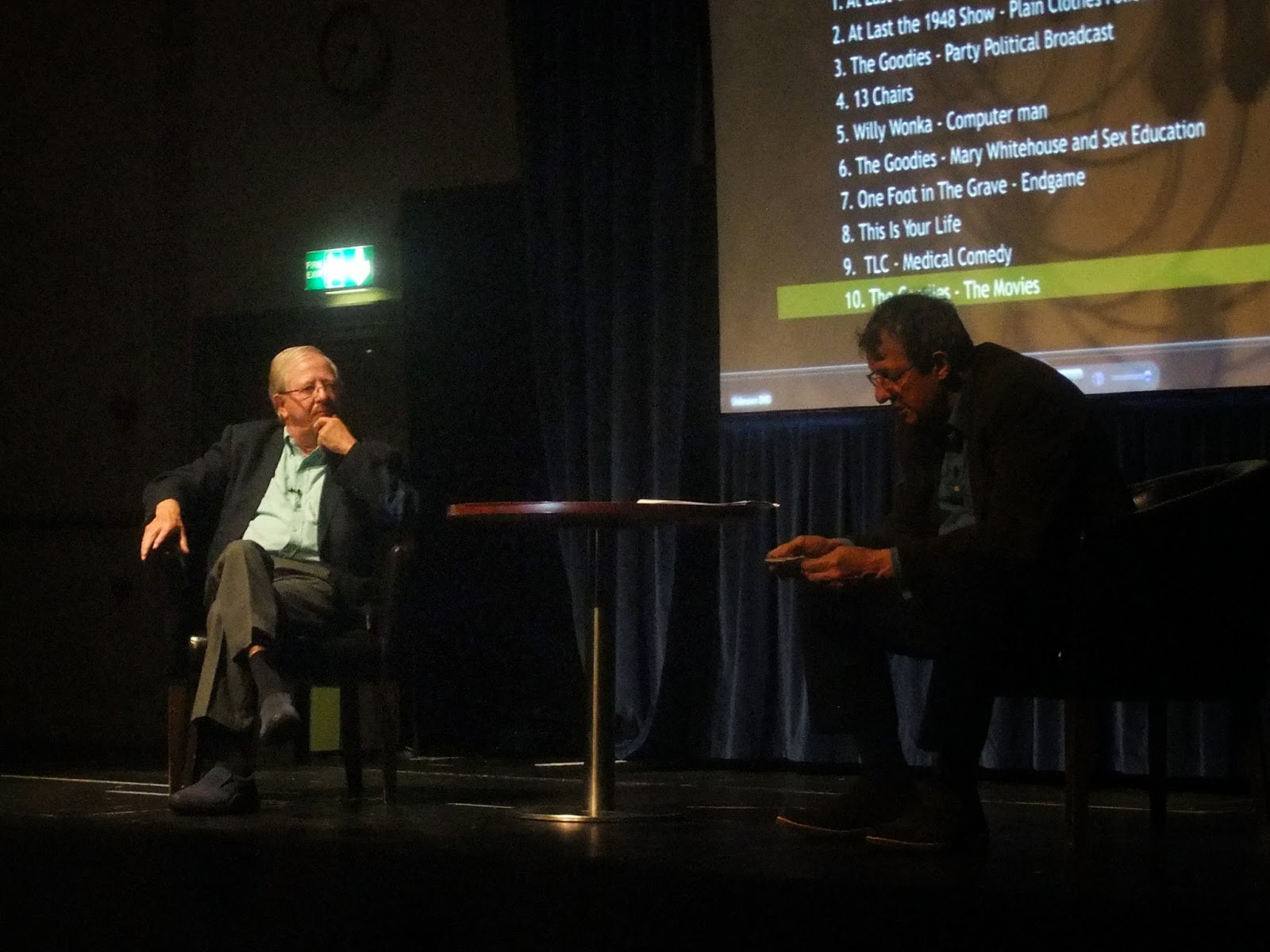 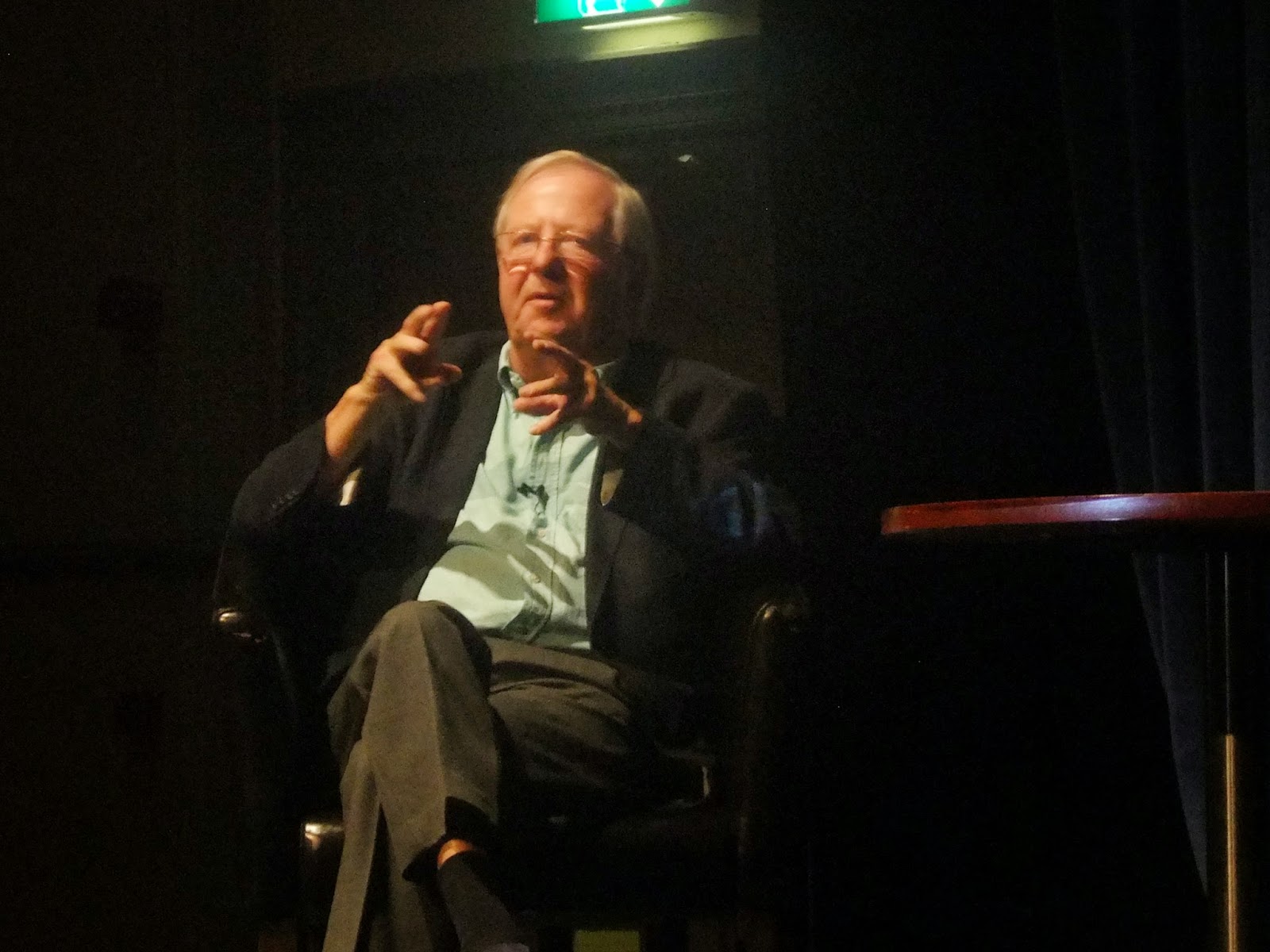 The absolute highlights of the video clips came from The Goodies and This is Your Life. From the former, it was the sketch from The Movies, which is so inventive and has aged so well. From the latter we saw a splendidly surreal appearance from Spike Milligan, who came on with a lathered face and a towel around his neck, as if he had been dragged out from his dressing room mid-shave, and then proceeded to read out a stilted message he claimed he had been given. All to the obvious consternation of a nervous Eamonn Andrews, with whom Tim joked he had taken a risk in inviting Spike onto the show. 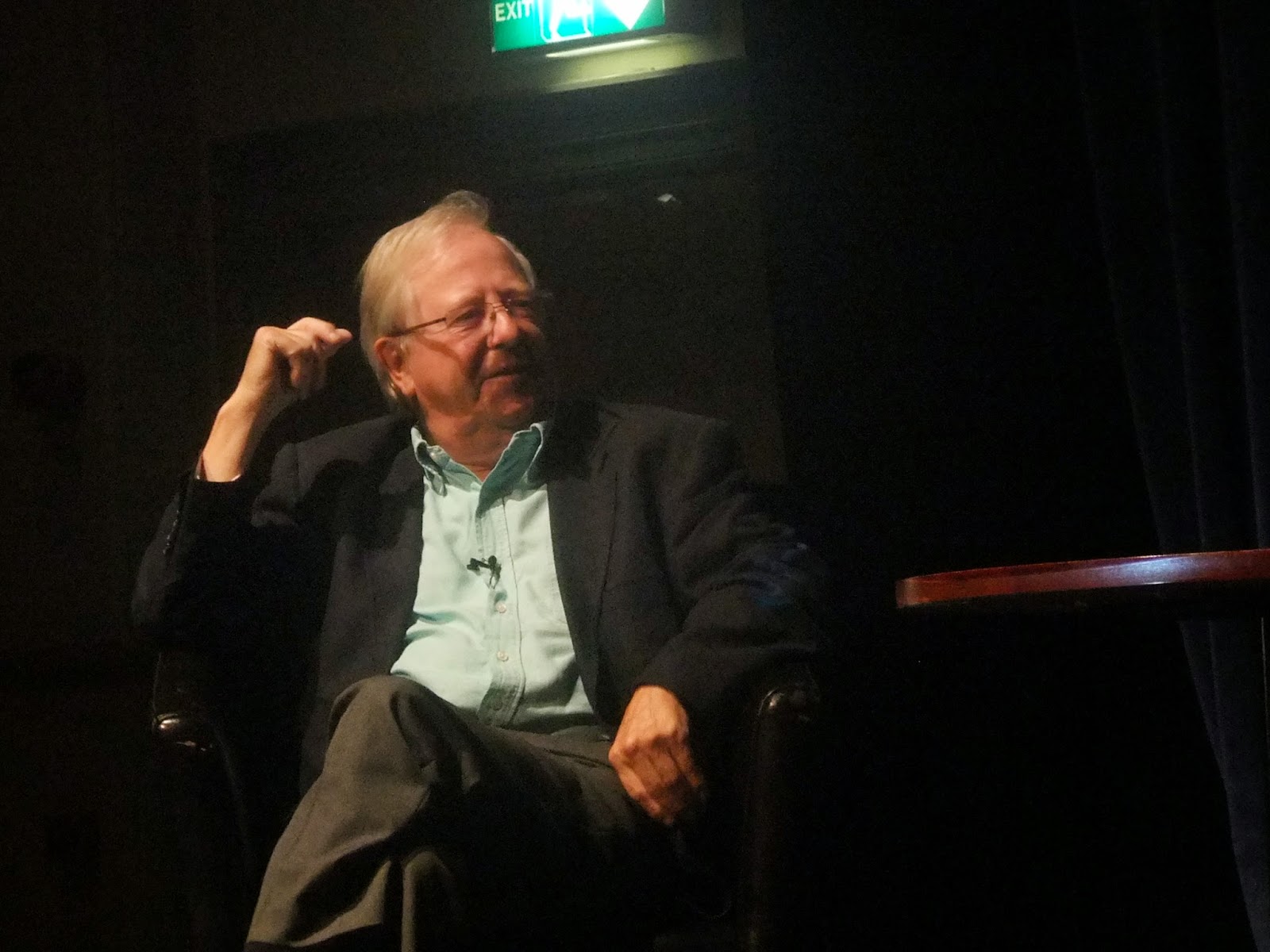 The dip in quality of TV sitcoms became very apparent when we were shown a clip of medical comedy TLC, which, despite a strong cast, completely failed to register on the thermometer of mirth and stuck out like a sore thumb when compared to the rest of the sublime material on display.

Tim also shared many memories of his radio work, including I'm Sorry I Haven't A Clue. There was no shortage of anecdotes from the The Goodies either, a show unfortunately parked somewhere in TV wilderness when others enjoy endless repeat showings. 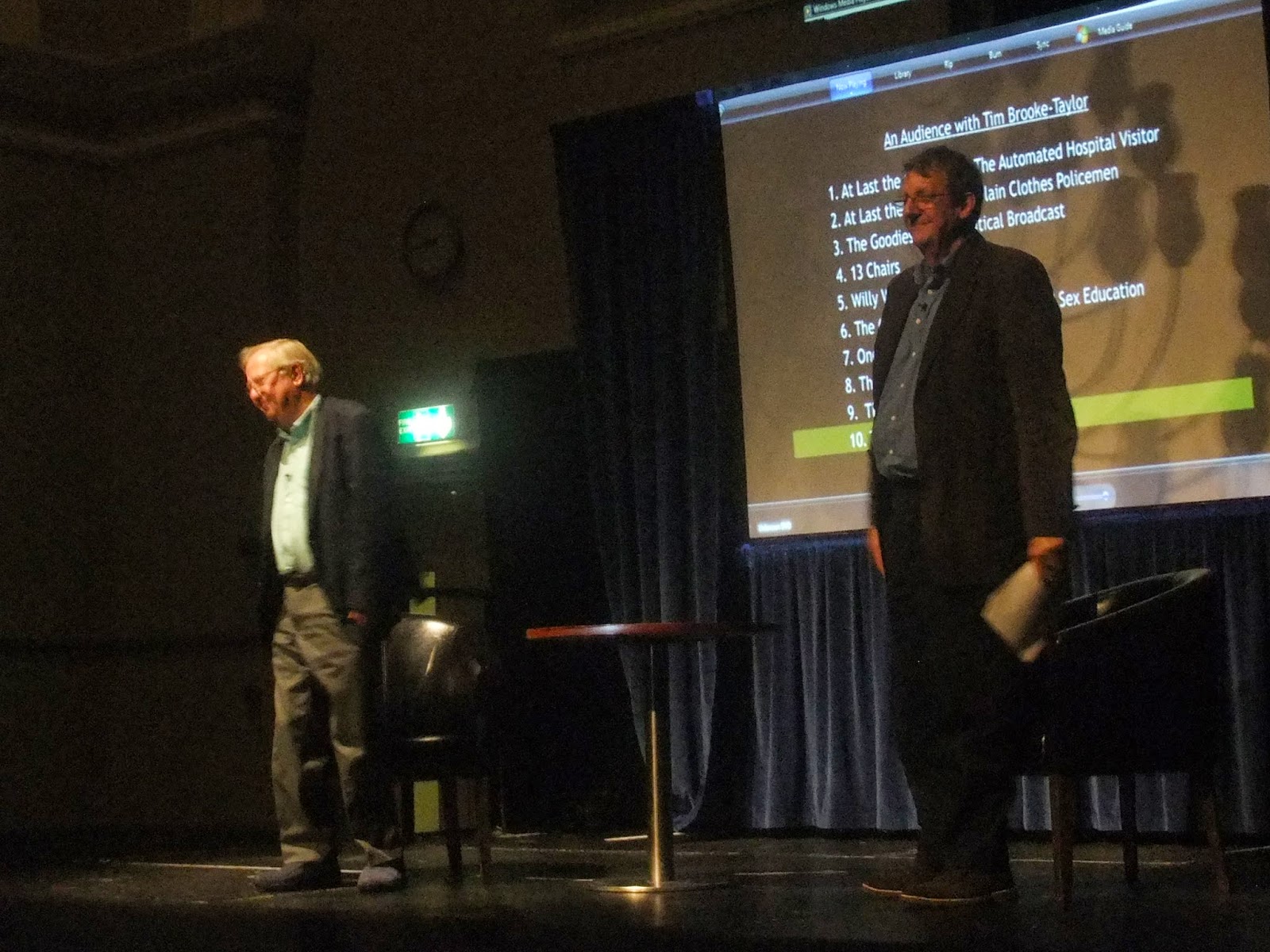 All in all, this was a very entertaining evening, worthy of a larger audience than the one it received.
Posted by Sean Marsh at 03:54