Little did I know when I saw Patty Griffin twice on consecutive evenings, back in July, that I would be able to repeat the experience just a few months later.

The first of the new shows took place in the ballroom of Sheffield's City Hall, an intimate venue with informal seating. The big difference between this show and the ones back in July was in the form of extra personnel. Patty and David Pulkingham (guitars) were joined by John Deaderick (piano and drums) and Craig Ross (bass). 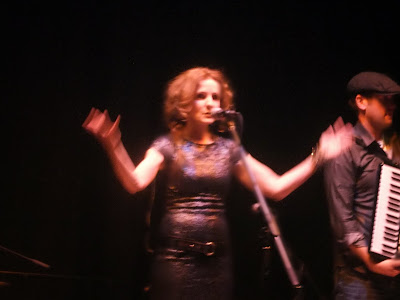 The richer sound made for an excellent contrast to the year's earlier shows and allowed a couple of switches from the standard tour set list. David Pulkingham showed his musical dexterity by switching from guitars to drums and bass at various junctures, as well as providing backing vocals.

Songs from this year's American Kid album naturally formed the backbone of the set list. Meanwhile since I saw her in July, Patty's long-lost Silver Bell album has finally tunnelled its way to freedom after a 13 year hiatus, so she is in the rare position of having two new albums on the go at the same. Silver Bell was the original home of Top Of The World, one of Patty's most moving songs. Here, she played a stunning solo version followed by an equally sublime and solo rendition of No Bad News. 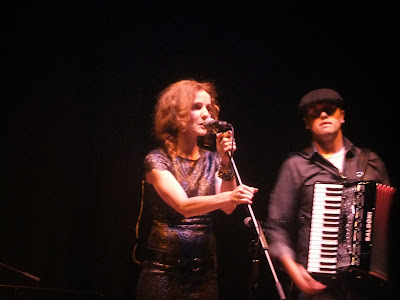 Other highlights included the reworked Flaming Red that had impressed me earlier in the year, which was even more powerful as played played by the quartet, and Faithful Son (currently my favourite from American Kid). It's such a powerful song, featuring a mid-song instrumental passage during which Patty and David seem transported to another world, a spell broken so abruptly when Patty returns to the vocal that one can hear the audience gasp. Her songs remain the most moving I have ever heard. There's little wonder I was eager to experience Patty's music - live - as many times as I could this year. I'm delighted I made the effort; the whole experience was very rewarding and extremely memorable. 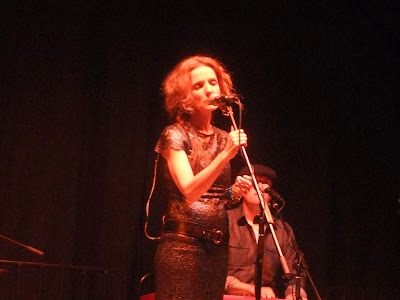 Waiting For My Child

Strange Man
Coming Home To Me 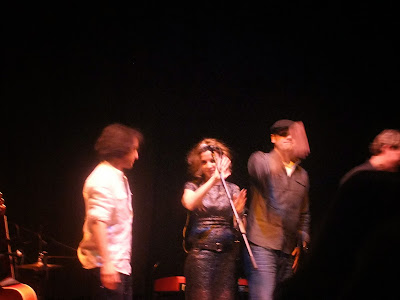