Cara Dillon At The Sage

More than two years had passed since I last saw Cara Dillon so I was delighted to see she was coming back to The Sage. Fast action allowed me to snap up tickets for the front row.

In addition to old favourites such as Garden Valley and Hill of Thieves, we were treated to a fine selection of songs from Cara's forthcoming new album, A Thousand Hearts. These included Jacket So Blue, Shotgun Down The Avalanche (a Shawn Colvin song, recently performed by Cara on the BBC's Transatlantic Sessions) and Donald. The latter featured a memorable switch of pace towards the end of the song. I'm looking forward to hearing the new songs again when the CD is released.

The final song was the tailor-made The Parting Glass. It was an excellent evening and, like all good shows, left us wanting more. Hopefully there will be another tour soon early in 2014 to support A Thousand Hearts. 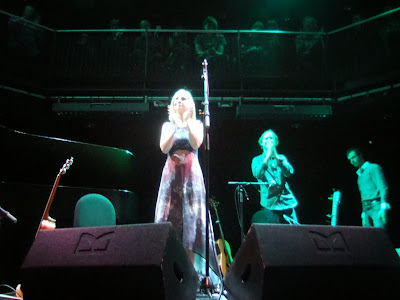