Tara Busch at The Duchess

Tara Busch
The Duchess, York
22.10.2011
Tara Busch provided the support when John Foxx and The Maths played at The Duchess last week.
Tara played a very original half-hour set, starting with a swirl of electronic effects which morphed into an unusual of The Carpenters' 'Don't You Remember You Told Me You Loved Me', which culminated in a blast of space age feedback. 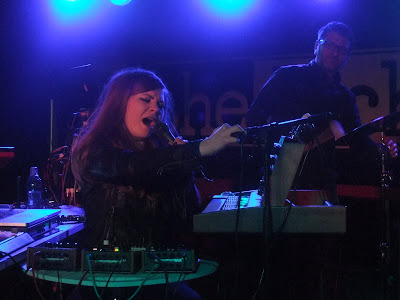 'Big Sun' was next up; as a song, part conventional and part abstract, with a high pitched voice occasionally counterpointing the more straightforward narrative of the song. Parallels could be drawn with Kate Bush and Bjork. Things turned even stranger towards the end of the song as Tara's voice became synthesised and robotic.
Maf Lewis added emerged to add a few background accompaniment, which typically involved hitting a very large cymbal with force. 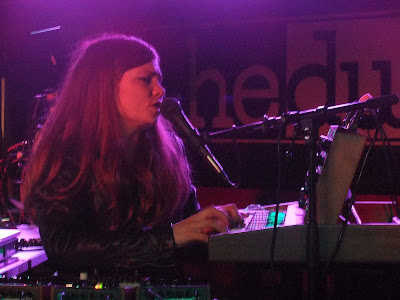 I didn't catch the name of the third song, but the penultimate one was definitely 'We Can See Mars'. 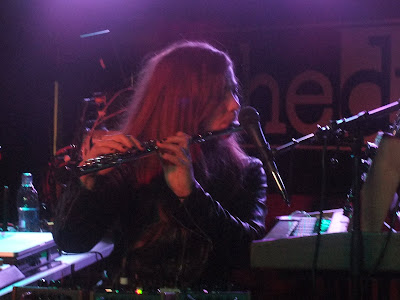 'Rocket Wife', the fifth and final song, brought another slice of operatic space age weirdness, bringing to a close a very intriguing set. Heavy on the electronic side and also with the operatic voice, this music can never be classed as easy on the ear. Yet it is mysterious and thought provoking, challenging the listener at every turn. 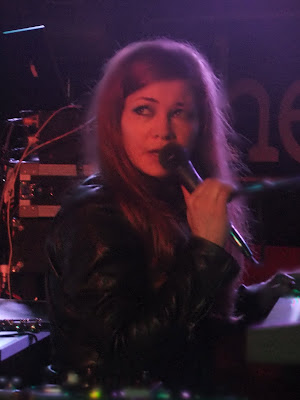 There's more information about Tara and her work here.
Tara also provides the vocals on 'Where You End And I Begin', a track on 'The Shape of Things', the new CD from John Foxx and The Maths. It was originally on sale only at the tour venues, but is now available from Townsend Records.
Posted by Sean Marsh at 00:19