The Doctor Who Experience

The Doctor Who Experience
Olympia, London 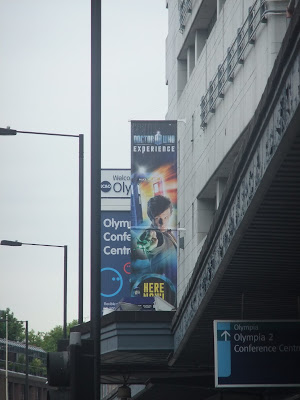 The last time I was at the Olympia I was reporting on the London Chess Classic. This time, the Olympia had been invaded by even stranger creatures. 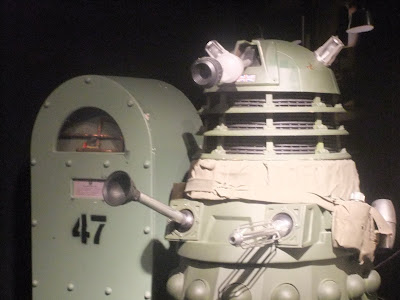 We were greeted by an array of monsters, including Churchill's version of the Daleks.
There was a walk-through interactive adventure which gave some people the opportunity to use the controls of the TARDIS. We met the new Daleks along the way as well as the Weeping Angels. The Doctor (via pre-filmed segments from Matt Smith) instructed people on how to free him from the Pandorica.
Once the mission was accomplished, it was time to have a good look at the exhibits and displays. 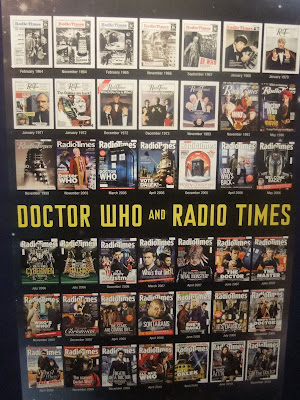 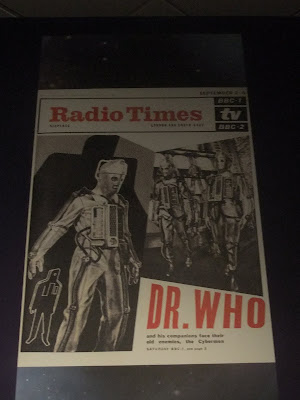 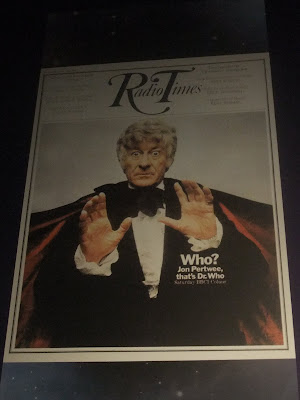 Authentic costumes of all 11 Doctors were on display. 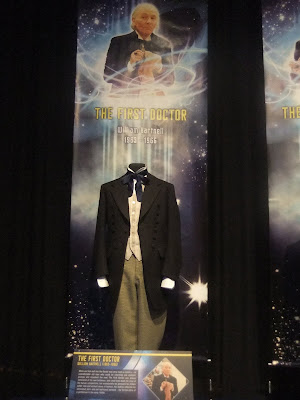 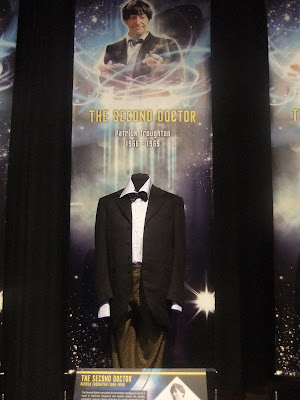 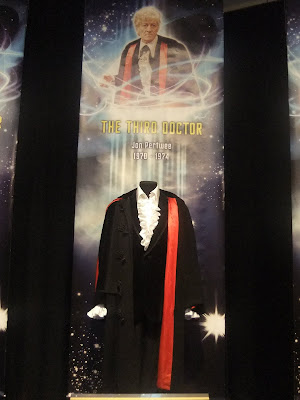 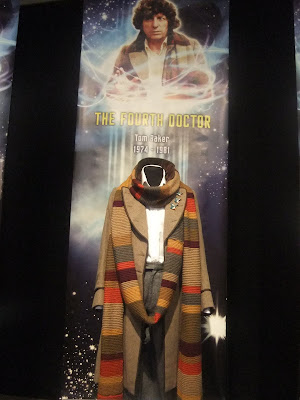 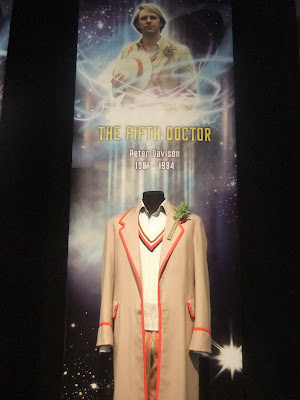 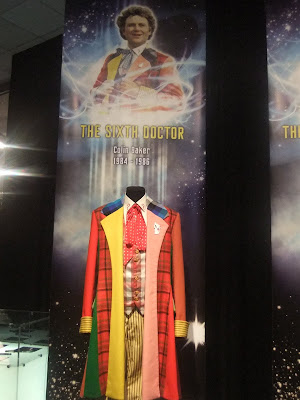 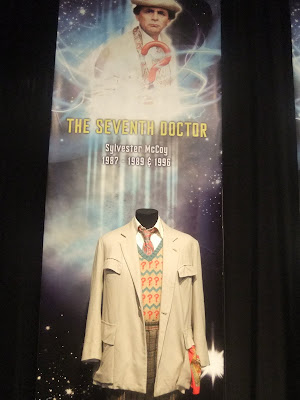 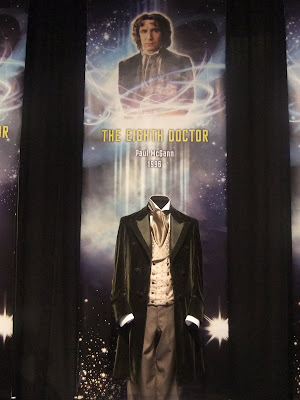 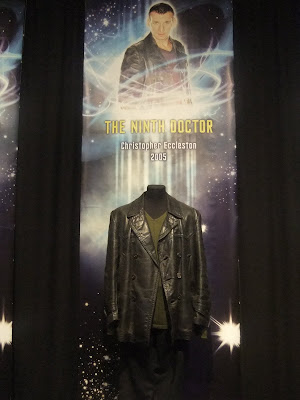 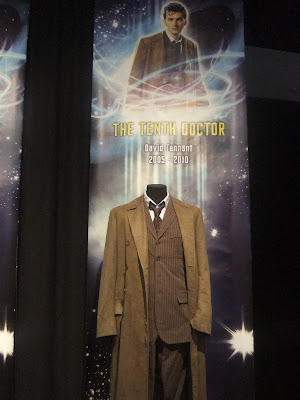 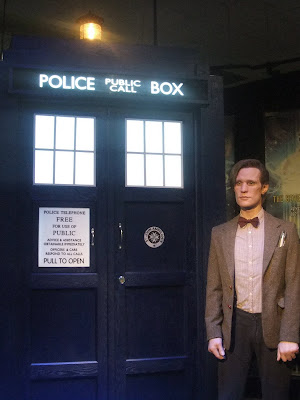 Some of the monsters lurked in unexpected places. Some Silents hung from the ceiling. 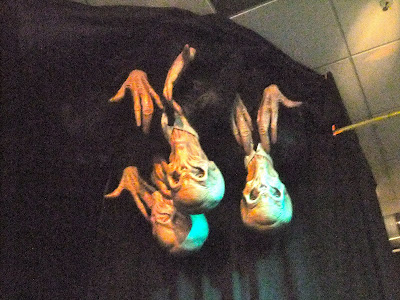 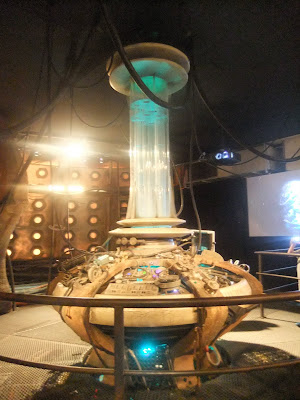 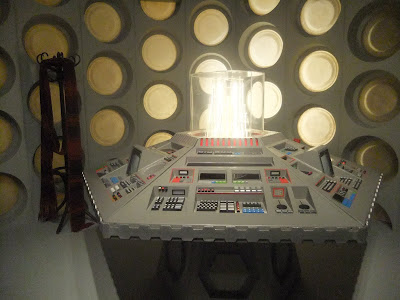 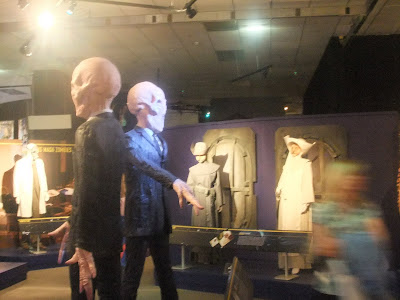 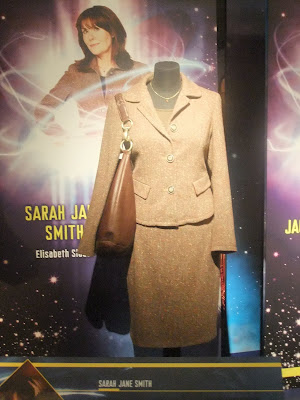 There were authentic costumes from all of the companions since the show returned in 2005. 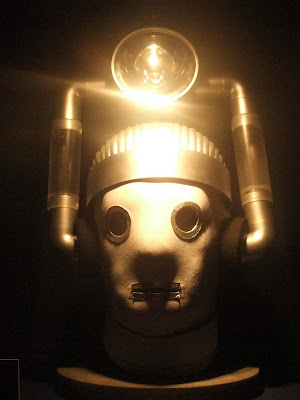 Cyber-heads from all eras were on display (some were replicas). This one is from their first appearance in 'The Tenth Planet'. 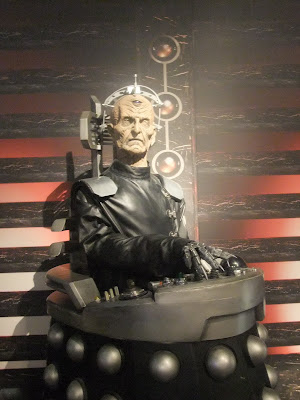 The latest version of Davros was on display, plus Daleks from their earliest days up to the newest versions. 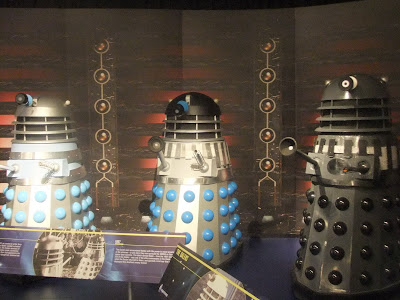 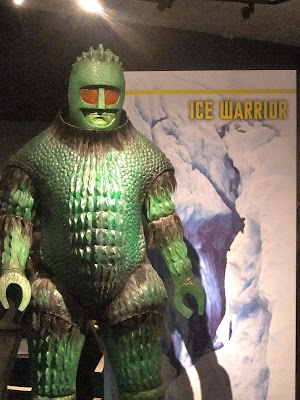 It was a good see the classic monsters sharing the limelight with their modern colleagues. The mighty Ice Warriors are surely due a return to our screens. 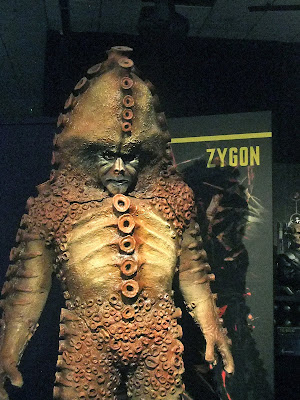 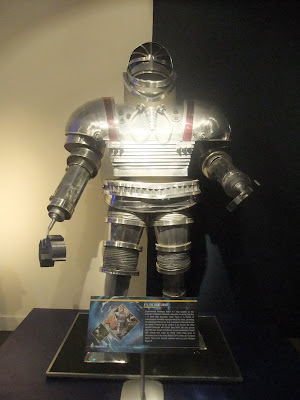 As does the 'Robot'! 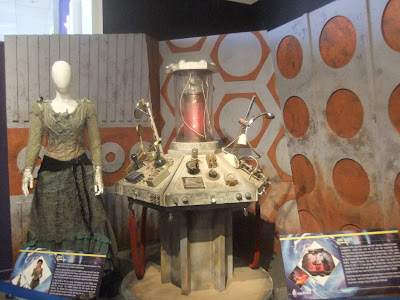 Things were brought fully up to date with exhibits from the 2011 story, 'The Doctor's Wife'.
It was a good experience. I didn't pre-book a ticket but managed to get in straight away. 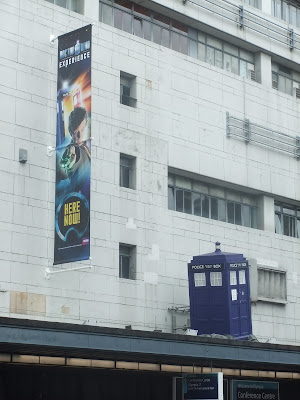 It was only when I crossed the road after leaving the Olympia that I noticed the TARDIS on the roof. 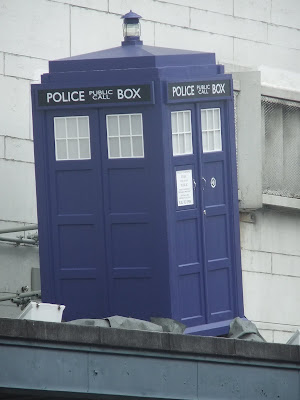 Thinking of going? Check the details on the official website.
Posted by Sean Marsh at 05:15