Here's the first of two columns to round up some more of the recent releases. This one looks at four products on chess openings. All are for advanced players.

The next review column - scheduled for release on Tuesday - will examine products covering all other aspects of the game and then 'Chess Reviews 187' will focus solely on Karsten Mueller's new DVD on Practical Rook Endings. 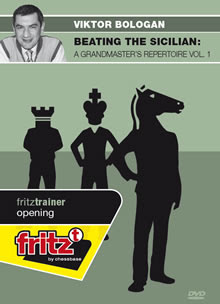 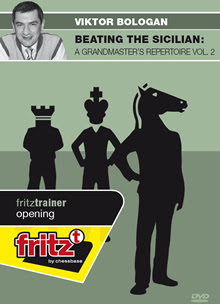 It's a long time since John Nunn's famous book, 'Beating the Sicilian', changed the way people played against the popular defence. The 1980s had seen a surge in popularity of the likes of Bb5(+) and the Grand Prix Attack. Dr. Nunn showed White players there was nothing to be afraid of when entering the main lines with 1 e4 2 Nf3 and 3 d4.

Things have changed since then, of course. Computers led to analysis and preparation taking massive leaps forward and whenever a new book or DVD dealing with the White side of Sicilian battles emerges, the subject is usually some anti-Sicilian or other.

I was therefore surprised to see that the two new volumes by the hard-working Viktor Bologan not only borrow the name form Nunn's classic book, but also take the bull firmly by the horns and present a main line repertoire based on the Open Sicilians.

The Sveshnikov is a really tough nut to crack. This DVD recommends a line to give White a slight positional edge. 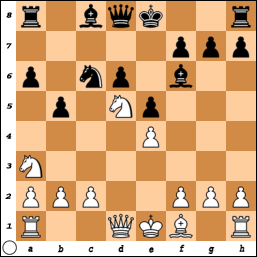 This should be a familiar position to Sicilian slayers. The recommendation is to enter the variations arising from 11 c4, which leads to a big parting of ways. Bologan analyses 11 ...b4, 11 ...Nd4, 11 ...Qa5+, 11 ...0-0, 11 ...bxc4 and 11 ...Bg5. This little snippet alone brings home the difficulties facing any player who desires to be full prepared in main line openings. Nevertheless, this is a Grandmaster's repertoire, so players wishing to follow in his footsteps will definitely have to be prepared to put in a lot of work.

Volume 2 deals with the Najdorf and the Dragon (and the Dragon/Najdorf hybrid). The Dragon is met by the Yugoslav Attack, with 8 Qd2 instead of lines developing the Bishop to c4. The Najdorf occupies a lot of the space on the DVD; it's a massive subject and probably the best of all the Sicilians. 6 Be3 is the weapon of choice (although some of the illustrative games start with 6 f3 before 7 Be3). 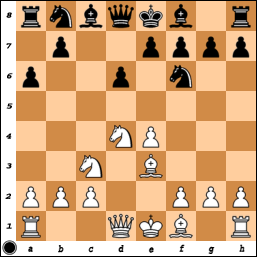 The analysis of 7 ...e5 is very thorough and there are several lectures on the lines arising from 7 ...e6 also.

A third and final volume is in the pipeline, which will cover lines arising from 1 e4 c5 2 Nf3 e6.

As a presenter, Bologan is very professional but his heavily accented, monotone voice can make things hard going at times.

Just as with Bologan's other ChessBase DVDs, these are not for beginners but experienced tournament players should welcome the opportunity to refresh their 1 e4 repertoires and really start to put some of the main line Sicilians under pressure. 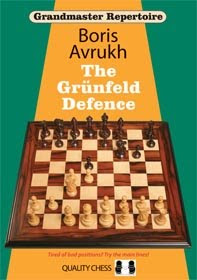 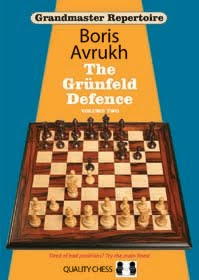 GM Avrukh's two-volume work on 1 d4 established him as a very highly regarded author of opening books. This time, he presents a repertoire for Black against 1 d4/2 c4 in the form of the popular Grunfeld Defence.

In the introduction, Avrukh explains that his first coach, Mark Tseitlin, influenced him to take up the Grunfeld Defence.

'I was attracted by the combative and dynamic positions to which it leads, and relished the prospect of fighting for the initiative with the black pieces'.

Volume 1 impressively deals first of all with White's third move options, which goes further than the call of normal duty. The oddities include 3 Qc2 and 3 h4, among others. Thereafter, the running order is: 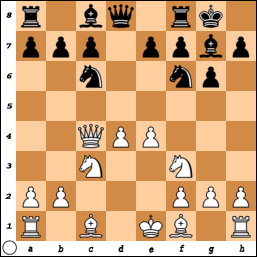 The author remarks: 'This is not the most popular choice at the level, but I am convinced that this move is a viable alternative to the more common lines'.

If the books have a fault, it comes in the narrowness of the repertoire. Typically, only one variation is analysed for Black (the exception comes in volume 2, as mentioned below). I am reminded by Watson's classics on the French, where he always gave a secondary line for Black to use if the main recommendation wasn't to the taste of the player, or was in danger of being too theoretical. Possibly, the strain on the page count of each volume prohibited such an approach here.

Volume 2 is all about the wonderful Exchange Variation (1 d4 Nf6 2 c4 g6 3 Nc3 d5 4 cxd5). I was looking forward to reading about the latest developments in the famous exchange sacrifice line, but the author steers clear of it with a slippery Bishop move. 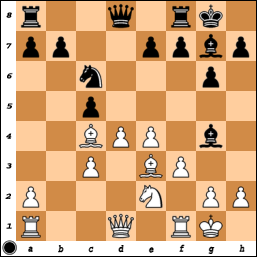 'This move, which leads to typical Grunfeld play, has recently become quite a fashionable alternative to the well-known and exhaustively analysed 11...Na5. The resulting play is similar to that which arises after 10...Bd7, but the inclusion of f2-f3 gives Black additional resources connected with the vulnerable position of the e3-bishop.'

The material is definitely up to date, with the games including the recent Candidates matches.

Anyone who enjoyed GM Avrukh's books on 1 d4 will be quite at home here. These are books for serious players; club players may find themselves a little bit out of their depth. The index of variations in volume 1 runs to no fewer than nine pages (some opening books don't even have chapters that long).

Despite the narrowness of the repertoire, readers will find more than enough top-quality material to enable them to use the Grunfeld Defence very successfully, even at very high levels.
Posted by Sean Marsh at 07:01