Endgame Fireworks
By GM Alexei Shirov
4.5 hours
ChessBase
A presentation on the endgame marks a new departure for GM Shirov. His former DVDs concentrated on a variety of openings and general ‘best games’ collections.

However odd it may seem to see the word ‘Endgame’ connected to Shirov, the second part of the title should assure the viewer that the Latvian wizard is still able to stamp his unique personality on proceedings, even when the board is bedecked with only scanty material.

In his introduction, he makes the remarkable claim that he doesn’t know a lot of endgame theory. This is familiar ‘complaint’ of his spiritual and geographical predecessor, Mikhail Tal, who claimed to be afraid of endgames. Nevertheless, both of them scaled to the very top of the chess world (even though one of them had his hands stepped on as he tried to take over at the summit) and it would be folly to suggest they played endgames poorly. The opponents here are all top Grandmasters, including Topalov, Kramnik, Adams and Karjakin.

His most famous endgame is undoubtedly this classic… 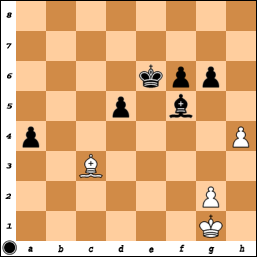 47...Bh3!
He goes into great detail to show that this was the only winning move. Only in 2008 - 10 years after the game was played - does Rybka manage to appreciate the strength of move 47.

It is interesting to discover that GM Shirov took the basics of the idea from an earlier game, in which he suffered a defeat at the hands of an endgame maestro. 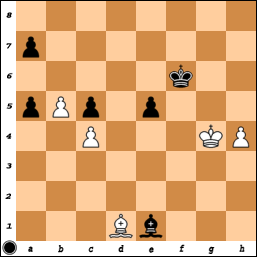 Shirov - Andersson
44...Bxh4! and Black won with the King march f6-f5-e4-d3-c4, after which the passed pawns were much stronger than the Bishop.

There are 17 examples in all. Not all types of endgame are covered; this is definitely not a ‘how to play endgames’ product. The specific areas of interest here include ‘Opposite coloured Bishops’ , ‘Rooks’ (including two Rooks each), ‘Rook and Knight’.

Rooks with opposite coloured Bishops come under great scrutiny, taking five of the lessons. It’s easy to see the appeal they hold for a predominantly attacking player; middlegame themes seep through into the endgames and the unbalanced Bishops can add many a tactical twist to proceedings. An advantage in material is often much less important than piece activity. 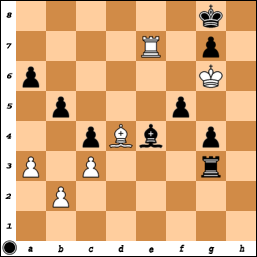 Shirov - Lautier
Quite a few of the examples come from Rapidplay games. The presenter makes the point that even though faster time limits can dilute a player’s strength, the greater reliance on intuition provides fertile ground for the point the is trying to make. It’s the intuitive side of endgame play - with an overriding sense of creativity - that he is eager to demonstrate.

Sometimes, spotting an improvement on his earlier thoughts, he analyses on the go and it’s almost possible to see his mind swiftly running through the variations before presenting his new conclusions to the viewer.

The final example provides a bit of fun. 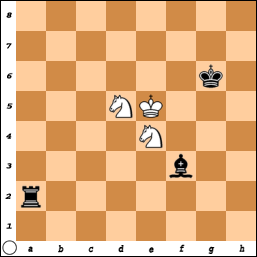 Karjakin - Shirov
The tablebases claim a win for Rook and Bishop against two Knights, but in some cases it can take over 200 moves to force checkmate. As GM Shirov takes the viewer through the game, he compares the actual moves played with the tablebase lines. A little (and imperceptible) inaccuracy here and there has a major effect on the number of moves to checkmate. At one point, Black achieves a position in which checkmate in 28 moves is possible. Along the way, Back could force the capture of one of the Knights, thus extending the 50-move rule.

This is a very interesting DVD and it should provide plenty of inspiration to seek creative solutions to your own endgame problems. It could be the perfect antidote for those who still see endgames as inherently dull.

Facing the World Champions
By GM Vlastimil Hort
4 hours
ChessBase
GM Hort may not be such a familiar character to anyone whose chess study started from the mid-1980s onwards.

His style of presentation isn’t forceful, as if he is trying to sell you an opening variation; he is a quietly spoken gentleman, very much of the old school. After watching just a couple of the video segments one feels at home, as if in the company of a long-term friend.

The games given here feature the kings of chess all the way from Botvinnik to Kasparov (World Champions 6 to 13 inclusive).

The stories behind the games often take as long as the playing over the moves themselves. Every single story is fascinating; the bulk of the anecdotes cannot be found anywhere else.

For example, GM Hort remembers taking an unexpected phone call from ‘Mr Botvinnik’ during the Monte Carlo tournament in 1968. The great champion offered to help him analyse his adjourned game with Bent Larsen, but GM Hort, quite shocked, declined. (It was in Botvinnik’s interests to try and prevent Larsen from scoring a win as he his main rival for first place). When Hort played Botvinnik in the next round, the latter declined the pre- and post-game handshakes.

He certainly doesn’t like to mix politics with chess and this leads to some very interesting opinions of Anatoly Karpov. He highlights how much Karpov was favoured by the authorities but pinpoints the death of Furman (Karpov’s second and father figure) as a major blow. He still gives Karpov his due as being a very strong player and speculates that his performance with the White pieces (in his prime) could well be the best in history.

Of course, a win against a World Champion is a fine achievement regardless of colour, and the presenter is happy to show this encounter: 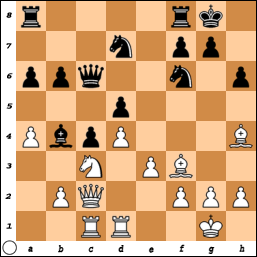 Hort - Karpov
Amsterdam 1981
18 Nxd5! Nxd5 19 Qf5 (1-0, 26)
There are three players that GM Hort thinks deserve the description ‘genius’ and they are Tal, Fischer and Kasparov. He clearly has a very special memories about Fischer and makes the point that the controversial American was always the perfect sportsman at the board.

He thinks very highly of Spassky too. In 1977 they played a tough Candidates’ match and Hort lost the penultimate game on time in a completely winning position. That must have been a bitter blow (it was the furthest he ever got along the World Championship trail) but he has remained on excellent terms with Spassky to this day. He says he looks forward to more meetings with him over the board, when at this stage in their lives they could simply have some fun.

I would definitely like to see more DVDs like this one. It would be great to see other veteran chess heroes - such as Spassky, Portisch, Larsen and Andersson - reminiscing about their finest chess battles

He starts off with two very clear demonstrations of the strengths the two pieces enjoy on a good day. Both are winning positions for White (to play), as you can no doubt comfortably verify for yourselves: 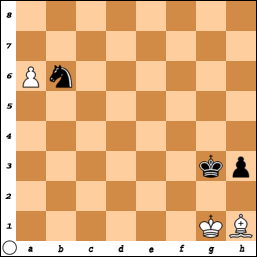 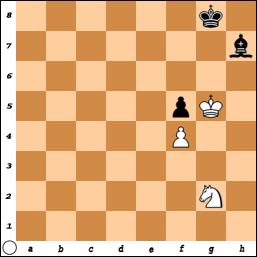 Study by Troitsky
There's a general discussion on the imbalance of strengths and what we should looking out for.

It’s precisely these imbalanced positions that club players tend to find very difficult to navigate over the board. I remember reading GM Bronstein’s theory on why the third World Champion, GM Capablanca, was so successful. The basic summary reveals a very simple method: trade an unlike minor piece early in the game and arrange one’s pawn structure according to the strengths of the remaining pieces

Then it’s on to the main work. As usual, the viewer is encouraged to switch off the analysis window and assess the first of many interesting positions.

GM King talks the viewer through 22 examples of play, methodically building up a store of essential knowledge.

12 test positions follow the main lectures, followed by the answers, with full explanations.

The first of the tests should whet the appetite: 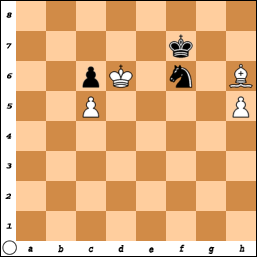 White to play and win
The material is expertly chosen and GM King’s presentation skills are as polished and professional as always. Indeed, in my opinion he is the best of all ChessBase presenters. His delivery is directly to the camera and his natural teaching style comfortably entices the viewer into doing some hard work.

I believe that careful study of this DVD will provide the reader with a thorough grounding of the relative advantages and disadvantages of the Knight and the Bishop. Appreciation of such qualities should enable the viewer to add an extra twist to their over-the-board prowess.

So it is with these three very different ChessBase DVDs that we bring the reviews of 2008 to a close.

The first reviews of 2009 should follow very early in January, so stay tuned.

Missed a review? Pop along to my archive:
http://marshtowers.blogspot.com/2007/12/chess-review-archive.html
Posted by Sean Marsh at 00:21

GM Bronstein told me his theory on Capablanca's play personally when I met him a few times in the 1990s (he came to our county to do three simultaneous displays and other bits and pieces over a number of years).

I think he wrote something similar in his book about the King's Indian Defence (I don't have it with me right now to check). A Google search for his quote might find something.