I went to see Amy Macdonald last night, at Newcastle's Carling Academy. It's the show that was rearranged from October (as mentioned here: http://marshtowers.blogspot.com/2008/11/entertainment-three-great-shows-and-two.html ). 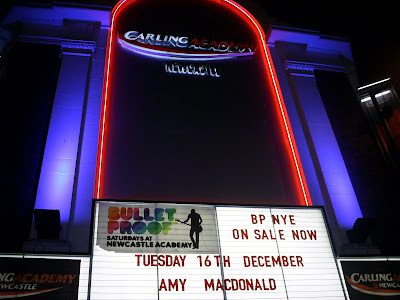 There was a very large queue of people waiting to go in. The venue is 'standing only'; the doors opened at seven but the main act didn't come on till nine so it was a long wait. However, it was well worth waiting for.

The band came on first and struck up a fast and furious tempo. After a minute or so, Amy Macdonald appeared, strummed her way into the tempo and launched into a blistering rendition of 'Poison Prince'.

I took a few photos, all which were from a distance so are not of the highest quality. Nevertheless, they give a decent impression of the concert in progress.

She came across as modest yet excited when she spoke to the audience between songs. She was very happy to impart the news that her debut CD, 'This is the Life', had now sold two million copies.

Over the course of the first hour, Amy and the band ripped it up with all of the well known songs from her CD, including 'Mr. Rock & Roll', 'This is the Life' and the barbed 'Footballer's Wife'. 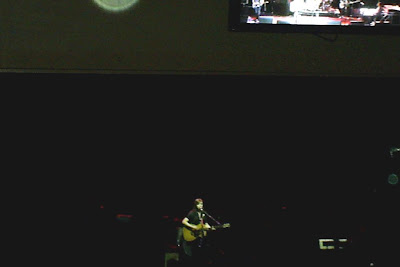 After a short break - and with the audience (estimated around 2,000 people) calling for more - Amy emerged and did a great solo acoustic version of 'Dancing in the Dark'. 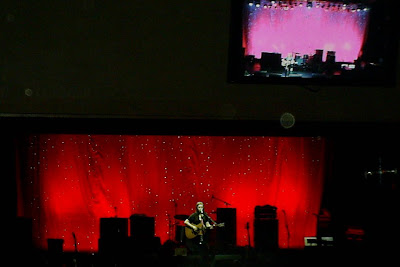 Then the band came back on and they played for another 20 minutes. It was all good, exciting stuff. 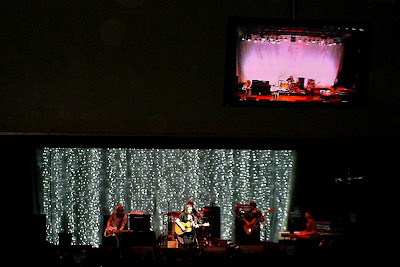 It's been a packed year for Amy Macdonald, with constant touring and very impressive sales. There will be pressure now to come up with a worthy second CD. She certainly has an abundance of talent and energy and has kept her feet on the ground. The complete lack of tabloid sleaze stories is extremely refreshing.

I feel sure that we will be seeing and hearing a lot more of her in years to come.
Posted by Sean Marsh at 06:15