The first album I ever owned was ‘Vienna’ by Ultravox. I thought it was superb and quite unlike anything else I’d ever heard. Consequently, Ultravox were the first group in which I really took an interest. I even went to see them in concert twice; once for the ‘Quartet’ tour and the other for the ‘Lament’ tour; both times in Newcastle.

I have strongest memories of the ‘Quartet’ show; it was the first concert I ever went to. I remember the curtains drawing apart, the first glimpse of the very impressive ‘Monument’ stage set, the dry ice drifting towards the audience, the first tantalising piece of music from ‘Reap the Wild Wind’…and then suddenly Ultravox were there on the stage, giving it their all.

There was Midge Ure, impossibly cool with his greased-back hair, moustache and sideburns; Warren Cann, pounding the drums into submission and every now and then switching his attention to do ‘something electronic’; Chris Cross, stage-left, master of the bass and definitely the one with the coolest name; Billy Currie, stage-right, lost in a world of keyboards, doing extraordinary things with his legs as he played.

The Messengers, the support act, were part of the main show too, taking up their own position amidst the Monument, stage-left, behind Chris Cross.

I’d not had the ‘Quartet’ album very long at all but every song had already burnt its way deep into my brain, where they remain to this day.

Naturally, they covered all the classic songs from ‘Vienna’ and ‘Rage in Eden’ too. Who can ever forget ‘the bit with all the drums’ at the end of ‘The Voice’?

It was one of those ‘nights you never want to end’. After a wonderful couple of hours, it was suddenly time to climb on the bus back home.

I have seen Midge Ure three times in recent years; once with his band (Newcastle) and twice on his own, acoustically (Darlington and Hartlepool). I never thought there’d be the chance to see Ultravox together again, particularly as there were apparently clashes between certain members.

However, following a period of intense speculation, it was announced last week that they are, incredibly, re-forming for a 2009 tour. Pop along to your usual ticket site if you still can’t believe it, but don’t be so shocked that you forget to snap up some tickets while you are there.

It’s been a long time. I was still at college when I last saw them (that makes it about a quarter of a century ago). Sometimes it’s possible to roll back the years; sometimes it’s not. I am very confident that ‘Return to Eden’ will be a huge success.

Will the next time also be the last time, or will further tours and new recordings follow? Who can say. The only important thing now is to go out there and enjoy it as it happens.

The best place to find all the latest Ultravox news is:

....(the official John Foxx website) to your favourites too while you’re at it.

Thanks to the dedicated - and much appreciated - efforts of Cerise Reed and Rob Harris, the two sites have risen far above the level of standard websites and their respective forums are well supported and healthily maintained.

A lot of work has been done on the upgrading and reissuing of Ultravox and John Foxx material and this is an evolving project.

'Vienna' and 'Rage in Eden' have just been given the full treatment (see the official site for full details, including downloadable expanded booklets) 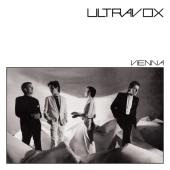 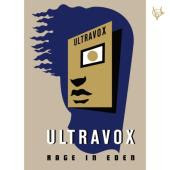 For the best selection of John Foxx material, including limited edition releases (such as the recent 'Impossible' and 'Neuro Video' CDs) you need to keep an eye on: 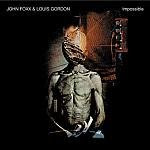 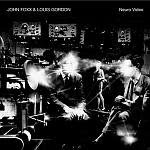 With so much material being released and 'Return to Eden' a reality, there's never been a better time to (re)discover Ultravox.