The famous book ‘The Lion: The Black Weapon’ is due to be revised and reprinted by New in Chess towards the end of 2008.

Inspired by the original book, I used the system as my main weapon for Black over the course of 2006-7. I recently surveyed my Lion experiences and this resulting article may be of interest to club players looking for a new and/or surprise weapon.
I make no claim for presenting perfect play in the following games (far from it) but will hopefully show that one can reach fresh and interesting positions using The Lion.
My first attempt came in a local league match, against a lifetime 1 e4 devotee. However, I was surprised to see 1 d4 appear on the board. Fortunately I had been preparing various ideas after 1 d4 d6 so gave it a try. White then replied 2 e4 so we back in the territory I was originally hoping for.
Richardson,D - Marsh,S
Elmwood v Hungarians
Cleveland League
09.02.2006 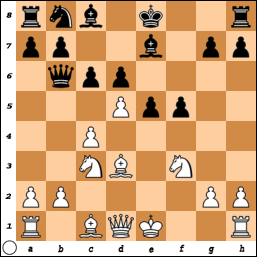 
I subsequently tried the sacrifice again but it didn’t turn out very well. 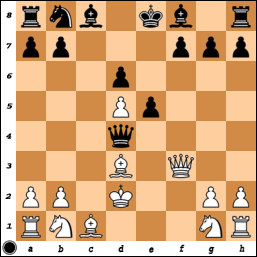 Now it took a lot longer to organise …f5 than I’d have liked. Jonathan kept the lid on the Black tactics and went on to win nicely. 1-0 (37)

I concluded it was too risky for anything other than blitz but was surprised to see a further example, in the recent book by GM Joel Benjamin. (http://marshtowers.blogspot.com/2008/01/chess-reviews-35.html)


The specific position I was especially keen to test is: 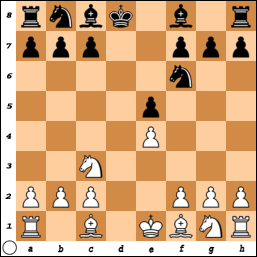 This variation is known as The Lion's Yawn. Yet care must always be taken with big cats, whether they are yawning or growling.

I had some very enjoyable games in this line.


(A model game for Black was played over a decade ago and formed part of my preparation. Many of Black’s aims are perfectly demonstrated, particularly with the advance of pawn mass in the ending. I found it one of Brian Stephenson's (http://bdslog.blogspot.com/) tournament bulletins. 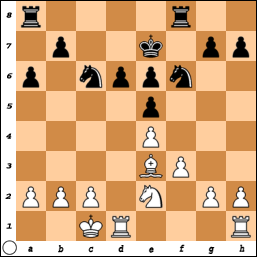 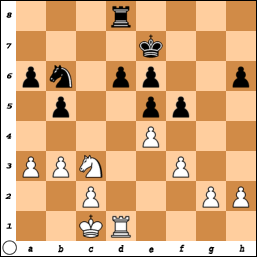 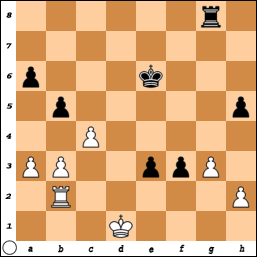 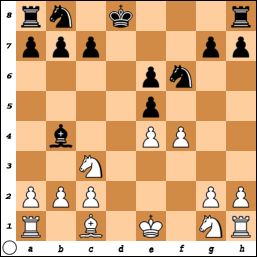 Black is already better! Dave said that after the Wall game he had concluded that the Black centre must be attacked as early as possible. Yet such trouble can rebound on the lesser-developed forces.

Hoping that the development will compensate for the loss of the pawn. Black is very well off here though, with no weaknesses (e6 can't be attacked!), a better Minor piece and a target on e5. 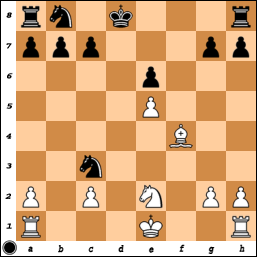 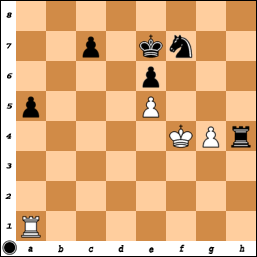 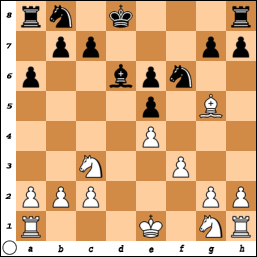 Despite some strange aspects to Black’s position, a deeper investigation of the position reveals a decent choice of middle game plans. In some cases, a sequence featuring…h6 and …g5 could be initiated, with a minority attack on the Kingside. If White castles on the Queenside then Black can consider a plan of action on that side of the board, with, for example, Rooks positioned on a8 and b8 and a general advance of the Queenside pawns. The doubled e-pawns control a lot of central squares and Black’s King turns out to be very happy on e7.

White has played natural enough moves but somehow Black’s pieces have manage a better job of coordination. Black eventually made us of the semi-open g-file (after White exchanged Knights) and kept White tied down with Kingside defensive chores while organising a final break on the Queenside. 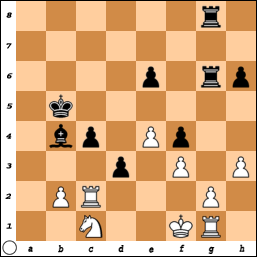 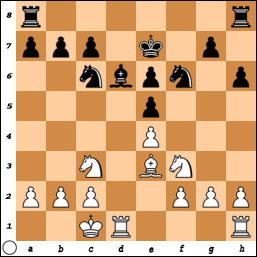 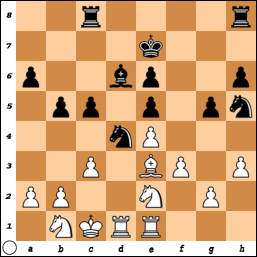 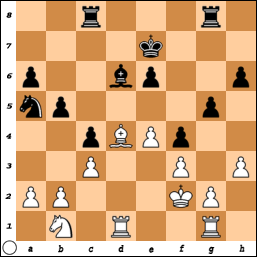 25.Bf6+ Kxf6 26.Rxd6 With a draw offer. White was low on time but I still had a decent amount in reserve. The extra space, better King, the weaknesses on g2 and d3....all added up to a solid advantage so I played on... 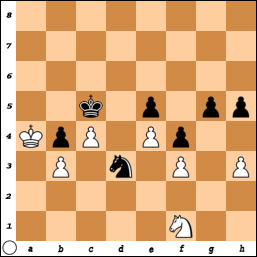 I was delighted to be able test out The Lion against IM Bill Hartston, formerly England’s top player. 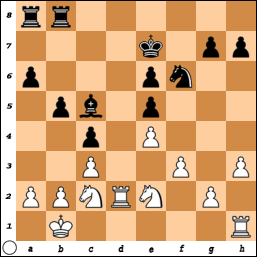 Black seems very comfortable in the final position and perhaps the draw was agreed a shade too early, but you know what simuls are like…

4 Nf3, officially leading to a Philidor Defence, is another very popular choice. True Lion fans will be pleased to try out The Lion’s Claw - an ambitious Kingside attack. 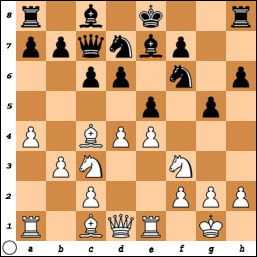 The plan of attack is clear to see. Moves such as …Rg8, and…Nf8-g6-f4 are clearly on the agenda. Black’s King may have to stay in the centre but it’s not all that easy for White to get to it. Over the board, with the clock ticking and Black playing the first dozen or so moves very quickly, it’s easy to see that a lot players in the White position could certainly feel the pressure.
Later in the game we reached this interesting position.

The game was drawn some time later; a decent enough result as Black in the first game of a tough match. White has played good, natural moves but 7 h3 - a common mistake - has granted Black a convenient target. Indeed, it proved to be fairly easy to crack open the g-file and create serious pressure. 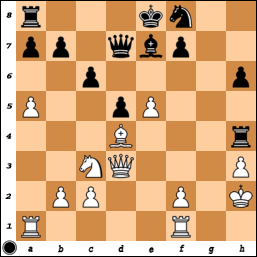 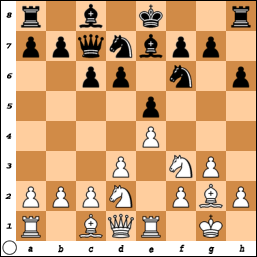 Indeed, Alan kept the Lion at bay throughout the middlegame and it was only later on that the Black Knights were able to spring into action… 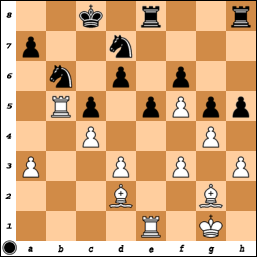 I won another couple of games against more unusual White tries. 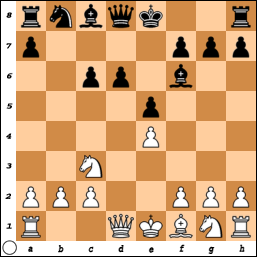 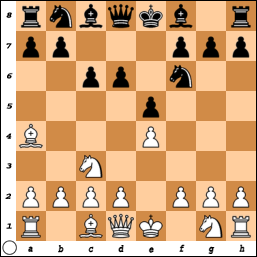 Black’s position was highly satisfactory in both cases. 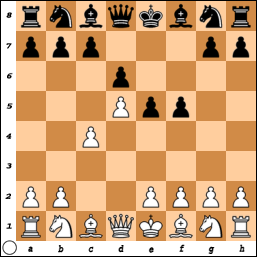 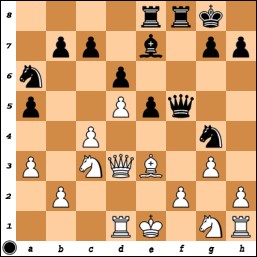 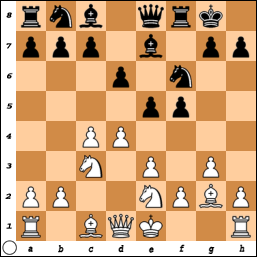 Black is officially shaping up for a Kingside attack but the system is not a one-trick pony. Indeed, Black’s winning plan emerged on the other side of the board, demonstrating the system’s flexibility. 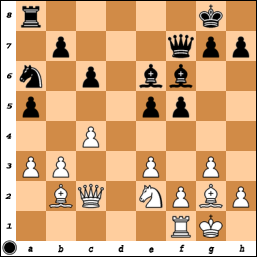 Here’s a (3-minute) game against Fritz 11 played just after this article was written: 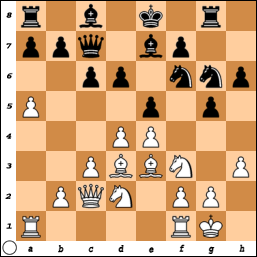 A very typical Lion’s Claw - and all played very quickly by Black. 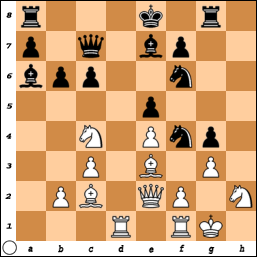 I’m sure most humans would rather be Black in this position.

Hmmm…perhaps I should have won from here. 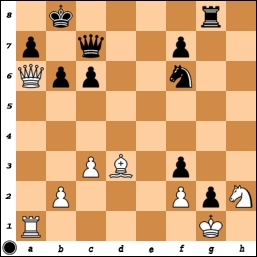 The Lion: The Black Weapon by J. van Rekom and L.B. Jansen
Visit The Lion website: