Chessbase have introduced yet another new feature; Opening Reports in the Fritz Trainer format. These work in exactly the same way as the dedicated Fritz Trainer DVDs, with an expert presenting video lectures and the viewer having access to a number of Windows, such as one for the board, one for the video, another for the list of moves etc.

Other aspects of the game are covered in the Fritz Trainer format, including a bonus piece for those who have enjoyed ‘Chess for Scoundrels’ by Nigel Davies and a further selection featuring Daniel King, Karsten Muller (eight (!) video presentations in addition to the usual amount of material), Oliver Reeh and Robert Knaak. Samples are included from some more of Chessbase’s recent output.

In addition to the new-style reports, there are 11 more in the more traditional format. The openings covered this time are:

A Modern Way to Avoid the Grunfeld Defence by Igor Stohl


Positional Play in the Classical Benoni by Mihail Marin


The Main Line of the 4-Pawns Attack by Tibor Karolyi


The Modern Treatment of the Alekhine by Dorian Rogozenko


The Philidor Defence - Passive, but Solid by Lubomir Ftacnik


The Janisch Gambit with 4 Nc3 - Part 1 by Evgeny Postny


Deviations From the Rio de Janeiro Defence by Mihail Marin


A Simple System Against the Slav by Efstratios Griva


The Fianchetto Variation with an Early …c5 by Dorian Rogozenko

Of particular interest are the surveys on the Alekhine Defence and Janisch Gambit. Both were played at the highest level recently and Black seems to be having more than his fair share of the fun. 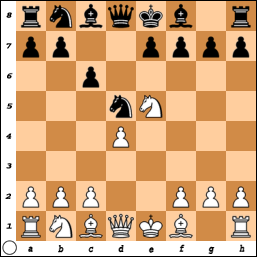 The humble c-pawn move has been quietly developing into a very reliable weapon for Black. Combining Rogozenko’s survey with Martin’s Fritz Trainer presentation will give the reader an easy to learn addition to their opening repertoire in a very short period of time.
1315 recent games are included in this issue and about 120 of them annotated. The most important are undoubtedly those from the Moreila/Linares Supertournament. Some of these expert clashes are annotated by the elite players themselves (Anand provides two impressive audio commentaries) and the majority of the rest have notes by a plethora of well known Chessbase authors.
Aronian provides the annotations for his dramatic Marshall Attack against Anand… 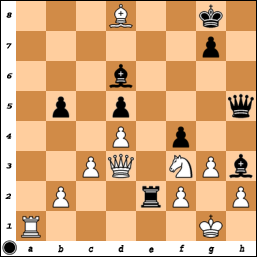 
The top GM tournaments are bloodthirsty affairs these days and no chess fan will want to be without a these fighting games in their databases.

The influence of Bobby Fischer is still keenly felt in all things chess and Daniel King provides a superb lecture all about the great champion’s game with Weinstein (US Championship 1963).
Here’s a couple of examples from Reeh’s excellent section on tactics. 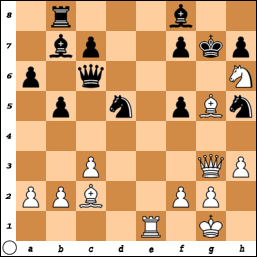 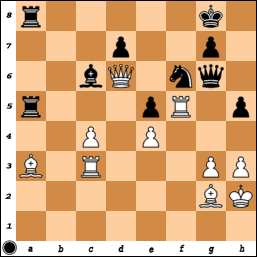 Yudin - Orlinkov
How can Black gain a decisive advantage?

This is a top quality chess product with an absolutely astonishing amount of material. Players of all strengths - from club player to Grandmaster - will find plenty of entertainment and instruction here.

‘If you want to be a well-rounded chess player, it is vital that you have a good understanding of positional play.’

GM King’s series on various aspects of chess strategy continues with this, the sixth volume of Power Play.

His introduction sets the scene for what is to follow; the focus of attention will fall on the topics of:
The Isolated Queen’s Pawn

Three sets of test positions follow (one set for each category) and GM King urges the viewer to switch off the notation window and, even better, to analyse with a real chess set.
Then it’s on to the meat of the DVD as the Grandmaster guides the viewer through a whole range if instructive positions from top level chess.

The Isolated Queen’s Pawn is one of the cornerstones of chess strategy and remains controversial. Some players are always happy to make use of the extra space and attacking potential granted by owning the isolated pawn; others wouldn’t ever feel comfortable unless they were the side playing against it and are delighted to have straight forward strategical plan at their disposal.

The games of the 12th World Champion, Anatoly Karpov, come under considerable scrutiny and provide almost perfect examples of how to exploit the inherent weakness of the Isolated Queen’s Pawn. 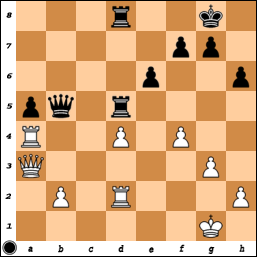 Karpov’s play in this, the ninth game of the match, borders on perfection. GM King explains the plans for both sides leading up to this position and shows how cleverly Karpov frustrated his opponent’s intentions while still pursuing his own. The icing on the cake is Black’s next: 35...e5! and 0-1 (43)

After a number of reversals, balance is restored in the second set of example which show the attacking potential granted by the IQP in full flow. 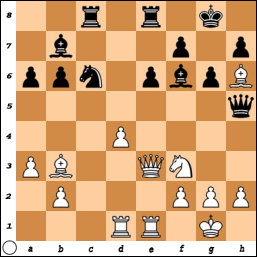 Smyslov - Karpov (Moscow 1971) is a particularly famous example and was clearly a very important learning experience for the future World Champion. Here, with astonishing impunity, the IQP charged rudely into the very heart of the Black position:

As GM King rightly says, it would be easy to fill 10 DVDs with study material based around IQPs. Other top-level clashes which would benefit from detailed analysis include the 1969 Petrosian - Spassky World Championship match (in which the former, despite his extraordinary positional skill, failed to deal with Spassky’s ambitious IQP play inaugurated by his surprising choice of the Tarrasch Defence) and the 1974 Candidates’ Final between Karpov and Korchnoi (in the which the latter drew several IQP games with Black in the Tarrasch Variation of the French Defence).

The power of passed pawns is discussed in the next section and we move on to ‘Tension’, which deals specifically with the decision to made when central pawns clash. Is it best to push, exchange or maintain the tension? 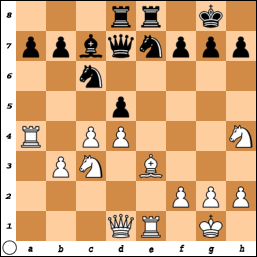 Before computers became too strong for even World Champions to beat, humans could often employ positional traps with long term consequences. The metal monster misjudged the position and released the tension with 19 c5?

Kasparov set about creating favourable circumstances as a prelude to a Kingside attack. He traded the Bishop for Knight on c3 then swapped one of his Knights for Whites. This created a good Knight v bad Bishop scenario and he went on to win with an advance of the Kingside pawns. If White hadn’t pushed his c-pawn on move 21 then the tension in the centre wouldn’t have given Kasparov such a free hand on one side of the board.

The Power Play series may not have the universal appeal of (for example) a disc on the latest variations of the Sicilian Defence but there is a tremendous amount of chess wisdom for the attentive viewer. In my opinion, GM King is the best of all of the Chessbase presenters and his teaching skills are exemplary.

‘Making the right strategic decisions belongs to the most difficult tasks at the chessboard. But how can one enhance one’s strategic understanding and methodical play?’

Another of Chessbase’s regular (and popular) DVD presenters, former World Champion GM Kasimdzhanov, must spend a significant amount of time recording his thoughts.
This time he presents several of his own games and pays particular attention to the strategic and positional aspects of play. This is tricky territory for most players. Most understand the need for tactics and in some ways can understand a tactical Grandmaster slugfest better than a strategic masterpiece. This is one reason that a collection of Tal’s games will generally be more popular than a similar assortment of Petrosian’s.

Six of his own games are analysed in great depth. The analysis is split into different parts, with the Istratescu game being the longest with no less than five video lectures.

The analysis is through and deep, beginning with the very first moves. There is a discussion after 1 e4 c5 (in a game against Anand) highlight the basic aims of both colours; White has the makings of grip on the White squares and Black quite the opposite. This breaking down of material to the very basic strategical level will be very helpful to those who like to follow moves blindly, with little thought as to the reasons behind them. This is truly a step-by-step approach.

The openings covered are:

‘The Spanish Torture’ against Ivan Sokolov was particularly instructive for me as it’s the opening I have played the least out of all of them (I know, I know! I would have been a much better played if I’d tried it more as a youth).

I found the explanations of the plans and strategies to be extremely illuminating and instructive. From the very basic points - discussing why 3 Bb5 is not indirectly threatening the e5 pawn, despite appearances - GM Kasimdzhanov builds the plot up to the key positions, with plans and ideas for both sides clearly highlighted along the way. 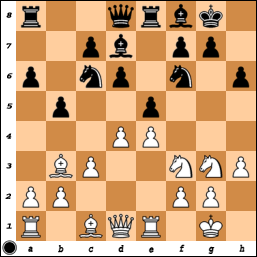 This is a key position and the nuances are very well explained. The former World Champion also discusses the reasons he now definitely prefers White, when he used to be to play either colour. 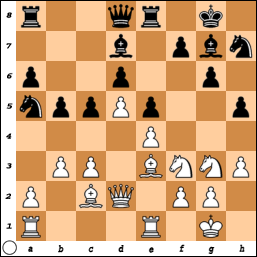 This position is judged to be better for White, based on the extra space granted by the d5 pawn and the lack of prospects for the a5 Knight. At this point GM Kasimdzhanov invites the reader to imagine they are playing a tournament game and the task is to mull over the plans before proceeding with the next video lecture.

The concluding part of the game is then given and the student can compare what they would have played with what actually happened.

It’s not so easy for a strong player to break things down into easily absorbed chunks of chess instruction (try it ‘down the club’!) but GM Kasimdzhanov makes the task look very easy, with a relaxed yet thoroughly professional approach.

In his ‘Outro’ the presenter quickly runs over some basic points and then explains why this DVD focussed mainly on openings and early middle games. Volume 2, he says, will be on Endgame Strategy. But that, dear readers, is another story…

It’s hard to believe that anyone who carefully studies the material presented on this month’s Chessbase DVDs won’t increase their understanding of chess and eventually improve their over-the-board results. The two Fritz Trainers reviewed here have a combined running time of just under nine hours, surely representing excellent value for money. Highly recommended!

For further details of all Chessbase products, please visit:
http://www.chessbase.com/

For the archive of my chess reviews, please see here:
http://marshtowers.blogspot.com/2007/12/chess-review-archive.html