Beating Unusual Chess Openings
By IM Richard Palliser
‘Dealing with the English, Reti, King’s Indian Attack and other annoying systems’ says the cover blurb and I’m absolutely certain that most club players would agree that the named openings are indeed very annoying to play against.
One problem is that such openings are very transpositional and slippery; White players can often get away with lots of relatively sub-standard moves and still not suffer too many consequences. A Black player armed to the teeth with anti- 1 e4 and 1 d4 systems can often go astray against the alternatives.
IM Palliser’s latest book aims to provide Black players with a very reliable repertoire to send into battle against all the sensible options to the two most popular opening moves.
The English is the first opening to be covered and it rightly takes a larger share of the book than any of the others; 99 of the 223 pages. Some authors are tempted into taking a bit of a short cut and supplying a system that can be (just about) used against virtually all White options. For example, it is possible to adopt a solid, Slav-based repertoire and recommend meeting The English with 1 …c6 and 2 …d5. However, anyone who has seen any of IM Palliser’s impressive tomes would never expect such a plot device.
Here he takes the bull by the horns from the very start by advocating one of the main lines - the Symmetrical English. This requires a twist to enable Black to pursue the full point and it duly appears on the fifth move…
1 c4 c5 2 Nc3 Nc6 3 g3 g6 4 Bg2 Bg7 5 Nf3 e5 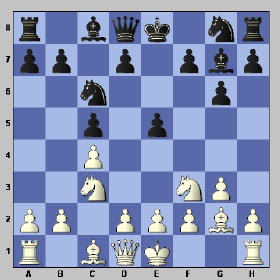 Yes - a Botvinnik System for Black! A confident player will be happy with this slightly pushy option, but for those who prefer something different two other options are offered later in the chapter; namely 5 …d6 and 5 …a6. The former, remarkably, is followed up by the unlikely looking 6 …Qd7. You’ll have to buy the book to discover the ideas behind that early Queen move, but I can tell you it all looks to be very sensible stuff.
Three more chapters on The English provide full - and extremely interesting - coverage of all the options to the main line, including two lines of play against a Botvinnik set-up by White and what to do if White plays for a very early d2-d4.
There’s some fascinating Larsen-esque stuff along the way, such as:
1 c4 c5 2 Nc3 Nc6 3 g3 g6 4 Bg2 Bg7 5 e3 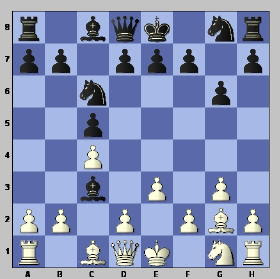 Part 2 of the book covers a collection of odd-ball first moves, which are often easy to deride but never quite so easy to combat in the cold, hard world over the board. Openings such as the Nimzo-Larsen Attack and Bird receive excellent coverage and room is also found for rarer birds, such as The Grob. I was especially pleased with the coverage of the audacious g-pawn lunge … see UNCUT! 57 for more details!

1 Nf3 is covered in the third and final part. I think the majority of players would even rate this as the most annoying of all. The author clearly has some sympathy with this view and takes a few pages to mull over why such a modest move presents such difficulties. Imagine you like playing The Dutch against 1 d4; l suddenly it’s not so easy, as after 1 Nf3 f5 2 d3! has been scoring very well. So after 1 Nf3 you may plump for 1 …c5, hoping to transpose to the earlier English lines, but your opponent knows you are not at home in a Sicilian and slyly plays 2 e4! and then gives you a little Sozin to think about.

The author makes life easier by providing good lines for the reader after 1 …c5, 1 …d5 and 1 …Nf6, so everybody should be happy!

VERDICT:
With more than 20 items listed in the bibliography, it is perfectly clear that the author has worked very hard to produce the finest possible coverage of all the annoying openings. Every player will find something of interest here. The section on the English is worth the cover price alone and as a whole I’d say that for coverage of all the non-e4/d4 openings this is the best single-volume work available. A very useful addition to anyone’s chess library and -given that theory will develop very slowly in the majority of cases - it’s a book that should have a long shelf-life for the competitive player.

Shh! Keep it to yourself, but it’s one of the best-kept secrets that Philidor’s Defence is actually rather good and currently enjoys a cult following that is slowly - but surely - growing. The late David Bronstein once famously wrote: ‘…There can be no doubt that many of you will come to like Philidor’s Defence, perhaps forever.’ This was written a long time ago in ‘200 Open Games’ but people have generally been slow to catch on. After all, many are still swayed by the apparently forced advantageous lines given by Keene and Levy in ‘An Opening Repertoire for the Attacking Club Player‘, or some knowledge of the crazy ….f5 lines which everyone knows are unsound (but probably few could actually prove if it came to the crunch). The best-case scenario for Black - according to folk-lore - is to get a very passive position with a Bishop stuck on e7 (just like so many lines in the Ruy Lopez…?).

So…can it be that there are enough promising lines for Black to fill an entire book - and one running to no less than 304 pages?

The introduction sets the scene with a quick look at various typical pawn structures and an inspiring game by Philidor himself.

The book is then divided into three main parts, with a roughly equal page count.
Part 1 looks at the unusual and generally poor lines (the ones which often end up in the ‘White to play and win’ repertoire books) and also considers the Larsen and Antoshin variations, in which Black plays 3 ..exd4 and follows up …Bg7 and …Be7 respectively. The author is somewhat suspicious of these lines but nevertheless provides very good coverage, with clear advice on the best lines to try.

Things get more sophisticated from part 2 onwards. Here, the current popularity with the cult is revealed. Ever since it was discovered that Black could aim for the sounder Philidor lines with the move order 1 e4 d6 2 d4 Nf6 3 Nc3 and only then 3 …e5 (or even 3 …Nbd7 and 4 …e5), that has been the most popular route. Indeed, an earlier book, ‘The Lion’ by dealt exclusively with variations from such move orders and should be essential reading for anyone interested.
Part 2 takes a good look at the deviations from the main line, analysing 3 f3, 3 Bd3, the ending after 3 …e5 4 dxe5 and the trendy 3 …Nbd7 and then 4 g4 or 4 f4. There’s some very tricky stuff here. After 3 f3 Black might slip into a Saemisch KID, which might not be to his taste, but a plan involving …Be7 and ..Bg5 is recommended here, trying to swap the bad Bishop for White’s good one. Theory isn’t very well developed in these sorts of lines and there is much scope for creativity and over-the-board inspiration. 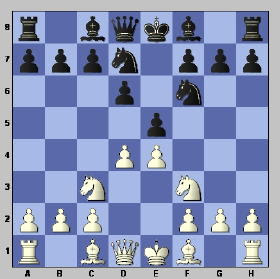 Part 3 gets down to the nitty-gritty, with full and detailed coverage of the Hanham Variation.
Black can have a lot of rebound fun if White takes the bait with 5 Bc4 Be7 6 Bxf7+?! and similar sacrificial ideas. GM Bauer guides the reader through everything Black needs to know to enter such lines with confidence.

The key position for GM Bauer’s suggested lines comes in the final chapter, when both sides have avoided the pitfalls and mines on the road. 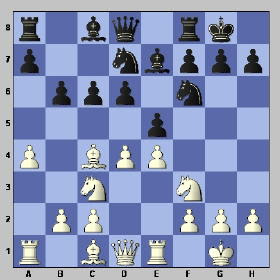 ‘Black believes in his ability to ‘hold’ the centre and repel an eventual Kingside attack from White, while preparing counter play on the Queenside by means of …a6 and …b5.’
The book now considers five different options for White, with a plethora of possible pawn structures and plans to follow. There’s always lots of tension and therefore good chances to play for the win.

The explanations of the various plans are well presented throughout the book - this by no means a database dump. There is an index of variations, but not of games and despite a few minor references to other books in the text there is no bibliography. It’s possible that the increased page count led to them being squeezed out but they would have been useful.

VERDICT:
There’s lots of new analysis and interesting ideas in this impressive book. Careful study of the lines presented here could provide the deodorant your stale opening repertoire badly needs. Maybe you will even end up agreeing with the great Bronstein and he will have been proved, as so many times before, to have been ahead of his time!