The author takes a repertoire approach rather than offering encyclopaedic coverage. Given the astonishing amount of theory attached to all openings - never mind something as old yet eternally popular as The Ruy Lopez - this is a very sensible approach.
First, there’s a good foreword by GM Nigel Short, who has very positive memories of the lines IM Greet recommends, as they were instrumental in his famous match victory over Anatoly Karpov back in 1992.

Every repertoire requires a solid backbone and the vertebra advocated comes in the shape of the Worrall Attack. 1 e4 e5 2 Nf3 Nc6 3 Bb5 a6 4 Ba4 Nf6 5 Qe2 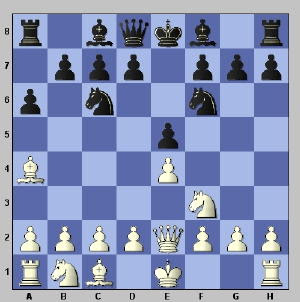 The author explains that this is a mid-way house between the other two approaches: entering the main theoretical lines or hiding behind something more obscure and probably not particularly good.

One advantage of the Worrall is that a lot of Black’s exciting options are instantly removed, such as the tricky Open Variation and The Marshall Attack.

So what is the Queen doing on e2? Firstly - protecting the e4 pawn. It’s also more active there than on d1; for example, a lunge with a2-a4 will carry more force as a Black pawn on b5 will be under attack from the Queen too. The d1 square is free for occupation by a White Rook, which could cause the Black Queen some embarrassing moments down the d-file. In short - Black will have some fresh problems to solve, rather than being able to rattle out 15-20 moves from theory.

Coverage of the Worrall takes 132 pages and is thorough enough to give the reader an excellent grounding in what to expect over the board and how to proceed.

The troublesome Berlin Defence 1 e4 e5 2 Nf3 Nc6 3 Bb5 Nf6 has been popular since Kramnik used it to blunt Kasparov’s attacking prowess in their World Championship match back in 2000 (although one can almost see the likes of Lasker and Tarrasch looking down from on high, muttering: ‘Bah! You lot didn’t invent it, you know!’). Ruy Lopez players must take it seriously as it is sure to come up in their games.

IM Greet recommends crossing a lot of Black’s plans with 4 Qe2. Black no longer has any funny stuff after …Nxe4 and White’s plans can be similar to those in the Worrall Attack, so it fits in nicely with the repertoire.

The famous meddlesome sidelines – such as the Bird Defence (3…Nd4) and the Schliemann (3 …f5) - are all dealt with sensibly and even the rarest of lines (3…g5, 3...Bb4 etc) receive some coverage. Of particular interest is the chapter on The Classical Defence (3…Bc5). The author makes a strong case for the unusual variation starting with 4 Nxe5. 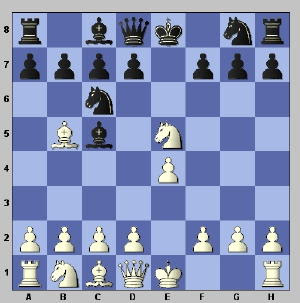 This option has been largely neglected, despite a similar ‘fork trick’ being popular in other openings. Intriguing food for thought.

VERDICT:
I hope there will be more books from IM Greet. His articles in CHESS Magazine are always very readable and instructive and he has carried such style over into his debut tome. A critical test of an opening book should be: Does it make me want to play the lines in question? In this case, the answer is an unequivocal ‘yes!’ He has clearly put a lot of work into his book and readers should benefit from his efforts.

With more and more people preferring to study chess on their computers and laptops rather than good old fashioned dead trees, it was always going to be just a matter of time before the idea was put into practice and now it is here - the start of a whole series of Everyman chess books on CD!

The ‘Starting Out’ volumes on The King’s Indian, The Scotch Game, The Queen’s Gambit, The Sicilian Dragon, 1 e4!, Sicilian Najdorf and Chess Tactics and Checkmates are already available in this new format, as are the books Play 1 e4 e5! and The French Advance (2nd Edition).
Simply load up the CDs on your computer and you have a perfect copy of the book in question, with links to all the featured games for very easy reference. It will cut down the number of books serious players have to take to tournaments!

It will be interesting to see how popular these CDs prove to be and whether they go on to replace books completely in the fullness of time.