Dear Readers,
While reviewing ‘Beating Unusual Chess Openings’ I was reminded of some analysis from what seems like a lifetime ago.
When I was at college in the early 1980s (yes folks, I really did go…) and then at Guisborough Chess Club a curious trend had taken hold of a number of players. It all started with Guisborough supremo Stuart Morgan. For someone who always seemed so dapper and correct, it came as a bit of a shock to see him spend several years essaying one of the wackiest of openings…The Grob! 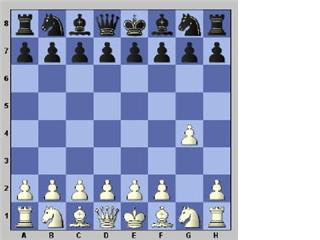 Inspired by the chess audio tapes of Mike ‘The Spike’ Basman and the small book ‘The Tactical Grob’ by Claude F. Bloodgood (serving life for matricide when he wrote it) Stuart adopted this strange beast for a few seasons, confounding those who were expecting his normal Scotch Game. He even took to playing it with Black, which marked quite a change in style form his habitual Petroff Defence.
The funny thing is, his results with the Grob weren’t bad at all and soon he was inspiring - or should that be contaminating - a lot of the college players. It is said that one should set trends rather than follow them, and Stuart was certainly a trailblazer at the time. I remember one confused opponent leaning over and asking him: ‘Is that the move you want to play?’ Such a comment was ahead of its time, as nobody played chess over the Internet in those days and ‘mouse-slips’ were definitely a thing of the distant future.
I even tried it once myself (..always desperate to get into the ‘in’ crowd, that’s me…) in a match between Prior Pursglove College and Guisborough B. It went a bit wrong and I lost a pawn but with a Queen and Rook left each I figured there was enough counter play to hold comfortably, so I offered a draw. Without a word in reply, Tom simply played a move. This frustrated me…how ignorant, I thought! I made another error and then even allowed the major pieces to be swapped off, leading to a lost King and pawn ending (I thought my advanced King would compensate for the missing pawn but alas it was not to be). Talking about the game afterwards, Tom said he thought it had been heading for a draw when the Queens and Rooks were still on. I asked him why he didn’t accept my offer and it turned out he was merely very deaf and hadn’t heard me say anything! So I learned a couple of valuable life-lessons that night, concerning not only judgement of people but also judgement of what one should or shouldn’t try and get away with over the board in openings and endings.
The defeat rather put me off playing The Grob but given its popularity at Guisborough I was always going to face it a few more times.
Like all openings, The Grob does have it tricks and traps and there are some paths to quick victories. For example, after 1 g4 d5 2 Bg2 Bxg4 3 c4 c6 4 cxd5 cxd5 5 Qb3 e6?? 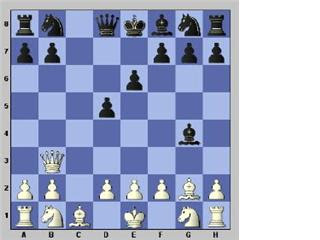 …White eschews the b-pawn in favour of the stronger 6 Qa4+! picking up the stray Bishop.
I witnessed a regular debate between two other Guisborough players who upheld different sides of the great Grob debate. Andrew Henderson played 1 g4 almost exclusively at the time and his permanent chess rival Tim Blake insisted it was poor. Tim devised a line - typical of his style - which offered some material in return for serious attacking chances. It is this very line which appears in IM Palliser’s new book, and which brought back so many memories.
1.g4 d5 2.Bg2 Bxg4 3.c4 dxc4 4.Bxb7 Nd7 5.Bxa8 Qxa8 6.f3 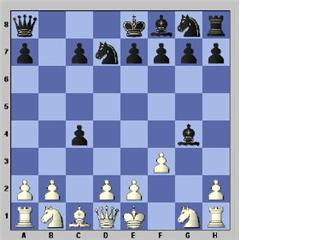 Well, who would you rather be here? Tim and Andrew consistently improved the resources for both sides but I can’t remember them ever coming to any definitive conclusion.
However, I do remember a particularly potent line against the Black Grob which KO’d a few Guisborough and college players in short order.
1.e4 g5 2.Bc4 h6 3.h4 gxh4 4.Nf3 Bg7 5.Nxh4 d6 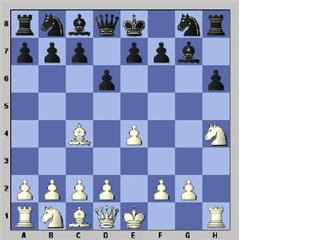 …and now it suddenly becomes apparent that the Knight wasn’t just capturing on h4 for fun but was getting into position to step into g6 at an appropriate moment…
6.Bxf7+ Grobbery with violence! 6 …Kxf7 7.Qh5+ …and Black would do well to last much longer. It was this line that finally convinced a lot of college students that the Black Grob sorely lacked the timbre to make A-level status.
To conclude this little grub around in the Grobbery, it’s time to grab a couple of games from the past, featuring the chief Grobber himself. They not be the most accurate and they may not the best games he ever played with 1 g4/…g5 but I have chosen them for a very good reason…they are the only two I’ve got…
Stuart Morgan - C. Proctor
Calderdale Major (6), 05.1986
1.g4 d6 2.h3 g6 3.Bg2 Bg7 4.d4 c6 5.c4 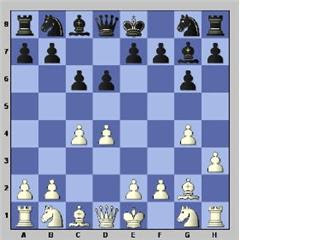 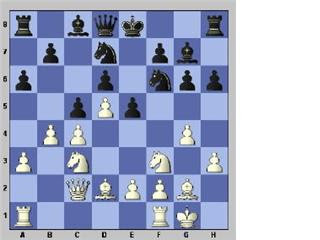 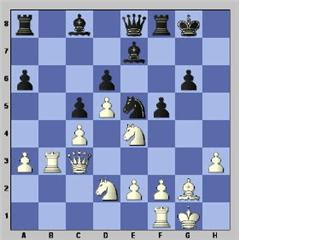 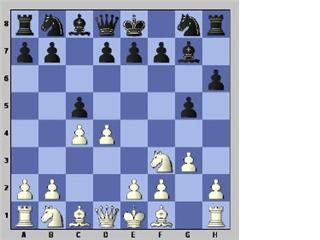