The Hootones at the Georgian Theatre

Back to the local Teesside scene at the ever-innovative Georgian Theatre (one of the region's best venues for old and new music alike) and I was happy to support The Hootones with their Gypsy evening.

I had already encountered key members of The Hootones last year, in the form of Serinette as part of the Day In Day Out festival back in August 2018 and as Samantha Durnan, supporting Heather Peace at Arc.

Melissa Rose opened the show with a very interesting set, combining covers with her own songs. 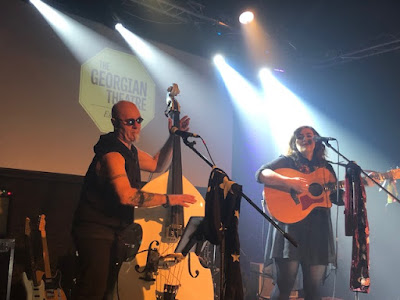 Following a short break, a deluge of dry ice heralded the arrival on stage of The Hootones and they hit the ground running with a bullet-paced set of covers in their tribute to inspirational singers.

The set list shows the range of songs in their impressive repertoire and the list of artistes represented makes fine reading too, with Stevie Nicks, Fleetwood Mac, Alannah Myles, Patti Smith, Joni Mitchell, Cyndi Lauper, Annie Lennox, Blondie, Bananarama, Belinda Carlisle, Madonna and The Bangles being all present and correct. 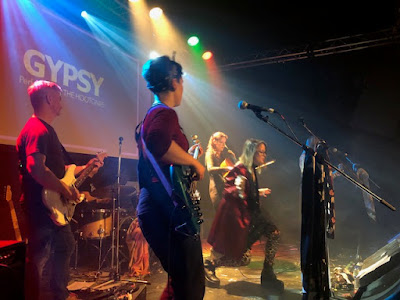 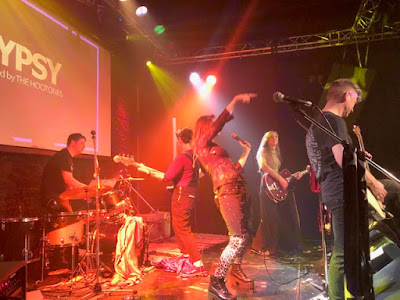 The venue was packed out and the audience very appreciative. This was, apparently, the first major show The Hootones had performed, making it an exemplary debut. They played with admirable energy, looked and sounded great and made a considerable impression. Hopefully they will return to The Georgian Theatre in the not too distant future. 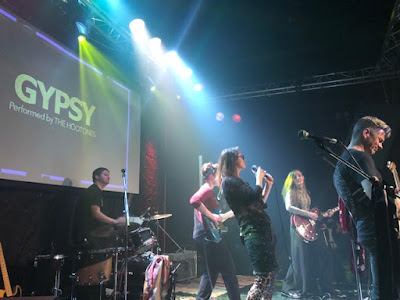 Follow news and tour dates for The Hootones over at their official website and keep up to date with the ever-growing number of shows at The Georgian Theatre here.
Posted by Sean Marsh at 06:27