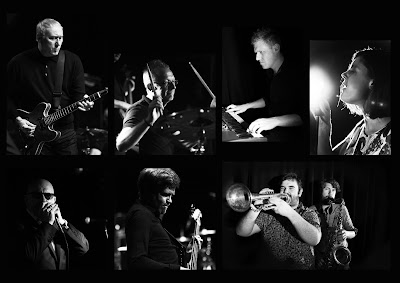 Cult Rhythm and Blues heroes Nine Below Zero are currently touring the UK in support of their brand new album 13 Shades of Blue, and will be performing at The Arc on Saturday 22 October.

Since their genesis in the 1970s, Nine Below Zero have been known for providing unique and innovative music in the form of alt blues-rock, a breath of fresh air in a pop punk era. Speaking about the tour, front-man Dennis Greaves said “To be back on tour with all the guys is incredible….the energy, enthusiasm and the magic are back.”

“We never had a hit single, but we became a cult band with an almost fanatical following. It will be great for us all to reconnect with the fans” Dennis concludes.

Singer/guitarist Dennis Greaves formed Stan’s Blues Band in 1977 with school friends, then recruited harmonica maestro Mark Feltham who lived on the same Peabody Estate in Tulse Hill, South London. “I thought we were the only people playing blues, but when we got on the circuit I discovered there were other bands out there”, Greaves remembers. “There was Red Beans And Rice, The Blues Band, The Little Roosters, The Inmates, Dr Feelgood – it was quite a big thing.”

Changing their name to Nine Below Zero in 1979 and signing to A&M Records, they released their classic live set Live At The Marquee. The Glyn Johns-produced Don’t Point Your Finger followed in 1981 as well as an appearance on BBCTV’s The Old Grey Whistle Test. Their last album before splitting, Third Degree, followed in 1982,the band promoting single Eleven Plus Eleven on the first episode of hit comedy The Young Ones.

Greaves reformed Nine Below Zero in 1990 with Feltham, who left in 1992 but rejoined in 2001. They are still an incendiary live act as those who witnessed their 2014 show at the ‘100 Club for The Blues' second birthday can confirm, and all that listen to 13 Shades of Blue can attest it is a fitting and accurate tribute to the Blues.