With The Sage packed to the rafters, just as it was back in 2010 when I last saw the Transatlantic Sessions, expectation levels were set very high indeed. The show started promptly at 7.30 p.m. (without support) and lasted for approximately two and a half hours (with a short break at half-time). During that time, the audience was held spellbound by the glittering array of extremely talented artistes on display - 17 in all! 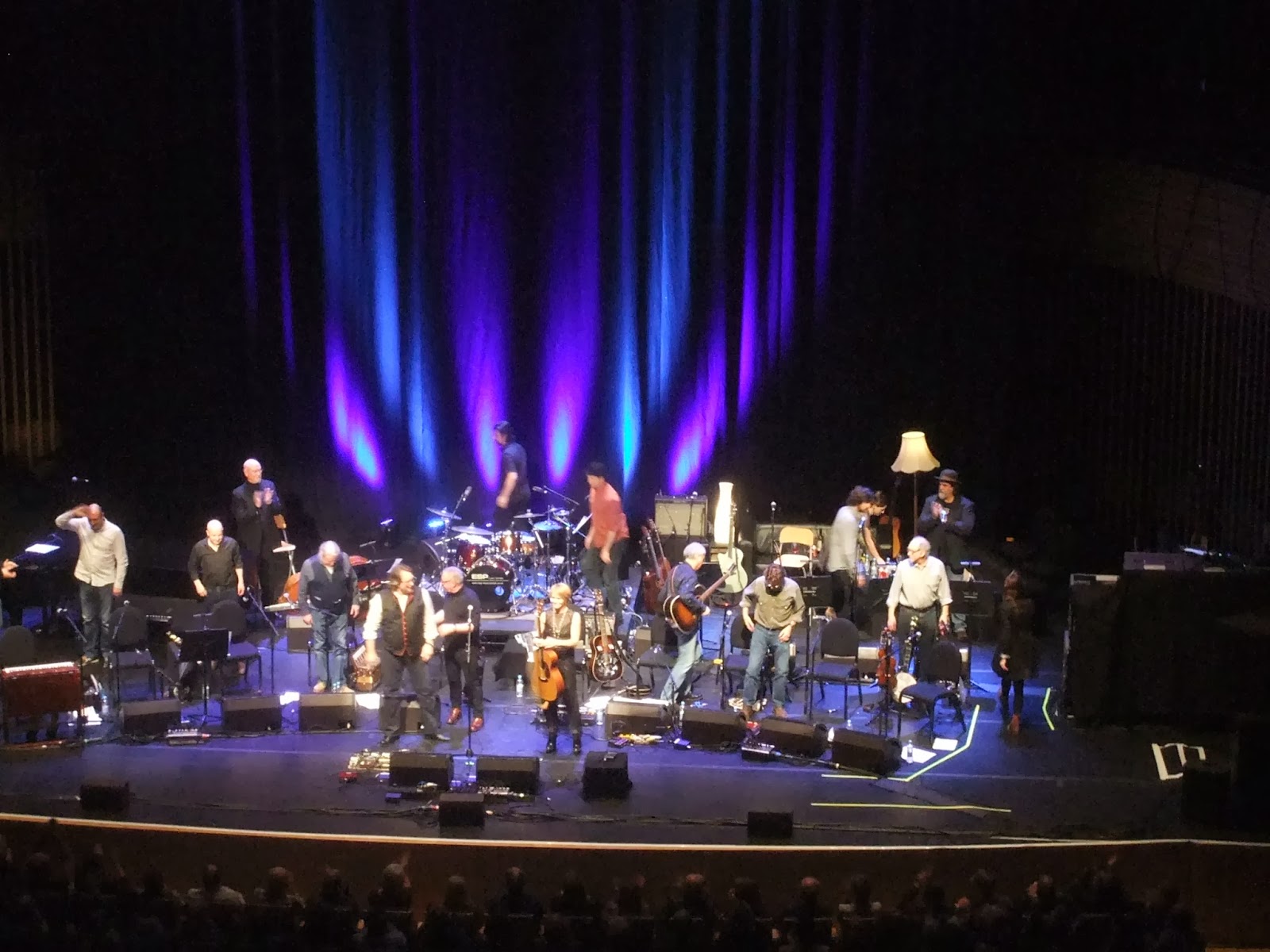 Each artiste brings something unique to the sessions, either vocally or via their instruments of choice (guitars, Dobro, fiddles, piano, drums, banjos, harmonium, flutes, mandolins, upright bass, accordion...and probably one or two more along the way).

They all had their time in the spotlight too, granting frequent chances in tempo and genre. Jerry Douglas even played solo for the first 10 minutes or so of the second half. 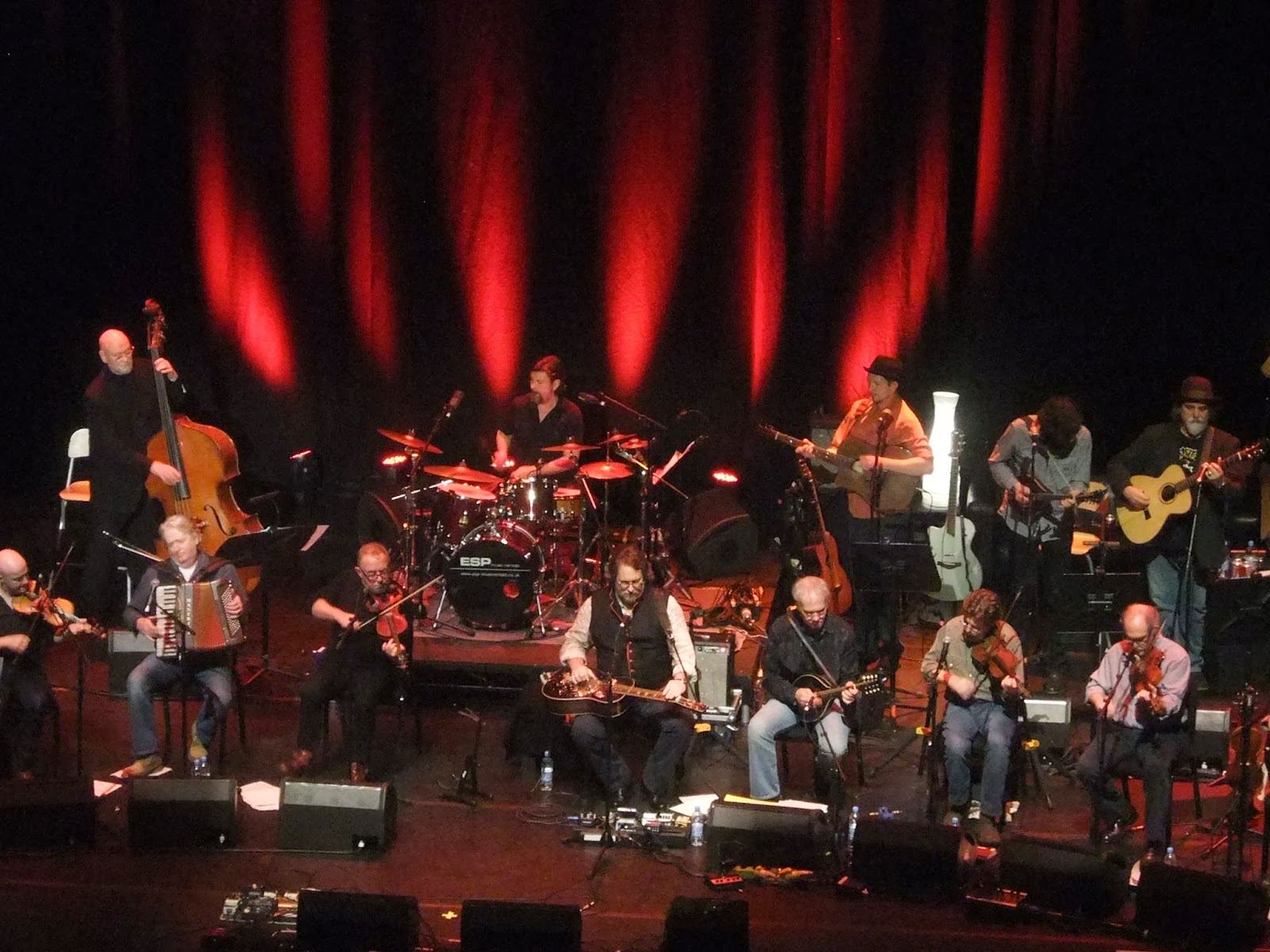 Genre-wise, we had folk, country, blues, bluegrass, Celtic and Americana. It was quite an evening. 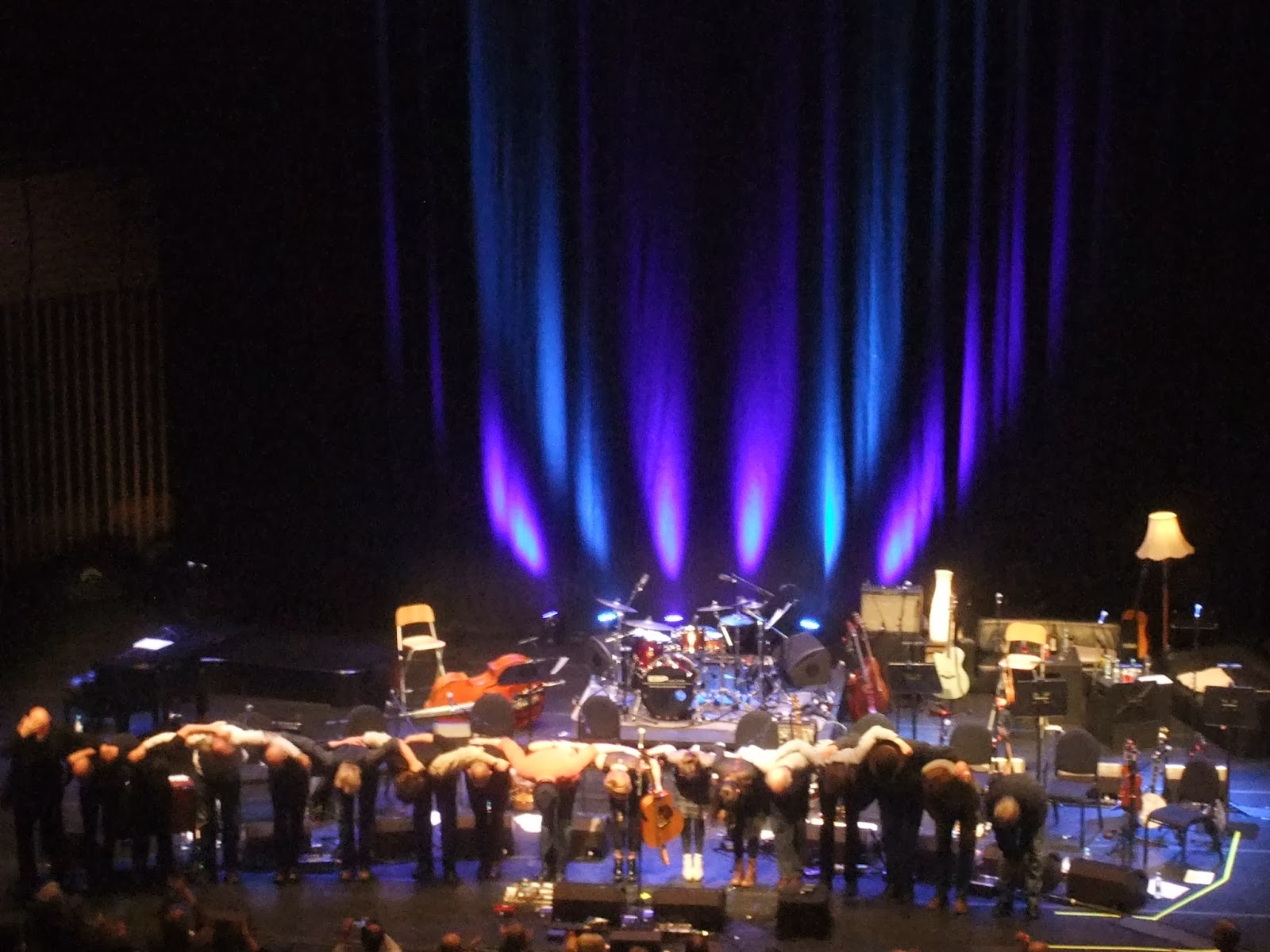 Hopefully we can catch the tour around the same time next year, as the Transatlantic Sessions make their way down the country from the Celtic Connections festival.