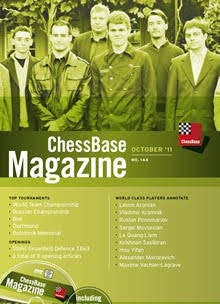 ‘A hot summer for chess means that the new issue of Chessbase Magazine contains five really top tournaments. Starting with the World Team Championship in Ningbo in China and the Russian Championship in Moscow via classic tournaments in Biel and Dortmund going all the way to the Botvinnik Memorial, in which the four best players in the world tested their rapid chess skills against each other.’

Nobody has more games in this issue than Kramnik. His results are still frustratingly inconsistent. He was second to Anand in the Botvinnik Memorial, convincing winner of the Dortmund tournament (for the 10th time!) but had to be content with a share of third-fifth in the Russian Championship.

Perhaps it is a sign of the times that the great Botvinnik’s memorial tournament was ‘only’ a Rapidplay event. It is doubtful that he would have approved of the format, but would probably have been pleased to see the World Champion, Anand, competing against Carlsen, Kramnik and Aronian.

With such a line up, the games deserve proper attention and the magazine’s annotations pinpoint some interesting key moments. 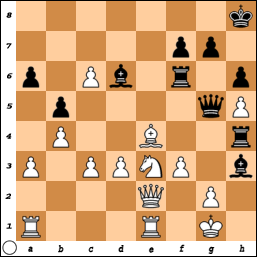 One would expect youth to triumph at the faster time limits, in which case Carlsen’s position, at the foot of the table, is hard to explain. An examination of the games on the DVD provides the answer; he was badly out of form. 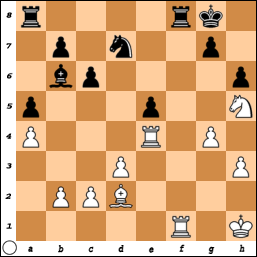 I like to read notes by top players about their own games. It is rare to see a top GM write so honestly about a defeat, so Ponomariov’s annotation were quite refreshing. 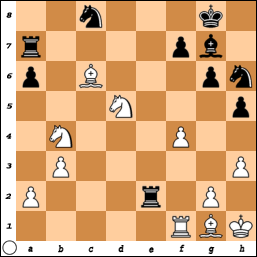 ‘It turns out that White does not have to rush to take the rook on a7, as it is not going anywhere.’

‘To my horror, I realised that in the tactics, White can take the Nc8 with check, after which the Ra7 becomes indefensible. At the same time, I cannot even organise perpetual check, because when the bishop on g1 takes the Ra7, it frees g1 for the white king!’

It is good to know that even players rated 2700+ have the same ‘cold shower’ moments as the rest of us. It’s both encouraging and enlightening, and it shows the value of prose annotations as opposed to long lines of analysis festooned with symbols.

On a similar theme, we read how Kramnik was eager to take Nakamura out of his preparation (another thing we all try to do at club level). 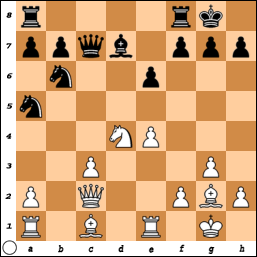 In a Nimzo-Indian with 5 g3 (‘As expected. Since Hikaru has started working with Kasparov this has become his favourite weapon against the Nimzo Indian’), the former World Champion was keen to break out a prepared line, but he had to wait a little while before he managed to do so.

‘So far White had not spent any time on his moves, so I started to search for a decent move which would make him think.’

I like the human touch at the very end of the game too. 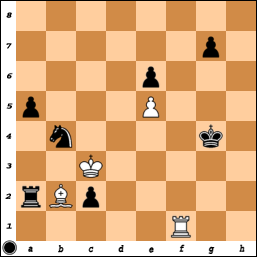 Black has a huge advantage (the engines scream well over +4) and White finally called it a day. ‘I am very strong in such positions, so Hikaru resigned here.’

These are good examples of exactly the sort of annotations I like.

There are some fascinating video clips from post mortems at the Biel tournament. One features Carlsen and Morozevich demonstrating one of their two drawn games. 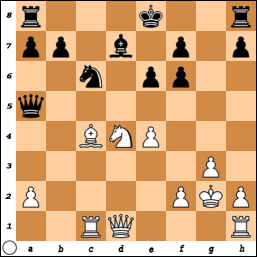 Morozevich is keen to look at 15 Nb5 here, as an alternative the game move, 15 Bb5. Carlsen comes across as very down beat. ‘Yes, but I couldn’t remember anything, so…’ Morozevich tries another couple of suggestions ‘Sometimes it just doesn’t happen…’

The opening surveys are a popular part of the magazine. This time they feature:

All of the regular features are present and correct, of course.

I will leave you with a position from Oliver Reeh’s column on Tactics (all of the positions in CBM 144 were taken from the World Junior Championship). 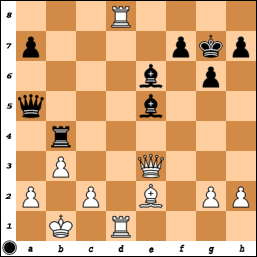 White’s 26 Rhd1 wasn’t the most accurate move. How did Black force a win from here?