The Scarborough Literature Festival
Part 3
16 April 2011
On to my final day at the Festival...
I had a day ticket for this day and I enjoyed all five talks. 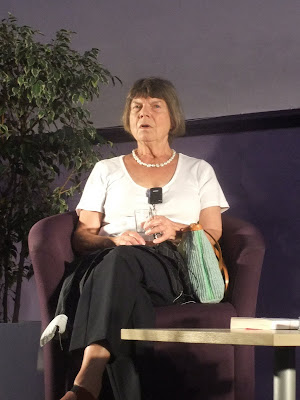 Margaret Drabble started things off with a witty and informative session. She was particularly good at answering question from the audience. Asked if there was ever any sibling rivalry between Margaret and her sister (another writer) she answered, deadpan, 'There was from her but not from me'. 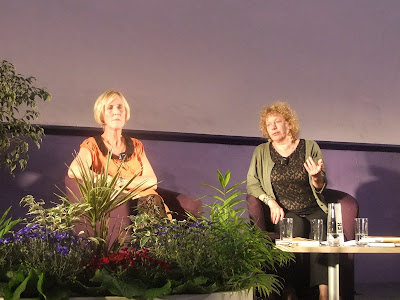 Lin Anderson and Michelle Roberts were on next, discussing the short of the short story. Michelle claimed she killed people off in short stories to prevent her from killing her husband in real life. 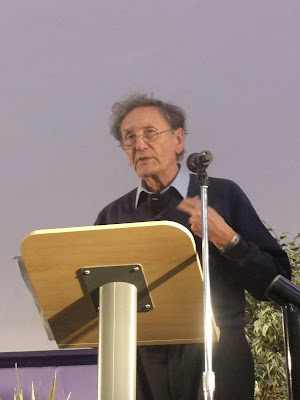 Biographer Michael Holroyd (husband of Margaret Drabble) was another very witty speaker. He could quite easily have been a writer of comedies if he hadn't been so busy writing about people's lives. He claimed 'A Book of Secrets' was to be his final book (but didn't entirely rule out changing his mind over time). 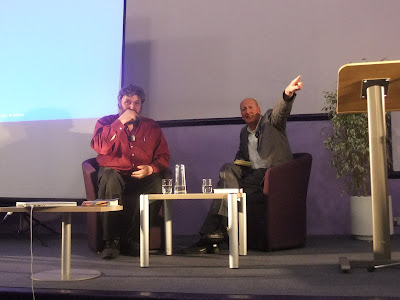 Steve Bell - the cartoonist for The Guardian - delivered a very funny presentation about political cartoons through the ages, culminating in a number of his own works. It was particularly interesting to hear about the times he met his victims. For example, he had to explain to David Cameron exactly why he always drew him with a condom stretched over his head (...because of his smooth skin!). 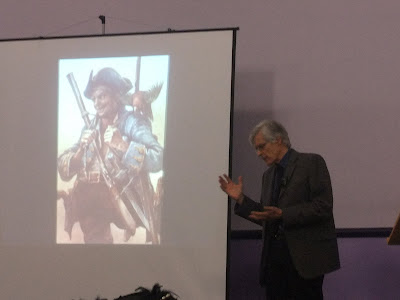 Historian David Cordingly brought the evening to a close with an excellent talk on 'The Real Pirates of the Caribbean'. His new book, 'Spanish Gold', makes good use of his very extensive research. He also corrected a number of myths about pirates (they never made people walk the plank and very rarely buried their booty). David revealed he was sent a dreaded 'Black Spot' through the post by a rival author!
A short presentation by the Whitby Pirates preceded the talk and there were prizes for the best dressed pirates in the audience. I'm sure our timbers have rarely been so shivered.
And so, another Scarborough Literature Festival drew to a close. It was, for me, the most enjoyable of the series to date. The Festival Crew deserve a mention for all of their hard work, which was much appreciated.
I understand plans are already afoot for next year's Festival. Let's hope that the current economical climate will allow this excellent series of events to continue unhindered.
For further details about the Festival, pop along to the official website.
Posted by Sean Marsh at 12:31