The Smith-Morra Gambit
By IM Lawrence Trent
5 hours and 25 minutes
ChessBase
Lawrence Trent introduces his DVD by singing the praises to the Sicilian Defence and speculating about the best way for players with the White pieces to try and gain some sort if advantage after 1 e4 c5. The massive amount of theory required to take on the main lines suggests that an anti-Sicilian approach might be the order of the day. He concludes that the Morra Gambit is an underrated try with great potential in practical play.

Freely admitting that Black has numerous ways to achieve a decent position - which is precisely why the gambit is such a rarity at the top levels - the presenter opines that there are even more ways for Black to go horribly wrong and find himself on the wrong end of a pasting.

The main video lectures start with a look at Black's methods of declining the gambit. Annoyingly for Gambiteers, Black opts to try and spoil White's fun by not taking the pawn about 50%% of the time. These include 3 ...e5, 3 ...g6 and 3 ...d3. For the sensible options 3 ...d5 and 3 ...Nf6, with transpositions to 1 e4 c5 2 c3, the presenter advises viewers to buy the ChessBase DVD by GM Tiviakov.

Rightly or wrongly, most people hoping to do a little bit of swashbuckling will want to rush through the gambit declined material and sample the delights of the proper Morra Gambit variations.

Naturally. the majority of the material features the acceptance of the gambit. 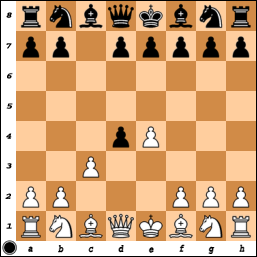 'By sacrificing a pawn, White aims to rapidly develop his pieces with the objective of delivering a swift knockout blow to the unprepared Black camp'.
This DVD covers: 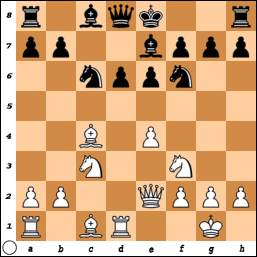 This is a normal type of position after Black accepts the gambit. In compensation for the loss of a pawn, White enjoys quick and easy development and useful open lines. IM Trent does a good job in explaining the pitfalls for both sides.
White players definitely need to know The Siberian Trap. 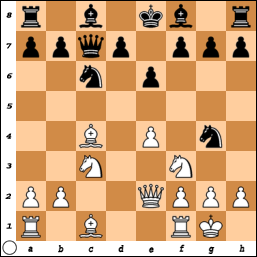 Perhaps you, dear reader, can work out Black's winning response to White's gullible 9 h3??
The style of presentation is good, with IM Trent delivering his lectures in direct style, with a clear voice and good eye contact with the camera.
I agree with the Lawrence Trent's honest assessment that the Morra Gambit is definitely suitable for club and amateur players, who are advised to 'Go out there and cut them to bits'.
It's a decent enough DVD but the gambit does have its limitations, which will become more obvious if it is played against higher rated opposition.

This is a very ambitious DVD, aimed at presenting a full repertoire for White commencing with 1 d4. Usually, this approach involves 2 Nf3 and a look at the Colle System and/or Torre Attack. Here. GM Ftacnik prefers to go the whole hog an authentic 1 d4 2 c4 repertoire.

The introduction is somewhat rambling and is probably superfluous. As we are going to be given information an all of Black's options after 1 d4 throughout the course of the DVD, I feel that all of the information given in the introduction could have been successfully farmed out to the various lectures.
There are 34 lectures, covering the following openings (the more important ones receive more than a single video):

Dutch
Bogo Indian
Queen's Indian
I found the style of presentation to be rather dry. GM Ftacnik's quiet, monotone voice becomes more soporific than inspirational over the course of a lecture lasting more than a few minutes.

The task of fitting so many lines and variations on a single DVD runs a couple of risks. One is the recommended repertoire could end up being a collection of odds and ends which may be fine in a one-off game but are not critical enough to produce the goods on a long term basis. Another risk is that there is too little time to be able to analyse, assess and really get to grips with a meaningful explanations of exactly what is going on.
Unfortunately, both of these things are evident here. Moves are often rattled through very quickly and the viewer will definitely benefit from keeping the 'pause' button at the ready.
As for the recommended repertoire, it's a mixture between very respectable mainlines (4 Qc2 against the Nimzo-Indian) and more obscure tries (a very narrow path in a 4 Bf4 line against the Grunfeld) and 6 h3 against the King's Indian. 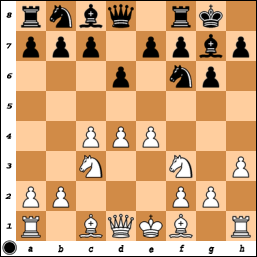 The DVD features 124 games, accessible via the 'Games' tab on the menu screen. The oldest game is from 1966 but most are much more recent than that. Three are from 2010.
All in all, In think the task has proved to be a little too ambitious. More explanations are required to assist the viewer's absorption of the material. Perhaps it should have been split over two or three volumes, which would have given the presentation more time and space to breathe.

Exchange
GM Mueller starts with a discussion based on the initial question: 'What is an endgame?' It turns out not to be such a simple one to answer, but once the presenter has talked through some important guidelines and principles that are specific to the final phase of the game - such as the generally safer territory for the King - it's time to move on to the main material.
The video lectures present the viewer with perfect bite-sized pieces of endgame wisdom. Sometimes juts a few short minutes are all it takes a skilled presenter to show something really valuable and easy to remember. 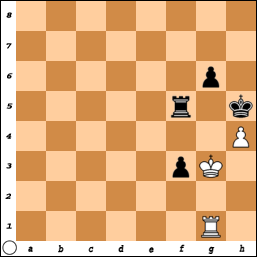 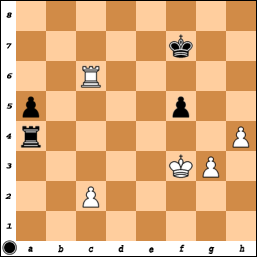 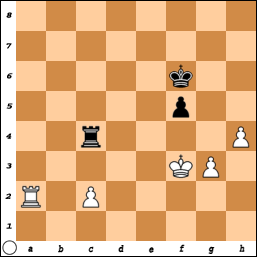 ...and Black can hold the draw. Compare the two Rooks now!
There's some fun lessons in the section on Mate. There is a strong temptation to forget about mating attacks with such reduced material, but taking the eye off the ball can lead to a sudden end, as the following example shows. 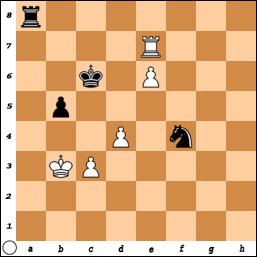 Djukic - Vavrak
51 c4 bxc4+ 52 Kxc4 Nd5! 53 Rf7 Ra3 0-1
The material is excellently chosen and the presentation is unhurried and very professional. I learned a lot from this DVD and in my opinion it is definitely the pick of this month's releases.

ChessBase Magazine 137
The latest edition of ChessBase magazine includes many delights on all aspects of he game. As usual, there's something for everyone, whether one's main area of interest is solving tactical problems, studying endgames, absorbing the latest theory or following the latest big-name tournaments.

Despite the great cover picture - adding publicity to Karpov's attempt to become the new President of FIDE - there is little to be seen of Karpov and Kasparov in issue 137. However, one of the main tournaments to receive coverage is named after the former.
Four tournaments are covered in impressive depth. The Karpov Poikovsky 2010 tournament was won jointly by Kajakin and Bologan. Ejanov was the surprise winner of the FIDE Grand Prix in Astrakhan and the mercurial Ivanchuk won the Capablanca Memorial with a point to spare. yet the best performance of all was Magnus Carlsen's two point victory over a strong field at the King's Tournament, even using the King's Gambit in one game against Wang Yue.

There was quite a lot of fighting chess in the featured tournaments. This was a key momnent in a really good scrap: 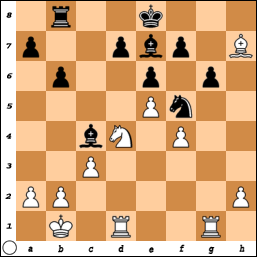 Short - Ivanchuk
Capablanca Memorial
Opening surveys form an important part of all ChessBase magazines. There are plenty to chose from in issue 137 and the one which caught my eye more than the others was the one by Yelena Dembo, analysing a parodixical White pawn thrust in the King's Indian Defence. 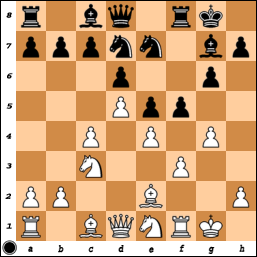 'The idea is seen at its clearest if Black replies 11 ...f4. Then comes 12 h4 and at best Black can now only break through on the kingside by sacrificing a piece. On the other side of the board, White then has a clesar advantage in space.'

The other opening surveys are:

Dutch Defence with 2 Bg5 by Neven

Sicilian Najdorf 6 Be2 e5 by Kuzmin

Queen's Indian 4 a3 Bb7 by Krasenkow

King's Indian Main Line with 10 Be3 by Karolyi

King's Gambit with 2 ...Bc5 by Schandroff

I was hoping you would give a short list of some (or all) of their opening surveys, since for whatever reason Chessbase on their site hasn't disclosed what surveys are on the DVD (which is what interests me the most and why I but the Magazines).

I actually found Lubomri "D4 Repertoire" quite original, complete and quite helpful in its approach.
Its not the kind of DVD really aimed for begginers, but those that play serious chess will definetly find insightful ideas in it, and several ways of aproaching several of the openings in a solid diferent way.
But then again this is just my opinion.
Blessings abound to all your works in the future.
Raspect

I've just updated the post with the basic details of the opening surveys, which I hope will be of use to you. I'll do the same for subsequent issues.

I'm delighted to hear that you are enjoying the d4 DVD. It's a matter of taste really - I just found the presentation rather dull and uninspiring and I felt that more explanations would have been helpful.

I suspect a lot of background reading will be required to make the repertoire work.