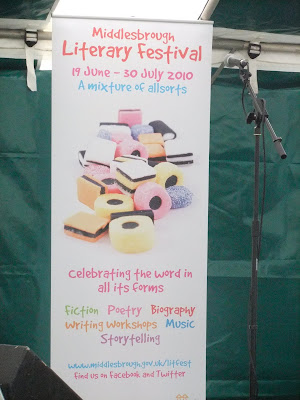 The Second Middlesbrough Literary Festival started on Saturday. The 'mixture of allsorts' is set to continue all the way until the end of July, with a wide variety of literary treats on offer. There's definitely something for all tastes. 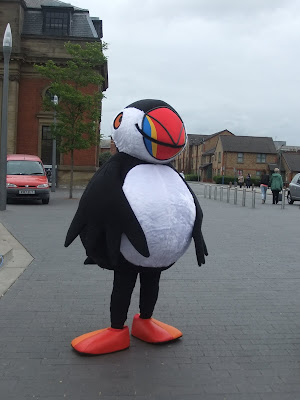 The opening event took place on Centre Square, very near Middlesbrough Central Library. Despite cold and windy conditions, the event tent was nearly always full and the audience was treated to a fine selection of music, stories and poems.

Here's a few photos from a busy schedule. I didn't catch all of the names (I'm open to corrections...!) 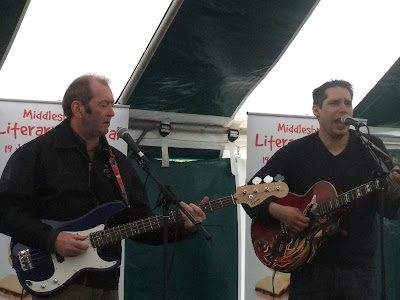 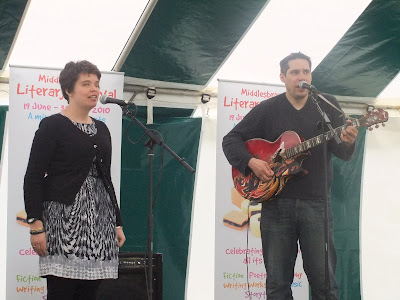 Julie Casey and Daniel Pettitt
A selecltion of ballads. 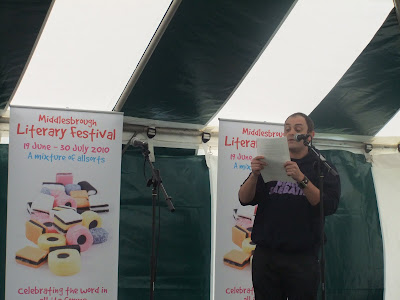 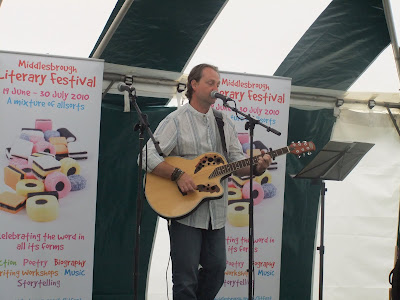 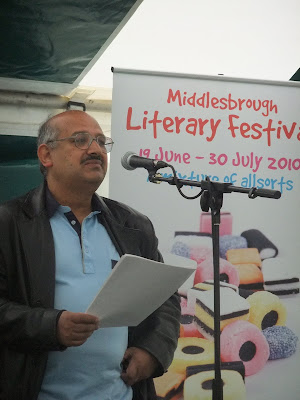 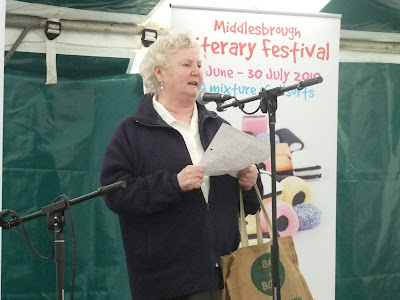 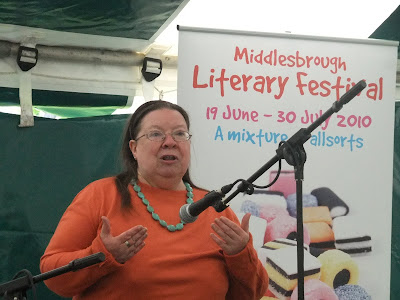 A tale of old Osmotherley and Roseberry Topping. 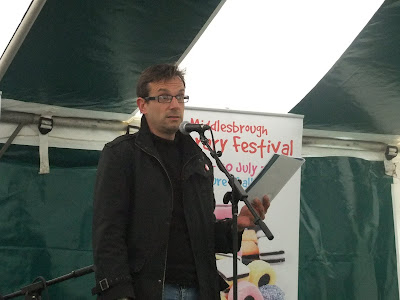 This was the funniest act of the day.
I particularly enjoyed the 'facts about hippos'. 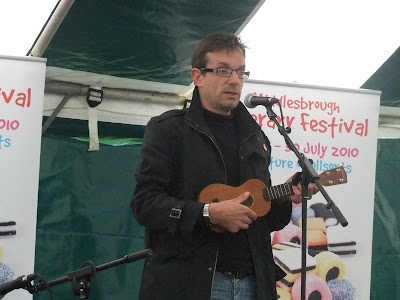 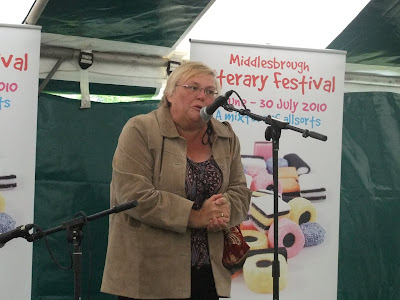 A poem about shopping - the new religion...!? 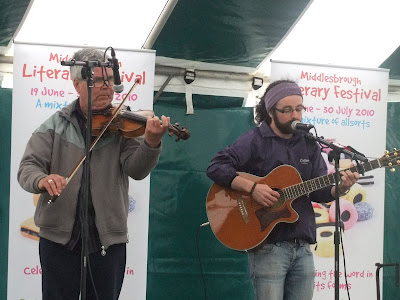 Andy Broderick and Ray Legg
Folk songs in Gaelic tradition.
It's great for Middlesbrough to put on such an extended festival. Obviously, the more support it receives, the more chance there is of it running for many more years to come. So select some events and support them, dear readers!

For further details, pop along to the official website:

http://www.middlesbrough.gov.uk/ccm/navigation/what-s-on/middlesbrough-literary-festival/
Posted by Sean Marsh at 01:30