Cara Dillon at the Gala Theatre 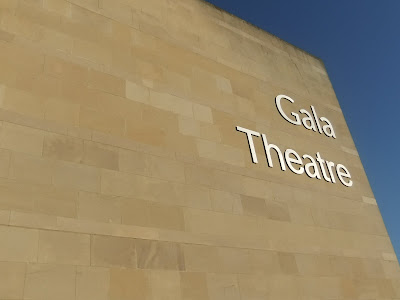 Back in February, I went to see The Transatlantic Sessions at The Sage:

Cara Dillon was one of my favourites that night, so I was keen to see more of her. The chance came just a few months later when she appeared at Durham's Gala Theatre.

My full review is scheduled to appear in a well known music magazine (I'll post details when it does), so here's a few simple observations for now.

Bridie Jackson provided an excellent opening half hour, harmonising well with her backing group, The Puddleducks (apparently the name changes every night!).

We didn't have to wait long before Cara Dillon arrived on the stage, backed by two guitars and a flute. That might not sound like much, but the sound they produced was wonderfully deep. 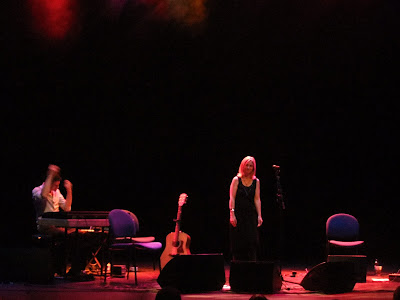 Cara's voice is beautiful and perfectly suited for the Gaelic-flavoured folk she sings. 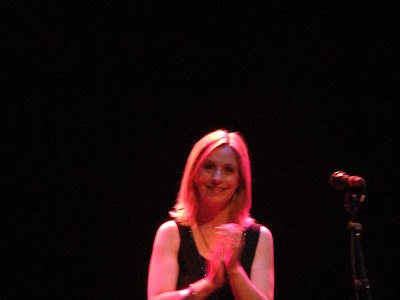 Her most recent work, 'Hill of Thieves', was well to the fore on the set list but there was plenty of room for older favourites. 'Black is The Colour' was a particular highlight for me.

As usual with excellent shows, time went too quickly and suddenly it was all over. 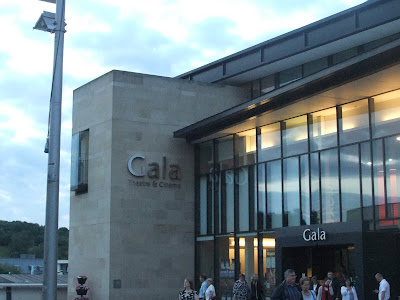 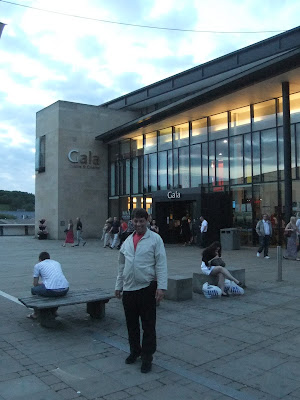 Trying to pose as if I was just leaving the venue didn't turn out too well. I look as if I'm walking like the Elephant Man. 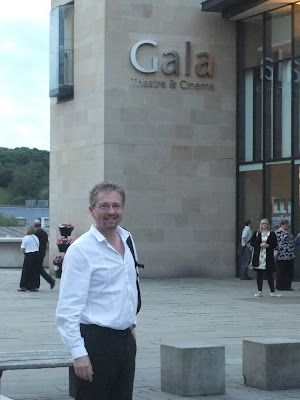