Alekhine Alert!
A repertoire for Black against 1 e4
By IM Timothy Taylor
285 pages
Everyman Chess
IM Taylor covers Alekhine's Defence (1 e4 Nf6) enthusiastically from the Black point of view, starting with the toughest lines first and working his way through to those of a less challenging nature.
Following a quick look at some World Champions playing Alekhine's Defence, each main chapter presents the author's personal likes and dislikes and selects a hero for each part.
The material is arranged thus:
World Champions Play Alekhine's Defence
Our Hero: Alekhine
Modern Variation I: The White Pawn Wedge
Our Hero: Bagirov
Modern Variation II: A Danish/Latvian Co-Production
Our Hero: Kengis
Modern Variation III: Vikings Board the Alekhine Longboat
Our Hero: Carlsen
The Exchange Variation: The Ox is not a Scary Animal
Our Hero: Larsen
The Four Pawns Attack - Fracture Him!
Our Hero: Sergeev
The Chase Variation - Back to the Centre
Our Hero: Vaganian
Fourth or Fifth Move Sidelines
Our Hero: Varga
Alekhine Declined
Our Hero: Taylor
The repertoire choice against the Modern Variation is the reliable Kengis system: 1 e4 Nf6 2 e5 Nd5 3 d4 d6 4 Nf3 dxe5. The first chapter on this line handily covers the neglected 5 dxe5 and the author is correct to point out that it was very rarely even mentioned in other books.
There are some controversial choices. Against the Four Pawns Attack, Black is advised to go in for 1 e4 Nf6 2 e5 Nd5 3 d4 d6 4 c4 Nb6 5 f4 g6, which is not particularly highly regarded by theory, but could be useful at club level. 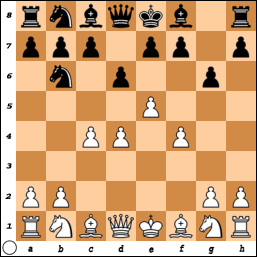 The dreaded Voronezh Variation, so popular in the Exchange Variation, is avoided here by 1 e4 Nf6 2 e5 Nd5 3 d4 d6 4 c4 Nb6 5 exd6 exd6 ( ...cxd6 can lead to the Voronezh).
The author makes himself the hero of chapter 10, which advises the reader to meet 1 e4 Nf6 2 Nc3 with 2 ...e5. Controversial again; most players prefer 2 ...d5 to heading into the Open Games, but Taylor is convinced that 3 e5 is too much of a problem.
On the whole, this a perfectly readable account of an interesting defence. Club players should be able to put together a decent repertoire to combat 1 e4. Some of the recommendations remind me of the style of old Foxy Openings DVDs; they may not be the best, in a harsh theoretical sense, but they can be effective at club level.

How To Win At Chess - Quickly!
By GM Simon Williams
192 pages
Everyman Chess
GM Williams takes the reader on journey through 50 illustrative games to discover what sort of mistakes can lead to a game ended successfully - or unsuccessfully, depending on one's side of the board - in just 25 moves or less.
The material is sensibly arranged into the following chapters:
The Exposed King
Exploiting an Advantage in Development
Punishing the Pawn-Grabbers
Gambit Play
Play With Purpose!
Crossed Wires
Missing the Danger
Unnecessary Pawn Moves
Super h-pawn Power
The chapter headings are largely self-explanatory. In 'Punishing the Pawn-Grabbers', the author starts off with a warning against greed and gamely includes a shocking loss of his own.
'In today's climate of capitalism and supposed democracy, greed is often seen as a good thing, but as the Catholic Church has long warned us, greed can lead to the downfall of an individual. Chess is not dissimilar. In the opening a player can often be punished for grabbing a pawn too early. It takes time to capture material and in some cases this time can be put to better use, such as by castling or developing a piece.' 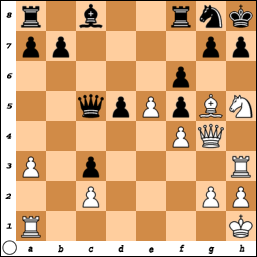 Gullaksen - Williams
Oslo 2004
Black has just played 18 ...exf5? and his extra pawns turned out to be no comfort at all when White whipped out: 19 Bxf6 1-0
The chess variations are kept light; the prose is allowed to breathe and this provides ample advice for the club player to improve the skills of spotting mistake in the opponent's play and tightening up the contrasting aspect of one's own game. Club players are the target audience.

Why We Lose At Chess
By IM Colin Crouch
187 pages
Everyman Chess
This is a very interesting book. Following a stroke which put IM Crouch temporarily out of competitive chess action, he spent some time during the 2006-7 period working on his own games. The resulting analysis forms the basis of this volume.
He presents the material in the form of 15 tests, each one featuring four game positions. The reader is given three options from which to chose the best continuation.
The positions are then given in the context of an annotated game, with special emphasis given to when and how potentially losing mistakes occur.
Here's a sample test position: 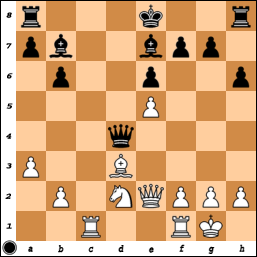 Black to play
A) 16 ...Qxb2
B) 16 ...Rd8
C) Something else?
IM Crouch nicely verbalises his thoughts and searches deeply for the reasons behind mistakes. There's also some advice on the general thinking process which goes into selection moves over the board.
The author is very open and honest about the effects of the stroke he suffered a few years ago, leaving him blind in one eye and somewhat less than 100% in the other. Indeed, in the build up to the stroke he lost around 100 ELO and wondered why; the answer was worse news than a sticking with a dubious opening or two.
The effects of the stoke on IM Crouch's play are still variable, depending on factors such as tiredness and the quality of light in the venue. He recounts one tale of turning up late, feeling flustered and meeting 1 e4 with 1 ...b5? in the mistaken belief that he had played 1 ...c5 (the room was as dim as most club venues usually are). Fortunately, the opponent very sportingly offered to start again, and this time the black squares were successfully sorted from the white.
I found this to be the most interesting of the three books reviewed this time, mainly due to the unique perspective and intriguing circumstances of the author. It's very unusual to see a chess player provide what is essentially a collection of annotated games in which there are considerably more defeats than victories (he scored +7, =6, -11 from the games used) and his honesty is ti be admired.
Club players may well see similarities here in the way that they lose games. IM Crouch's logical explanations should help the reader to learn what to look for and how to take measures to avoid such defeats in the future.
For further details about Everyman chess books, pop along to:
http://www.everymanchess.com/
Posted by Sean Marsh at 08:13