The first thing to notice about the ChessBase Magazine is the upgrade in quality of the printed section. It’s now printed on very nice glossy paper with good use of colour throughout. It’s also in dual language; there are 26 pages in English and then the same content in German. The magazine offers some brief summaries of what is to be found on the disc, including reports from top recent GM tournaments and opening surveys. Some tactical and endgame positions are given too, enabling the readers to test their powers on the page before inserting the DVD into the computer.

There’s also some exciting news about the forthcoming Fritz 12. Hopefully a full review of that will follow here in due course.

The DVD loads up quickly and once again the amount of material on offer is quite staggering.

Two introductory videos nicely set the scene. GM Mueller looks at a couple of brief moments from the three top GM events covered this time and picks out some other highlights to watch out for. ‘I wish you a lot of fun with ChessBase Magazine 132’.

GM Rogozenco provides the second introduction, providing an overview of the most important tournament of the last two months. This report is just under 30 minutes long and contains numerous analytical snippets from key games.

The top three tournaments are given in-depth coverage on the DVD. They are:

Jermuk - a victory for Ivanchuk, just ahead of a strong field including Aronian and Gelfand 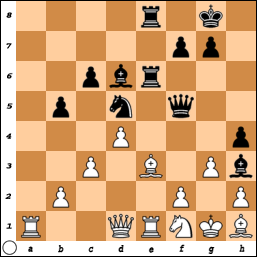 The Marshall Attack has come to haunt White 1.e4 players in their dreams. Getting any advantage against the supremely active Black pieces is very difficult, the outcome often depends on the smallest of details.

The last (!) and pretty horrible move of the game. The queen simply does not belong on f3. With the correct defence with Qb1 White could have kept the chances about balanced.

Shirov got truly depressed when he realised, that the queen will have to retreat to d1 and it loses by force! A rare and genuine battle of shadows...

There are 910 games in the main database. Some have notes of varying levels of depth and the annotators include Gelfand, Marin, Krasenkow, Ftacnik, Griva and Stohl. A second database gives over 3,000 (unannotated) correspondence games.

Several lectures are in the Fritz Trainer format, with the presenters delivery their material via videos. The viewer can load up various windows including those showing the chess board, notation and chess engines.

Leonid Kritz on the …a6 Slav, The Scandinavian Defence and two recent games

Lubomir Ftacnik on the Sozin Attack against the Najdorf

Other openings are covered in standard surveys (without videos).

These feature lines in...

Of particular interest is the survey on the Alburt Variation of Alekhine’s Defence. GM Marin writes that he was inspired by the 1972 World Championship match (Fischer used this variation in one game against Spassky). He makes the interesting point that Bagirov’s work on the Alekhine features unaccredited games. The point is that the games were usually played by Alekhine expert Lev Alburt, who had left the Soviet Union and was therefore, for some time, persona non grata. 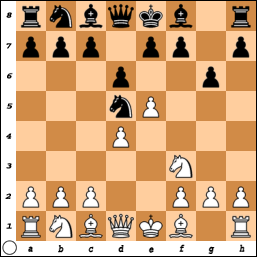 This variation - from the Black point of view - has been under a cloud for some time, but Marin provides plenty of food for thought. The good news for Alekhine fans is that this is just the first of what should be a very interesting series.

The regular columns are all present and correct. Peter Wells looks at pawn centres, Daniel King presents an excellent move-by-move game in which the student is encouraged to guess the next move and Robert Knaak provides another opening trap to watch out for (this time in the Classical Sicilian).

Karsten Mueller provides eight endgame lessons, complete with video lectures for each one. Surprises abound even in relatively simple positions, such as this one. 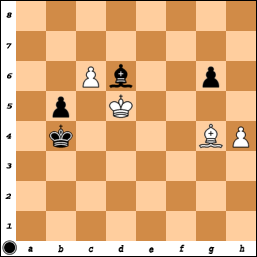 Amazingly, despite the opposite coloured Bishops and paucity of material, Black has but one narrow path to a draw. GM Bacrot’s next move - 76...Bg3 - was a mistake and he went on to lose. 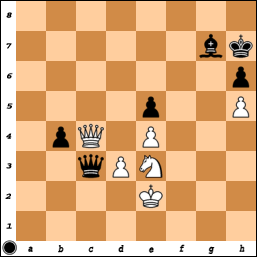 After the natural looking sequence 58...Qxc4 59 Nxc4, both sides have already made a mistake.

Meanwhile, Oliver Reeh continues his investigation into tactics. There are 31 positions to solve and a little video talks the viewer through the complexities during the closing stages of the game Naoum - Mirzoev. White, rated 1792, had an interesting game against his 2559-rated opponent. 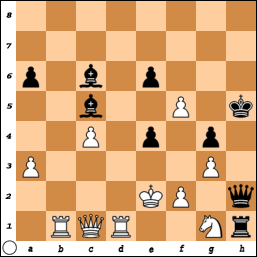 The initiative appears to be with Black, but can you see what White did next?

Here’s an easier one to whet your appetite. 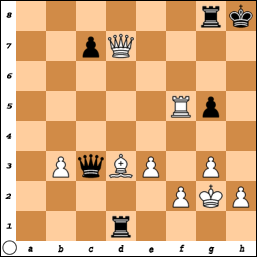 Can you find the mate in three?

Summing up, ChessBase Magazine continues to set remarkably high standards and issue 132 provides more than enough material, analysis and tuition to keep players of all standards busy and happy for a long time. 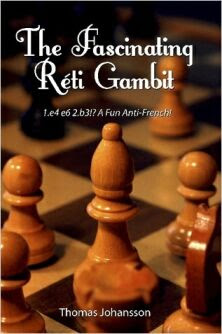 The French Defence is a tough nut to crack and I’m sure the majority of 1 e4 players would prefer to see something other than 1...e6 in reply. This book takes good look at a relatively unexplored gambit. 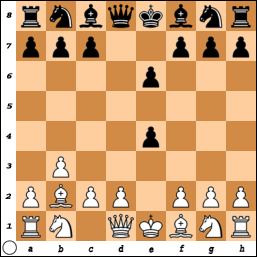 What is White hoping to achieve? The first game in the book provides some answers.

‘The stem game below already shows several of the characteristics of the Reti Gambit:

3) the fire breathing Reti bishop on the long diagonal’ 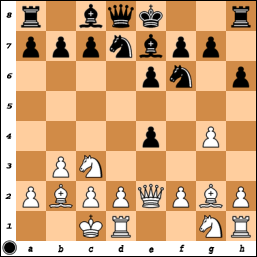 Incidentally, Reti wasn’t playing flippantly. He won the Gothenburg tournament, ahead of strong field including Rubinstein, Bogoljubow, Tarrasch and Nimzowitsch. Nor was Maroczy a player to be taken lightly; he was a challenger for Lasker’s World Championship title (although for obscure reasons the match never took place).

Free spirits Tartakower and Spielmann also dabbled with the Reti Gambit. Indeed, the former used it on his way to hard-fought draws with Alekhine and Keres.

The basic ideas are simple to absorb.

‘If the gambit is accepted (which it usually is in at least 60% of the games), a good rule of thumb is General Forrest’s famous ‘get there first with the most men!’ This general attitude is perhaps the reason why the Reti gambit often works so well, since many Frenchies are not mentally prepared for early and sharp complications where both sides should be prepared to sacrifice to further their own attack should the opportunity arise.’

The author the settles down to the important business of specific analysis, breaking down the material into these segments:

There are two main variations for White; both are analysed in depth. 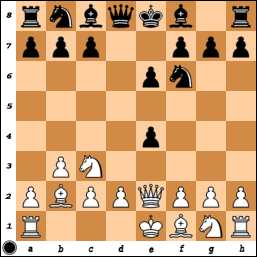 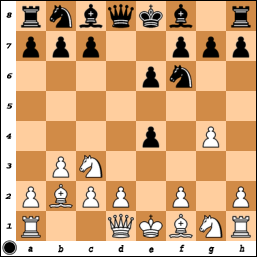 A lot of the games are from the internet, and blitz games to boot, so independent analysis will naturally be required. There are some examples from higher levels, such as this one, which might ring bells for UK readers.

GM Levitt is an acknowledged expert on the French Defence but White got the better of the opening in this encounter. 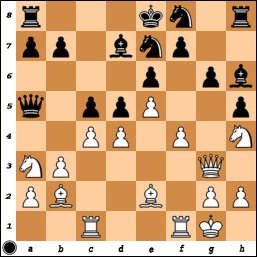 White stands well but Black went on to win.

Production wise, there are moments of inconsistency with capital letters (in particular, ‘french’ and ‘fritz’ suffer). The index of moves and bibliography are present and correct. The former is essential due to the embryonic nature of some of the lines, which leads to many different variations in the early stages of the game. Perhaps an index of players would have been helpful. Even though the games are usually incomplete scores it would have been good to see at a glance which players have been involved more than others.

It’s a cult opening, of course, and one that is very unlikely to be seen at the highest levels. However, for experiments at club level and fun on the internet, ‘The Fascinating Reti Gambit’ will certainly bring something different to your repertoire and this book is unlikely to be surpassed as the definitive guide, unless Thomas prepares a second edition. Indeed, the author invites readers to send him their Reti Gambit games and comments so perhaps we haven’t heard the last of this intriguing opening.

I really enjoy your reviews. Thank you for your time and efforts!

Is there any other "system" you would recommend for a patzer behind the black pieces?

Thank you Farbror, you kind words are much appreciated.

I reviewed it here:

I would say 1...d6 is a very good choice to build a repertoire.

Here's some information from a time when I did exactly that:

1...d6 can lead to positions opponents won't know much about, which is part of their appeal.