I recently spent several days in London, primarily engaged in some writing projects centered around the Staunton Memorial events at Simpson's in the Strand.

My report is scheduled to appear in a forthcoming issue of CHESS Magazine so rather than repeat it here I'll present instead some photos from the tournaments. 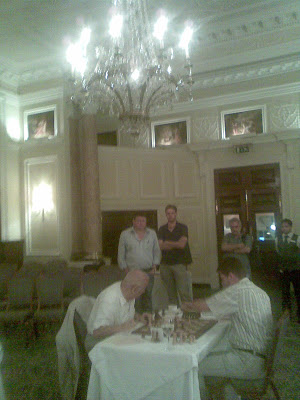 This one, taken by Julian Allinson, shows the great Viktor Korchnoy apparently in danger from a huge chandelier. Julian, who was the demonstration board operator for several games, relayed the moves of Viktor's defeat to the audience. 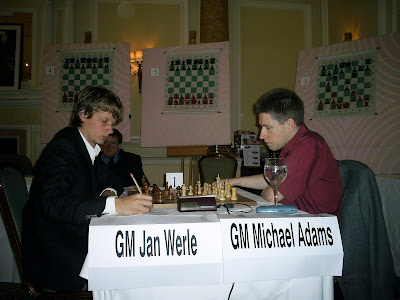 There were two tournaments in progress. England v The Netherlands was a match played on the Scheveningen system. England won, 26.5 - 23.5. 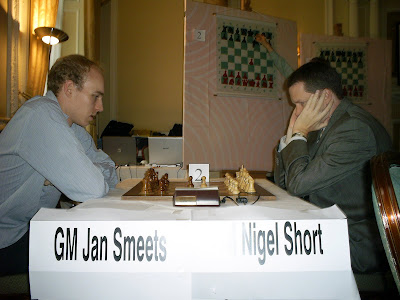 Nigel Short's stunning 8/10 (without loss) made all the difference (the game above was one of his few draws). 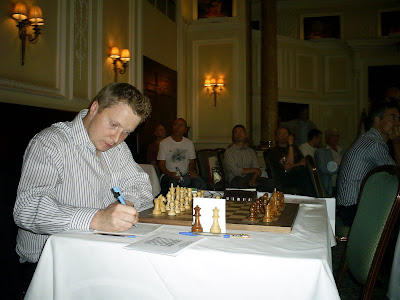 The All-Play-All tournament was just as interesting. Simon Williams, one of England's top GMs, played as sharply as usual. 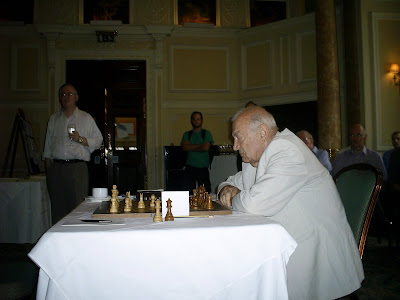 The main focus of attention fell on Viktor the Terrible. I saw his last three games live - all wins! 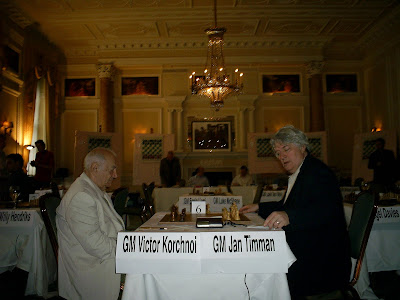 Jan Timman won the All-Play-All tournament but he lost his game against VK in one of the highlights of the whole event. 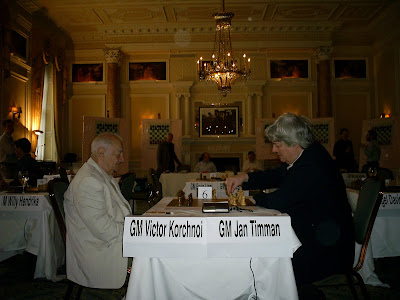 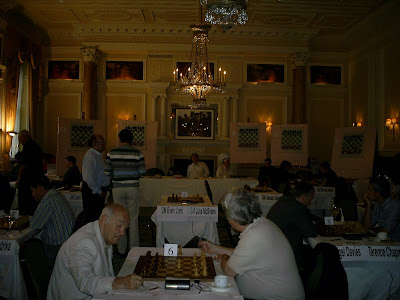 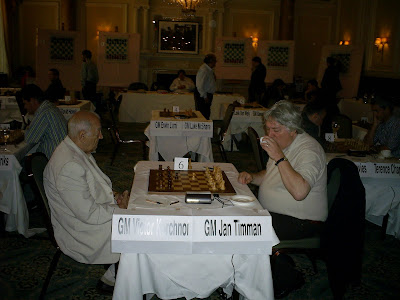 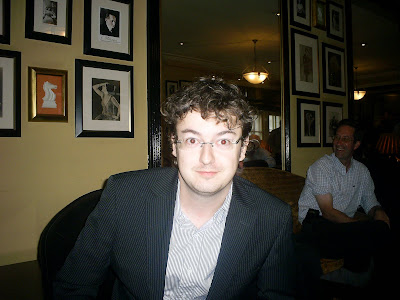 Dutch Grandmaster Erwin L'Ami was one of my interview targets... 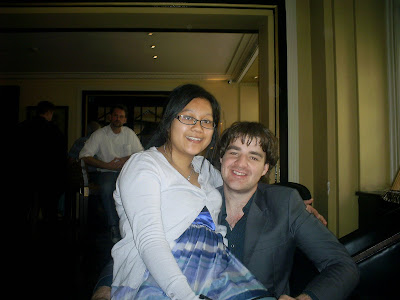 ...as was Grandmaster Gawain Jones, seen here with his fiancé, Sue. 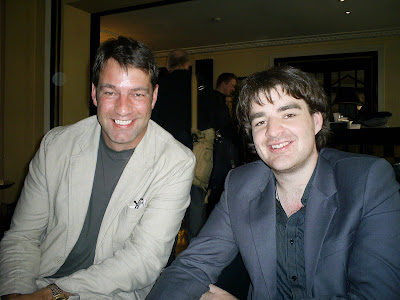 Two of the three former Guisborough Chess Club members who were at Simpson's in the Strand. Julian Allinson was the third (...and there'll be photos of him in the next part of my London report). 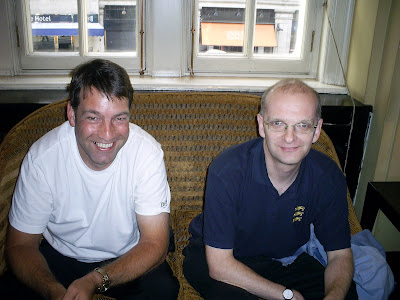 It was good to catch up with old friends. IM Loz Cooper and I shared first place in the Scarborough Major almost a quarter of century ago (4.5/5, featuring a last round draw). We met again in Sheffield in 1993 (another draw - Loz won the tournament on his own that time) but haven't played each other since then. 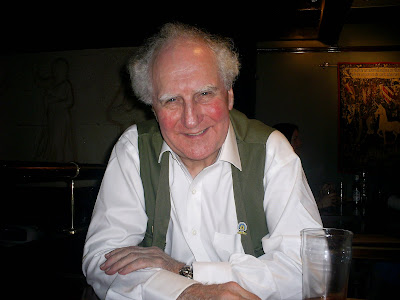 My final piece of all my chess-related activities was an enjoyable chat and meal with Mark Huba. Readers of chess magazines will be familiar with the caption, 'Photos by Mark Huba'. Well here, for one night only, is a photo of Mark Huba.

For all the results, games and further details of the Staunton Memorial tournaments, pop along to:

Stay tuned over the next few days for two more blogs covering other aspects of my London trip. You lucky people!
Posted by Sean Marsh at 00:41