ChessBase Magazine #131
August 2009
The new issue in the long running series contains 386 games from very recent top tournaments, with a sprinkling of annotations by players such as Carlsen and Gelfand.

The magazine editorial makes the valid point that top tournaments are shrinking, with six-player events becoming more common. With only three games for the spectators in each round, it only takes one short draw to severely reduce the entertainment value.

Indeed, three of the featured tournaments - the Sofia MTel Masters, the Dortmund SuperGM tournament and Sigeman & Co event had only six players in each (although drawn games in the latter were kept to a minimum thanks to Nigel Short’s excellent performance). However, serious players will need the games for their databases, even if it is just to keep up to date with the latest Petroff improvements.

Speaking of which, the notes to one of the games show how a former World Champion sailed from 1 e4 e5 2 Nf3 Nf6 straight into a losing position and, moreover, one that has already been played. 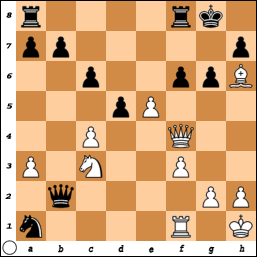 The report on the Sofia tournament contains two video clips by tournament winner Shirov, demonstrating two of his most interesting games. He is remarkably honest about what he did and didn’t see during his games and this makes his presentations more valuable for lesser mortals, who are far too often led to believe that top players see everything and miss virtually nothing. The total running time is just over an hour.

As usual, there are plenty of articles on opening theory and these take on one of two forms. Four are in the Fritz Trainer video format, the highlight of which is Andrew Martin’s update to his recent Evans Gambit DVD.

The other opening articles are text based, with a short introduction and overview backed up with relevant annotated games. The two I enjoyed the most are Tibor Karolyi on the Mikenas Attack in the English Opening (specifically, the gambit line reached via 1 c4 Nf6 2 Nc3 e6 3 e4 c5 4 e5 Ng8 5 Nf3 Nc6 6 d4 cxd4 7 Nxd4 Nxe5 8 Ndb5) 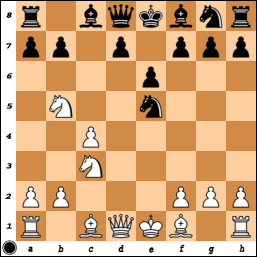 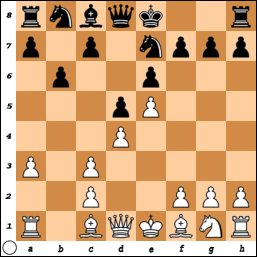 Black is clearly intending to exchange the potentially troublesome Queen’s Bishop and bypass a lot of main line Winawer theory at the same time. 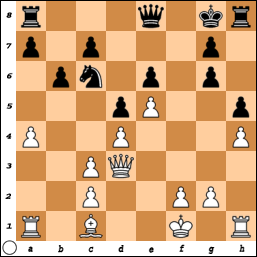 White’s attempt to trade one of his doubled pawns can easily backfire. 17 c4 dcx4 18 Qxc4 and now Kritz’s discovery of 18...Nxd4! Looks good for Black.

In addition to the important recent games and theoretical material, there are lots of other parts of the magazine to cater for fans of all phases of the game.

Particularly impressive are the endgame demonstrations by Karsten Mueller and the ‘Move by Move’ article by Daniel King. The latter allows the student to activate a training mode in the game window which takes away the forthcoming notation. It is then possible to play one’s choice of move on the board and see if it tallies with the correct one. The game is fully annotated and very instructive. It shows Bocharov defeating Kosintseva on the black side of the currently popular Philidor Defence.

Dr. Mueller’s regular column focuses on Knight endings for this issue. Four video lectures are included, examining the various tricks and techniques one needs to be able to handle such tricky endgames successfully.

There’s an excellent demonstration of the subtleties under the surface in this game. 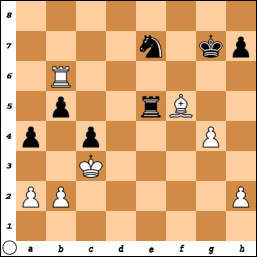 Shirov - Ivanchuk
Sofia MTel Masters 2009
Both players made mistakes, including the very next move when Shirov (possibly in time trouble) played 40 Rb7? instead of the liquidating 40 Re6!, when the Bishop will comfortably outplay the Knight.

Dr. Mueller’s unhurried style of presentation, coupled with his common sense explanations, made this the moist enjoyable section of the whole magazine. He consistently emphasises the level of control needed to keep the tricky Knight at bay.

For example, in this position… 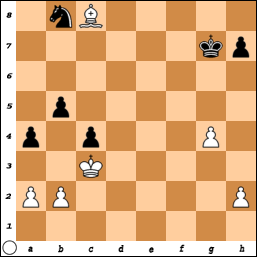 …the natural impulse would be to push forward with the strong-looking 44 Kb4 but then 44...Nc6+ introduces further forking tricks on a7. So the calm, controlling 44 a3! is preferred, followed by withdrawing the Bishop from the Knight’s range and only then playing the King into b4.

The video clips are augmented by an excellent prose presentation of important Knight ending information and almost 30 more illustrative positions.

The amount of material in issue #131 is immense, with impressive diversity. All chess fans, from serious students to those who prefer to just dip into things when they have a little bit of spare time, should find much of interest.