Ultravox
Newcastle City Hall
13.4.2009
It’s been a period of great anticipation since the Ultravox ‘Return to Eden’ tour was announced
( http://marshtowers.blogspot.com/2008/11/ultravox-return-to-eden.html ) so I was somewhat excited when the concert finally came around.

It seemed to be a full house, certainly from where I could see (five rows from the front, in the ‘Stalls’). As the lights dimmed and the first little tap-tap-tap of ‘Astradyne’ started, the four band members appeared amid the dry ice and darkness and took up their customary positions; Billy Currie, stage right, surrounded by keyboards; Chris Cross, stage left, one keyboard and a couple of bass guitars; Midge Ure, centre stage, keyboard and guitar; Warren Cann, somewhat hidden in the shadows. The pounding of the drums kick-started the wonderful opening number. 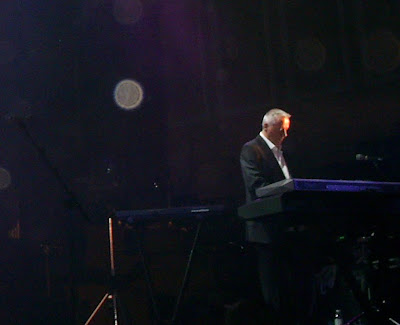 Billy Currie left his keyboards to come forward with his violin (…or was it a viola? I don’t know the difference) but seemed taken aback by the thunderous roar of the audience, causing him to talk a couple of steps back in genuine surprise. 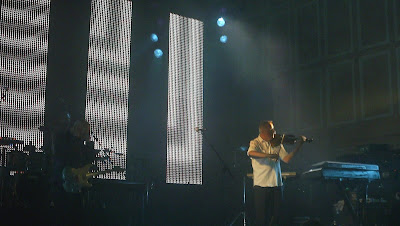 It's a very long time since they worked together; a quarter of a century has passed since I last saw them in concert.

They worked extremely hard all through the concert and all four seemed to really enjoy playing together again.

The set-list brought forth all of the predicatable favourites, plus a few surprises (mainly from 'Rage in Eden').

From memory, and by album (rather than the order of the night) they played: 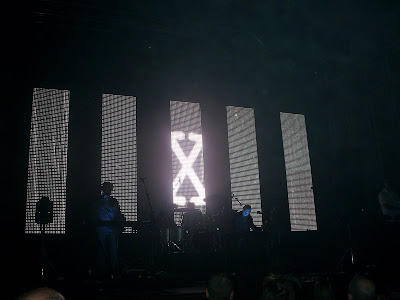 From ‘Rage in Eden’: the title track, I Remember, Your Name Has Slipped My Mind Again; The Thin Wall, The Voice, We Stand Alone 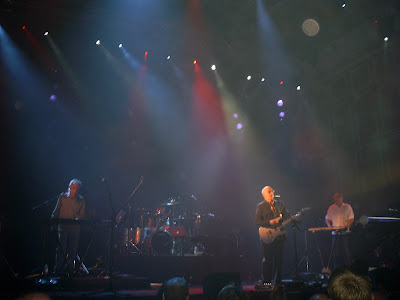 From ‘Quartet': Hymn, Reap the Wild Wind, Visions in Blue 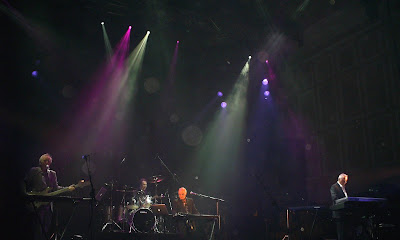 From ‘Lament': the title track, ‘One Small Day’, Dancing With Tears in My Eyes’

It was a terrific concert and one which will remain memorable for many years to come. Make no mistake, this was not merely a friendly get-together of faded 80s stars destined to tour a few local Butlins centres. This was the real thing, done with feeling, energy and passion.

If you get the chance to catch them on this short tour, then grab the opportunity with both hands - you won't regret it.

Here's a few more photos to conclude with. 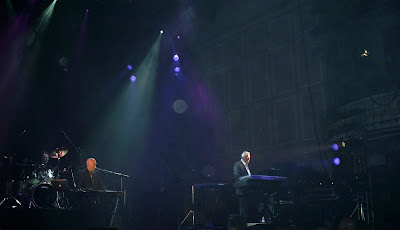 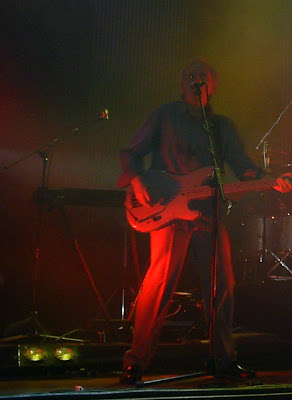 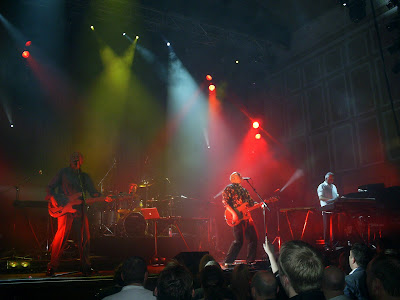 Great photos!
Wish I had been there...