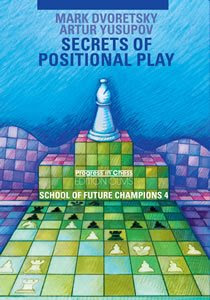 ‘It became clear that there was the need to develop an approach to the position, which I call ‘prophylactic thinking’ - the habit of constantly asking yourself what the opponent wants to do, what he would play if it were him to move, the ability to find an answer to this question and to take account of it in the process of coming to a decision’.

This is volume 4 in the acclaimed ‘School of Future Champions’ series.

‘Prophylaxis’ is the main theme running through the book, but plenty of other positional motifs receive attention.

The material is split into five main parts.

Featuring three chapters by GM Dvoretsky and a shorter one by GM Dlugy.

The pick of the bunch is ‘Prophylactic Thinking’, particularly the annotated games by Karpov (against Timman) and Petrosian (against Gufeld). Those two masters of the prophylactic style played moves which can be very hard to predict. Try guessing what they will play while looking at their games; the ‘hit’ rate will be surprisingly low considering nothing much seems to be happening. Good annotations are essential to understand what is going beneath the surface.

Karpov’s own notes are used to augment the author’s and they shed a very revealing light on the art of preventing the opponent’s intentions. 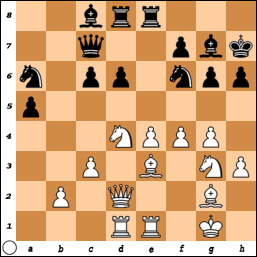 Karpov - Timman
Montreal 1979
‘Karpov’s next move is probably the best in the game. How did he find it? Obviously he asked himself what the opponent wanted. The answer is clear: to bring the Knight into play via c5. How can this be prevented?’ 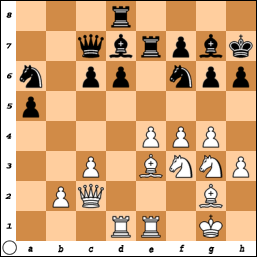 ‘Prior to his decisive offensive White places his pieces in the most harmonious way possible, and…once again reinforces his central outpost at e4!’

It’s these little moves that make all the difference. Having the presence of mind and patience to find them at the height of the battle is one of the big differences between those who can play like this and those who can’t. Karpov very rarely lost his patience. 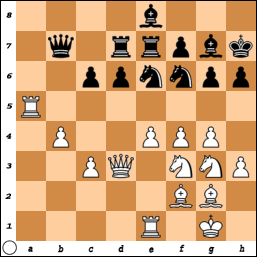 There are two sections by Alexey Kosikov, one by GM Dvoretsky and one by GM Yusupov.

This part contains two sections by GM Dvoretsky and one by the duo of Igor Khenkin and Vladimir Kramnik (on the Stonewall Variation of the Dutch Defence).

GM Dvoretsky’s section on ‘Opposite-Colour Bishops in the Middlegame’ is one of the most instructive in the book, showing how to use them alongside the initiative. 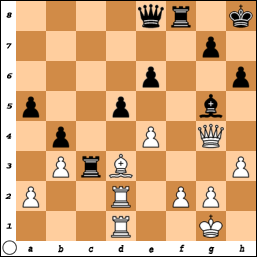 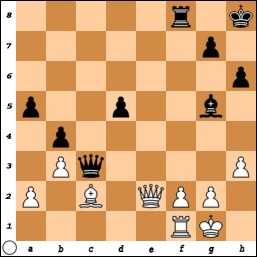 38 Bb1! ‘The triumph of White’s strategy - the queen inevitably reaches the b1 - h7 diagonal.’

The final position demonstrates the culmination of White’s strategy - and Black’s nightmare. The opposite coloured Bishops have not proved equal after all; Black’s is worse than a pawn and White’s is spearheading a decisive attack. 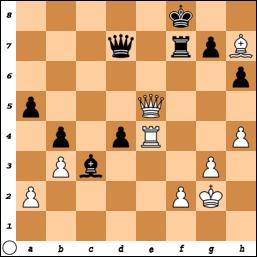 1-0
Careful study of the examples and annotations will give he reader an important addition to their middlegame armoury, especially as a lot of club and tournament will persist in thinking that opposite coloured Bishops are ‘always drawish’.

One chapter each for GM Dvoretsky and GM Yusupov; one by GM Bareev.

Part V: From Games by Pupils of the School

With annotations by GM Yusupov.

I always find the ‘Games by Pupils’ chapters of this series to be essentially filler material. The games are usually replete with mistakes and blunders. The main interest lies in spotting which of the young pupils made it through to be strong Grandmasters between then and now.

There are a few exercises for the reader to solve at the end of some of the chapters. The standard is high; it is not easy to find the right paths. 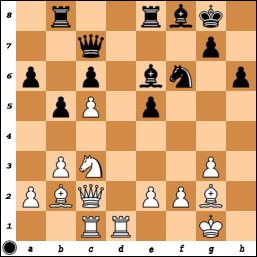 Timman - Larsen
Mar del Plata 1982
It’s Black to move. The only clue given is: ‘What does my opponent want, and what would he play if it were him to move?’

I’m not sure there has been any significant - if any - updating of the material since the earlier Batsford edition. (Kasparov is still ‘the World Champion’, Kramnik a guest writer.) If you already have that one on your library then you might think twice before ordering this one. However, those new to this volume will find much to enjoy. There’s an impressive amount of prose to compliment the (often lengthy) lines of analysis.

The layout is typical for Olms books; everything is presented very tidily with good spacing and very clear fonts.

Of course, it is great to see such a high quality chess book enjoying a new and attractive edition, but there is a strong desire to see some completely original chess writing by GM Dvoretsky.