The ABC of the Leningrad Dutch
By IM Andrew Martin
4 hours, 10 minutes
ChessBase
‘Maybe Petrosian rubbed his hands with glee at the thought of facing 1...f5, but for the average player the Dutch can be a nasty shock.’

IM Martin’s 14 and 15 ChessBase DVDs form a two part survival kit for the dark and dangerous world of the Dutch Defence.

Through the eyes of many players, 1...f5 is outrageously risky. Black’s desire to control the e4 is a worthy ambition, but is the obvious weakening of the King’s position justified? The author describes the Dutch a s classic ‘risk v reward’ opening.

‘I don’t think everyone will be suited to The Dutch…you will need good nerves, and a thirst for battle.’

The introduction is followed by three inspiring games, featuring Black having lots of fun, just like here: Ochkoos - Spragett
The initial examples of play are followed by a look at the strategic idea for both sides.Then it’s on to a study of the main lines.

Black is advised to head for the variation with 7...c6, rather than the older main line with 7 …Nc6. 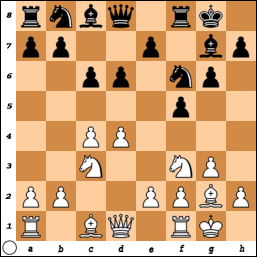 IM Martin explains: ‘7...c6 is a solid,flexible and very reasonable move which is ideal for the average player to adopt. Black blunts the h1-a8 diagional for the time being and keeps all options open.

White has numerous replies,due to the lack of immediate contact.’

White has an abundance of options on move eight.

and finally, the main line, 8 d5, are all analysed. Considerable attention is devoted to Black’s 8...e5. White’s best is 9 dxe6, after which Black accepts a backward d6 pawn in return for active play.

It is interesting that Black is advised to avoid White’s rustic berserker attacks. Against 1 d4 f5 2 c4 Nf6 3 Nc3 g6, some players like to blast away with 4 h4. The author takes the advice given by Stefan Kinderman in his book and recommends the 3…d6 move order for the second player.

Other deviations are covered too, with the focus falling on White’s Nh3 and b4 systems. 4 Nh3 is dangerous. 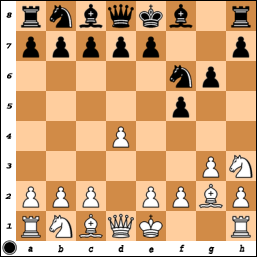 Black is advised against playing into White’s hands with 4...Bg7 5 Nf4 0-0 6 h4. 4...Nc6 is given here as the better option, forcing through a quick central break after 5 Nf4 Bg7 6 h4 e5. This is consistent with the general approach recommended by IM Martin throughout his Dutch lectures; Black has to take the bull by the horns and actively seek the paths to cause the most discomfort for White.

Playing 1...f5 is a brave move. It would be foolish to play it without knowledge of White’s aggressive deviations from the main lines, which brings us neatly to the nex DVD…

ABC of the Anti-Dutch
By IM Andrew Martin
3 hours, 10 minutes
ChessBase
Those who play Dutch variations other than the Leningrad can sidestep a lot of White’s Anti-Dutch lines by playing 1 d4 e6 and then 2...f5. Leningrad fans don’t have such an option, so preparation is essential. IM Martin claims that these unusual variations will be seen at least as often as the main lines in your own games. It’s no fun being hacked to death in an opponent’s sharp pet line.

On this DVD, the presenter devotes varying degrees of attention to the following:

The Staunton Gambit is treated with respect. An old line, stemming from Nimzowitsch, is advocated, throwing White back on his own resources. 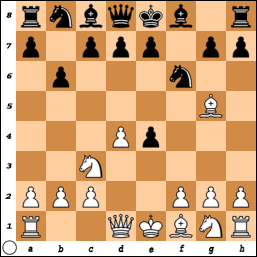 Black’s basic idea is to defend the e4 pawn by …Bb7, followed by …e6 and …Bb4. White might have trouble regaining the pawn, unless he quickly plays Bxf6. Black then should enjoy the Bishop pair. The illustrative games and explanations present a very healthy case for Black.

The key to meeting the obscure gambits such as 2 g4 is to avoid passive responses and to meet fire with fire. Black should claim some of the centre with an early …d5 and be aware of various counter attacking options. 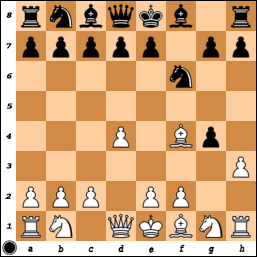 Production wise, both DVDs are among the best of the range. IM Martin’s delivery is strong and confident, consistently maintaining good eye contact with the viewer throughout. The material is excellently chosen and presented in an inspiring way. I’m quite sure that IM Martin could sell lawnmowers and ice cubes to Eskimos.

Careful study of the lectures should result in the viewer being able to play the Dutch with an air of authority.

‘You should be ready now to go out and play one of the most exciting and unusual openings in the entire realm of chess theory.’

There’s an additional opening book covering the most important top level games, historically stretching from the Steinitz - Lasker World Championship match of 1896 up to games played in November 2008.

The material can easily be loaded on to ChessBase, Fritz 11 and/or Rybka 3; it takes just three or four minutes. One installed, the Powerbook should, if used diligently, ensure your opening preparation is raised to a level your opponents will envy.

For a bit about my own experiences with the Dutch Defence, see here:

Hi Sean,
Thanks for your great site. How do the Martin Dutch ABC DVDs compare to the Foxy Opening ones he did some time ago I'm very tempted to invest but already have the Leningrad Foxy version. Are these considerable updates ? All the best !

They are indeed considerably updated. I think the old Foxy Opening DVD featured ...Nc6 instead of ...c6 in the Leningrad main line, and most of the illustrative games on both DVDs are recent (some are from 2008). So I'd say if you are interested in the Dutch then an upgrade is a good idea. Plus, the running times are a lot longer than the Foxy series.

Unfortunately for ChessBase, l never buy another DVD where Andew Martin is the author. I have 5 or more of his DVDs and find that they are not objective, and lack balance. Martin tries to give the impression you can barely lose if you play the opening the DVD is on. His DVD on the dubious Bird Opening (1.f4), could leave you believing you might as well play only the Bird, as it is such a great opening for white. Despite he has produced more DVDs for ChessBase than any other author, to me he is the worst author.

But the lack of objectivity of Martins DVDs is far more severe than other authors. I've love to see him produce a DVD for the opposing colour. For example, his DVD on the Alekhine (1.e4 Nf6) gives you the impession black can barely ever lose when playing the Alekhine. If he ever produced one showing how white should react to the Alekhine, I'd buy the DVD for the laugh. But other than for amusement value, I think his DVDs are best ignored.

Clearly many others don't share my view, as he is a very plorific author of DVDs, so I assume they must be selling.