There was a time, back in the 1980s, when it was virtually pointless keeping a main-line Sicilian in your repertoire. This was because the amount of work necessary to maintain it wasn’t really worth the effort, as all 1 e4 players seemed to aim to swing the game quickly into lines they knew a lot better. Namely: 2 c3, 2/3 f4 and 3 Bb5(+). Honestly, you couldn’t move for these variations! Along came the famous John Nunn book, ‘Beating the Sicilian’ and suddenly everyone started taking the bull by the horns again and the main lines regained their popularity. Everyone was happy!

Now, 20 years on, the Grand Prix Attack and 2 c3 are a lot rarer but the Bb5(+) circle has turned again. A lot of 1e4 players are happy to vary between this and the main lines and it would be foolish indeed to play the Sicilian without having something prepared for both eventualities.

IM Richard Palliser opines that the current popularity of 2 …Nc6 3 Bb5 is due to the tremendous strides made in the theory of the Sveshnikov Variation, honed into such a formidable weapon by the likes of Kramnik and Leko. Many players simply don’t want to enter the complications and/or don’t have a spare lifetime to devote to analysis.

One only has to look at the bibliography of a Palliser book to see how much investigative effort he packs into every work. In this case, sources are identified all the way from a slim 1976 monograph up to Mega Database 2005. The reader can be assured that this not a written-in-a-weekend hack job!

The first half the book deals with Bb5+ in response to 2 …d6 by Black. Defending as Black is not an easy task, made more complicated by the different options available to White. For example, the first player can chose the type of game he prefers, whether it is one of the gambit lines and the good old Maroczy Bind. 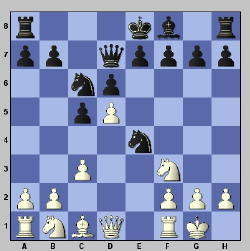 The good news for Black is that the latest games and analysis suggest the Maroczy Bind isn’t the problem it was once thought to be.

In one of many well chosen illustrative games, the author details a method of play devised by Ivanchuk… 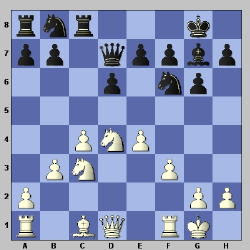 11 …d5! and Black is fine (if he knows the correct continuations!).

2...Nc6 3 Bb5 is considered in the second half of the book. At the moment this branch is the most popular as many players head for the Grandmasterly Sveshnikov.

Each one has its merits but 3 …g6 seems to have emerged as the current main line. White has the usual choice between keeping things quiet and early aggression. 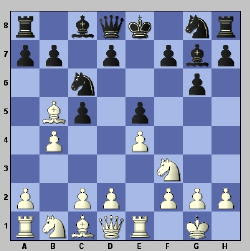 …catches the eye as a fun way to set the opponent problems.

VERDICT: Richard Palliser has been steadily building up a deserved reputation as an extremely diligent author of high quality chess books. This current work lucidly distils a massive body of over 40,000 games into what could well be a definitive volume for some years to come. There’s plenty of explanatory notes (another Palliser trademark) and I believe players on both sides of the Sicilian will find much of interest.

Playing a universal opening system carries obvious advantages. Using one with so little theory could increase the advantage, especially at club-chess level, when throwing the opponent back on his own resources can often be an excellent way to harvest some relatively easy points. To this end, 1 …g6 has always retained a certain degree of popularity yet very few have been tempted its Queenside cousin.

Christian Bauer addresses this topic in his introduction and gives the three main reasons why the idea has never really caught on.

1) Black is still several moves from castling, whereas after 1 …g6 and 2 …Bg7 space is already being cleared for 0-0

2) A Kingside fianchetto is often augmented by the …c7-c5 break, melting the long diagonal. With the Bishop on b7, the corresponding break would by …f7-f5, which is understandably seen as a riskier lunge.

3) The Queenside fianchetto could be seen as more of a luxury than an essential part of Black’s opening plan, so shouldn’t he be getting on with something more constructive so early in the game?

The counter-argument relies heavily on the flexibility Black maintains. Over the first few moves he will be able to gather various pieces of information, derived from White’s moves, as to how the first player intends to set up his position. Black can then react in the most suitable manner.

The author goes on to say that 1 …b6 would make a useful ‘alternative weapon’ and this is probably the best way to look at it. At the right time, against the right opponent, I suspect the lines given could be very dangerous indeed.

So on to the contents. Can the Grandmaster convince us that 1 …b6 is viable against all of the main opening moves in 224 pages?

The main test must surely be 1 e4. Then 1 …b6 at least finds itself with a name: Owen’s Defence. This has always been frowned upon, but I wonder how many 1 e4 players actually have a decent line prepared against it. Not many, I suspect; most will probably trot out a standard line based on e4, d4, Nf3, Bd3 and c3. There are some very murky lines at Black’s disposal. 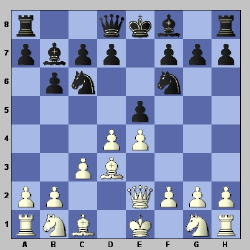 …when it’s hard to imagine many White players having much experience of the ensuing complications.

Lines after 1 d4 which don’t transpose to 1 e4 tend to be less critical. Attempts by White to head for recognisable Queen’s Indian position meet with the early …f5 spanner, which is fine if Black feels at home in the Dutch Defence. More popular tries by White to blow Black out of the water can begin with either 1 d4 or 1 c4 and take place under the banner of ‘The English Defence’. White can erect a massive centre but how far will Black go in order to smash it to pieces? 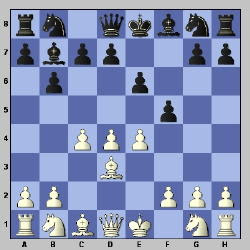 …leads to mayhem and you’d definitely need to put some serious time into your investigations before trying it (for either colour). Black does have the more sober options 4 …Nc6 and 4 …Bb4+ to choose from but White will obviously be able to maintain a spatial advantage. Not everybody will be comfortable on the Black side of these sort of positions but free spirits will revel in them.

It is against the committal 1 c4 that 1...b6 seems to be soundest. Anyone happy with the English Defence solely as a method against the English Opening will not really need to update their copy of Daniel King’s earlier book on the subject, because the analysis given there is still perfectly valid.

The final section covers 1 Nf3 b6. One potential problem for the second player could arise if White chooses to refuse all provocation and stick with the King’s Indian Attack; Black often needs to expand quickly on the Queenside and achieving …b5 is going to cost an expensive looking tempo. Nevertheless, there are other ways to play and once again the Hippo raises it’s not inconsiderable head.

VERDICT: Traditionalists keep away! There is nothing for you here. However, free sprits and chess buccaneers will find a gold mine of swashbuckling ideas. Don’t assume that such rare lines can be played without suitable preparation though; the sharper options need to be examined in detail otherwise after just 15 moves you’ll be wishing you were a traditionalist with a fireproof QGD line after all. The author makes no promises but repeatedly shows his willingness to play 1 …b6 against strong players - including Khalifman!

The KIA was the recommendation given by Emms to combat the French Defence in his excellent ‘Attacking with 1 e4’ back in 2001. In local chess the line has been popular for some time but there are very few players who use the KIA as their main White repertoire weapon. One of the biggest problems facing White is how to deal with the line made popular by John Watson’s French books… 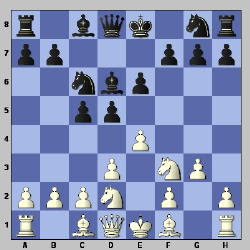 This line causes major headaches for White. Black intends to pile up too much pressure on e5 for White ever to establish his spearhead pawn there. Emms recommends a slight switch in strategy; playing an early Nh4 and playing for f4-f5.

The book covers all of Black’s replies, spanning from Sicilian and Caro-Kann systems to the Queenside openings the second player may try and steer lines into. A rude shock awaits Dutch addicts. 1 Nf3 f5 2 d3! is proving to be a fearsome weapon, as famously demonstrated by Magnus Carlsen when he crushed Dolmatov in 2004.

As usual with the excellent ‘Starting Out’ series, the book features many instructive notes, tips and warnings. Emms is one of the best common sense chess writers around and his explanations are always interesting and instructive.

VERDICT: Players with limited study time dream of finding a universal, low-maintenance opening. The King’s Indian Attack certainly fits the bill and this book does a great job in presenting enough information to enable you to take it up with confidence.

The Sicilian Dragon is one of the most complicated openings in the whole world of chess. I was intrigued to see how anybody could condense the subject into just over 200 pages. I suspect that Andrew Martin’s legendary no-nonsense approach led top him being singled out to tackle such a tough project.

A good introduction takes the reader through the basics via several instructive games. The first one is the classic Fischer-Larsen encounter from the 1958 Interzonal and Martin makes the pertinent comment that ‘Today even Fischer would find life a great deal more complicated against a Dragon specialist’. This is not knocking the 11th World Champion, merely pointing out that theory has advanced so much over the decades that it is no longer enough to ‘pry open the KR file, sac, sac…mate!’

The critical test of the Dragon remains the Yugoslav Attack and it is no suppose that the coverage of this dangerous system takes up over 120 pages. Martin highlights the difficulty he faces as he starts off the section with, ‘Ha, ha, Starting Out: The Yugoslav Attack! The best chess joke of the year as it’s an almost impossible brief…’

The Chinese Dragon is recommended and the older Soltis Variation, confirmed as sound when Kasparov famously adopted against Anand in their 1995 title match, still holds well, with the proviso that you need to do a lot of work to be able to go into such critical lines. 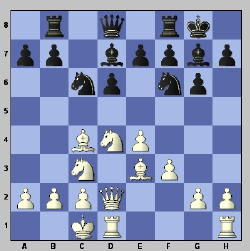 The Chinese Dragon, characterised by the cunning 10 …Rb8, is looking like a good try
Naturally, there are other variations apart from the Yugoslav you need to know something about before you can expect success with the Dragon.

The once-feared Levenfish Attack can now be met soundly be any of 6 …Bg7, 6 …Nc6 or 6 …Nbd7, providing Black knows what he is doing.

Black seems to be comfortable against the Classical Variation and most of the other early deviations but Martin highlights the modern system with 6 Bc4 as one needing careful attention.
VERDICT: This book will certainly get you up and running, but mastering the Dragon can be a full time occupation and you will definitely need additional, deeper material to enable you to play it at a decent level. Nevertheless, the author makes no claims for completeness and happily admits to the limitations of the chosen format. If you are thinking of adopting the Dragon then this is the obvious place to start but if you are already a regular exponent then I don’t think you really need this book.

Excellent site, I check it regularly. Keep up the good work!

On the topic of KIA, I just came across an absolutely brilliant game by Norwood against a certain Marsh...
http://www.chessgames.com/perl/chessgame?gid=1102717