The Caro-Kann
By GM Peter Wells

Gambit Publications
The Caro-Kann is a famously solid chess opening and one which I’m always surprised isn’t used much more often by club players.
It’s fairly easy to play and the basic ideas are relatively straight forward. There’s much less theory to learn compared to main-line Sicilians.
I expected this book to concentrate on the 4…Nd7 lines and was pleasantly surprised to see that all of the main lines are covered. Indeed, following a short introduction the first lines to be analysed are the old main lines with 4 ..Bf5. Black traditionally allows White to build up a space advantage, particularly on the Kingside, hoping to fight back later and prove that White’s early space-gaining lunges are premature.
A few years ago a slightly different move order became popular for Black. After 1 e4 c6 2 d4 d5 3 Nc3 dxe4 4 Nxe4 Bf5 5 Ng3 Bg6 6 h4 h6 7 Nf3 … 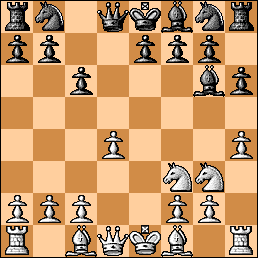 .…7 …Nf6 was in vogue, with the idea that the natural looking 8 Ne5 would be nullified by a delayed …Nbd7, whereupon White may well lose time after a retreat or an exchange. I’m by no means ’a child of Informator’ (or whatever the equivalent is these days) but I didn’t know that theory had already turned against this idea. So anyone interested in that line for Black should really have a peep at the suggestions given by GM Wells and avoid any forthcoming unpleasant surprises.

There’s plenty of verbal notes aimed at giving the reader a real understanding of the ideas involved, rather than just trying to copy a load of Grandmaster moves.

The coverage is thorough; this is not ‘just’ a repertoire book. For example, against the (still underrated) Panov-Botvinnik Attack (1 e4 c6 2 d4 d5 3 exd5 cxd5 4 c4) GM Wells take a good look not only at the trendy lines involving an early …Nc6, but also the Karpovian favourites with …Nf6/…e6 and even the completely unfashionable …g6 variations.

Incidentally, the author also lays an old ghost with the dismissal of the Gunderam Attack (- or ‘bowling Gunderam' as we used to say ‘down the club'; popular at club level from time to time thanks to it being recommended in an old Keene and Levy repertoire book). The antidote given here should spoil White’s fun… 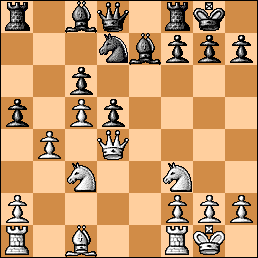 …unless, as White, you would see the funny side of playing this position.

Avoiding the whitewash approach so often adopted to make everything in a particular opening look like a forced win (a common error in opening manuals), this book includes plenty of White wins to, demonstrating admirable objectivity.

All in all, this is an excellent guide to the Caro-Kann Defence with lucid explanations.

An expanded version of 101 Brilliant Chess Miniatures takes the game count up to 125. All of the games are post-1970 and feature top-level players. Each game is given a page or two and the notes are generally brief.

The 16 page introduction contains the real meat of the book, diligently highlighting the causes of quick defeats over 16 pages. Unfortunately the bulk of the book doesn’t live up to the early promise. From pages 25 to 252 there are lots of crushing victories but with little in the way of further instruction as to how to adopt such methods in one’s own games.

As a collection of sparkling miniatures it’s fine, but it comes across as something of a pot-boiler, with little in the way of ‘Grandmaster Secrets’ on display. One for entertainment rather than self-improvement, methinks. 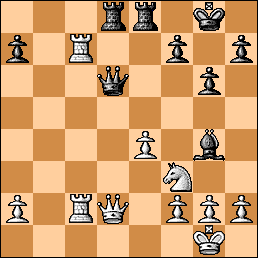 One would expect to find Tal’s name throughout a book on crushing miniatures but here he is on the receiving end. Olafsson uncorked: 22 …Qf4!! here, exploiting White’s back-rank weakness. Tal couldn’t hold on much longer: 23.Re7 Rf8 24.Qa5 Rd1+ 25.Ne1 Qg5! and again! 0–1 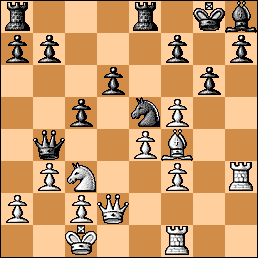 Emms v Summerscale
London 1997
22 Rxh7! and perhaps you, dear reader, can work out how White wins from then on.

50 Ways to Win at Chess
By FM Steve Giddins

Billed as a sequel to 50 Essential Chess Lessons, 50 Ways to Win at Chess follows the same format and presents a fine selection of instructive games with fine notes.

The games are grouped according to theme, namely:

Each game typically receives between two and four pages, with explanatory notes being, in the main, verbal rather than long strings of analysis.

It’s good to see some lesser-known games, including some from English events. At first glance, the exhibition game between David Howell and Vladimir Kramnik might seem an odd choice for deep annotations but it is in fact an excellently chosen example offering a real insight into the secrets of the Berlin Defence. 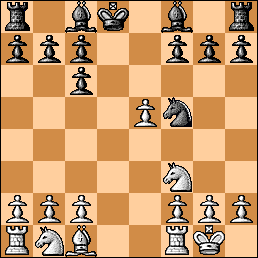 FM Giddins gives nearly a whole page of explanatory notes on the subtleties of this position. I certainly had a better understanding of this line after I’d read about it. I had no idea White had to be so careful to avoid standing worse.

The layout is easy on the eye, with new games starting on new pages and plenty of diagrams.
One final point: Steve Giddins is a ‘only’ FIDE Master but this book is further proof that titles don’t matter much when it comes to writing about chess.

I know some players who don’t trust written analysis by non-GMs (perhaps a little naïve; ghost writers exist in all genres and the name on the cover doesn’t always prove the ownership of the pen) but anyone reading this fine book should happily revise their opinion on whether or not ‘GM’ needs to precede an author’s name to make it a worthwhile book. Definitely the pick of this month’s bunch.