Chess Reviews 31
There was a time when chess videos - particularly the ‘Foxy Openings’ series, burst onto the scene and provided a very interesting alternative to studying chess through books.

Then it became possible to cram a million games onto one CD and be able to switch between them almost instantly, creating databases at the touch of a button. Players of all strengths could suddenly increase their opening knowledge and keep up to date as fast as any Grandmaster.

The state-of-the-art studying method now is a combination of the best bits of all mediums. Chessbase DVD-ROMs enable the viewer to experience a series of one-to-one lectures by a top player (even World Champions!), access games and summon analysis engines. Each DVD contains an astonishing amount of material and there are titles to cater for all tastes; whether the opening, middle game or endgame is your passion, there is a DVD or two to suit your quest for knowledge.

I am delighted to be able to review two of the latest releases.

The is little doubt that GM Tiviakov is currently THE top level expert on the 2 c3 Sicilian. Therefore it makes great sense to get the man himself to present this new Fritz Trainer DVD.

I’ve never played 2 c3 and haven’t faced it since my days as a Sicilian player (fully 20 years ago), so I deliberately picked this DVD to review to see how much it could teach me more or less from scratch.

The introduction sets the scene admirably. White’s aims are clearly outlined: the desire to simply create a strong pawn centre and the temptation to stamp White’s authority on matters, rather than heading for one of Black’s beloved main line domains.

A glance at the index reveals the thoroughness of the coverage. Virtually every sensible Black is given, including the rarer tries such as 2...b6 and 2...Qa5, before moving on to the two main lines: 2...d5 and 2...Nf6. 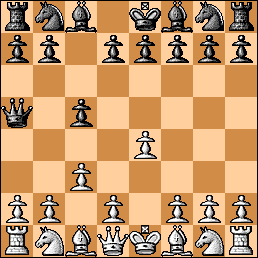 2...Qa5 looks awful but the idea is sound; Black deters 3 d4 as the c3 pawn is pinned and can no longer capture on d4. It’s by no means an easy matter to gain any sort of edge against this remarkable move. Indeed, GM Tiviakov suggests Sicilian players could do worse than devote some time of their own looking seriously at this option.

2...d5 is one of the two most popular options for Black. To investigate this line a little further I took a look in IM Palliser’s recent book, ‘Fighting the Anti-Sicilians’. I have a lot of respect for the author and was intrigued as to how his coverage would differ from that given here. 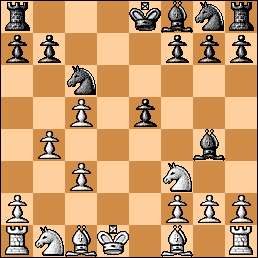 In this position, a 2004 game Tiviakov - Zarkua continued 8...e4?! and White won quickly. IM Palliser acknowledges the move as dubious and advocates increasing the tension with 8 …a5 instead. Unfortunately, this move is not mentioned on the DVD so the comparisons of analysis are drawn swiftly to a close.

The opinion stated here is that 2...Nf6 is Black’s best choice and that much of the sting of White’s main line (after 5 Bc4) has been drawn out by a variation demonstrated in a game Tiviakov-Carlsen.

Black’s 8...a6! Appears to take some of the potential out of White’s set-up. 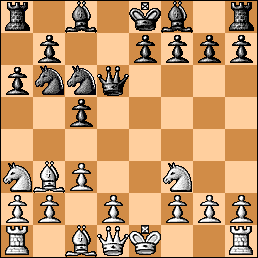 This is a refreshingly honest approach by a presenter, in his favourite opening, trying to ‘sell’ it to the public.

Some thought is given to alternative variations, especially 4 g3, which GM Tiviakov deems worthy of independent study (and possibly the ultimate way forward for White).

GM Tiviakov doesn’t appear to be entirely comfortable in front of the camera and more often than not his gaze is fixed upon his own computer screen, with little eye contact with the viewer. ‘Hard sell’ is not his style but his honest presentation of material makes this a worthy product. Sicilian players and slayers will learn a great deal if they have an interest in 1 e4 c5 2 c3.

The ‘Power Play’ series has already seen GM King present material on ‘Mating Patterns’, ‘Attacking the King’, ‘Pawn Storms’ and ‘Start Right’. Although technically a numbered series, each DVD can be studied in isolation.
The DVD starts with a brief introduction and then plunges the viewer into 11 consecutive test positions. If one follows the material in the given running order, the solutions will not be discussed until after the bulk of the DVD lessons.
Here’s a sample test position to show the challenging level… 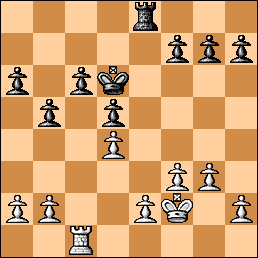 Can you formulate a plan for White?

The ‘main database’ contains the real meat of the product. Over the course of 30 video clips, GM King talks the viewer through a whole range of top-level positions, urging that you close down the annotation window so as not to ‘inadvertently’ glace at the next move. Topics include weak pawns, how to cripple the opponent’s pawns and a special study on structures featuring one side having a 4-2 pawn configuration against 3-3 set-up. 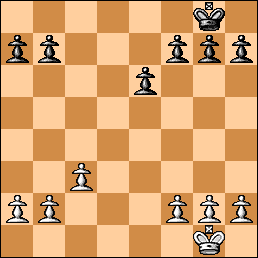 The logic of discussion this structure in depth is that it is one of the most important and popular ones in modern chess. GM King shows how this pawn arrangement can be reached by so many different openings, from 1 e4, 1 d4, 1 c4 and 1 Nf3.

The advantages and disadvantages for each side are weighed up using classic games as examples, starting with an excellent analysis of the famous game Marshall - Capablanca (New York 1909). 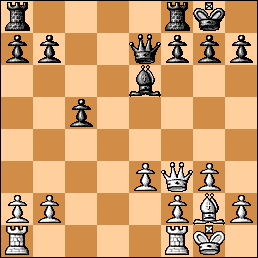 A lot of the examples feature middle game dynamics but there’s plenty of endgame material too. A section on ‘Karpovcramp’ provides an excellent demonstration of the 12th World Champion’s skilful methods of squeezing the maximum advantage from tiny edges.

The DVD concludes with the solutions to the earlier test positions and a summing up ‘outro’.

There’s over six hours of material on here; that should be a clear indication of ‘value for money’.

GM King’s polished presentation skills are ideally suited for this medium. He has clearly researched and arranged the material very thoroughly indeed I believe that any chess player can really something from this DVD, regardless of playing strength. An absolutely top quality product.

For full details of all Chessbase products, please visit: http://www.chessbase.com/
Posted by Sean Marsh at 00:39