‘Mega!’
The death of local chess character Michael J. Welch shocked the local club scene last month. Aged only 42, he was knocked down by a bus and never recovered from his injuries.
I think sufficient time has now passed by to enable UNCUT! to take a look at some aspects of his life in chess.
A very long time ago, he acquired the nickname ‘Mega’, due to his habit of repeating the word in exclamation and praise of anything and everything noteworthy and/or pleasurable. A Queen sacrifice, a long, forcing theoretical line in the Sicilian Najdorf, a good joke and a ‘house special’ kebab were all ‘mega!’ and consequently the name stuck.
He was a member of various clubs over the years, from St. Peter’s through to Guisborough and Middlesbrough, with frequent appearances at Redcar. I got to know him better once he joined Guisborough in the mid-1980s. We met in the final of the 1989-90 Guisborough Championship and after 44 moves we reached this position… 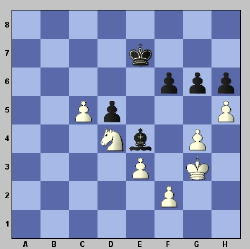 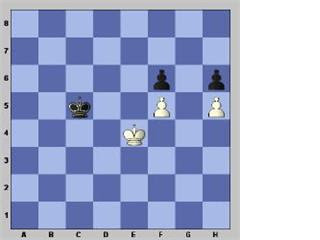 White discovered, to his horror, that not all King and pawn endings with an extra are winning. This was the key game in a great match victory for the Knights.

He enjoyed heavy theoretical lines in several openings, such as the Sicilian Najdorf, Alekhine’s Defence and various sharp gambits in the Slav and Semi-Slav.

His final club was Middlesbrough and he made an excellent job of captaining the Middlesbrough Knights at a time when it had a predominately junior line-up. Indeed, for a couple of seasons the Knights were the biggest threat to Elmwood and The Rooks; not that they were ever likely to win the league, but they were more than capable of beating any team in a single match.

For the last few years, Mega’s chess was confined to the Internet and was a Senior Representative on chess server FICS, where he enjoyed the respect of the chess playing masses.
He was remarkably good at both Scrabble and table tennis, but there was always a tendency to be somewhat accident-prone. A friend recalls…

There was the famous time at Middlesbrough Chess Club when his chair collapsed during play. His hands and arms came down on the table to try and steady himself and his board and the one next to him went flying with pieces everywhere.

Another time we were in a supermarket and getting some drink in for Christmas. He reached to the top shelf only for his body to dislodge a pack of 24 bottles of beer onto the floor shattering them all. We scarpered…!

Blurring the line between ‘unemployed’ and ‘unemployable’, he was once forced to go to a job interview and escaped the dreaded fate of being ‘considered’ with a remarkable strategy. He approached the people in question with the immortal words, ‘Permit me to introduce myself. My name is Michael J. Welch and here is my Curriculum Vitae for you to peruse at your leeeeeeeeeesure’. Like I said, he enjoyed forcing variations…

Over the board, there were times when he couldn’t contain himself. More than once he responded to a weak move from an opponent with a very audible ‘HUH!’ before bashing out the refutation.

In a match against Redcar, another opponent picked up his rook and then suddenly realised the move he wanted to play was illegal. He thought for some time and then picked up another piece. Mega uttered the immortal words ‘I'm afraid you're still going to have to move the Rook’ There was only one legal Rook move…and it cost the Rook, for no compensation whatsoever. Mega could never keep the lid on his glee on such occasions.

To conclude, here’s a game which shows him at his best, in one of his favourite variations. 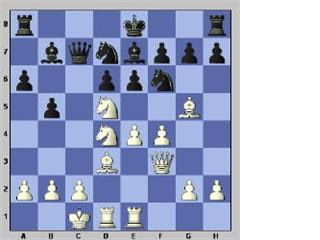 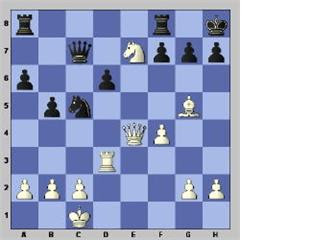 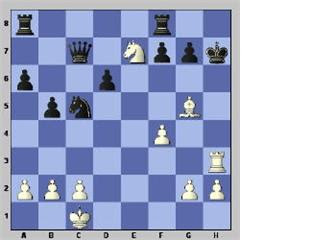 Michael J. Welch
‘One Of The Game’s Real Characters’
R.I.P.

A truly great character. Out of the ordinary, never boring and a character that, without chess, I would never have had my life enriched by his prescence.

May he rest in peace - if only for those resting around him!