The seventh volume in Grandmaster Seirawan’s extremely successful ‘Winning Chess’ series takes a look at the wonderful world of chess combinations.
After a short introduction, telling how this particular book came about, it’s straight down to business with the first of the eight entertaining chapters: ’Three Combination Types’.
The material gets harder as the book progresses through its 254 pages. With strong emphasis on pattern recognition, Seirawan goes on to give extensive coverage to the classic combinations, such as ‘The Classical Bishop Sacrifice’.
I like the way he builds up the standard patterns from basic positions to their use in real games. For example, he follows up this basic pattern: 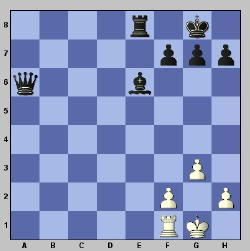 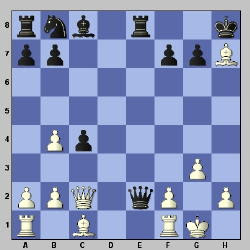 The conclusion? You guessed it! 16 …Qxf1+!! 0-1 It’s a great feeling to play such moves over the board. As Seirawan succinctly puts it: ‘Boof! Bang! Pow!’

I think we’ve all been on both sides of the famous Bxh7+ combination at some time or other and it’s comforting to know that even top Grandmasters can occasionally find themselves slipping into the standard patterns. 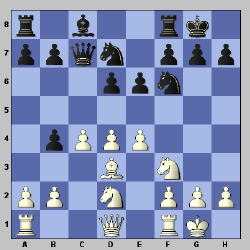 Quinteros - Seirawan
Biel IZ 1985
White managed to bring about a standard sacrifice after: 10 c5! dxc5 11 e5 Nd5 12 Bxh7+! Kxh7 and White whipped up a very strong attack (but later went astray and Black eventually won).
Chapter 5, ‘Blunders and Boomerangs’, serves to remind us that combinations must be properly analysed to avoid unpleasant rebounds. The recent game Adams v Kramnik (Sofia 2005) is given excellent coverage and shows that even a World Champion can run aground with faulty play.
The final two chapters take a look at several examples from the World Championship Tournament of last year. The positions are presented as tests, followed by extensive and highly instructive solutions. The tests are tough enough for any club or county player - as game positions taken from a World Championship should be - and the reader’s efforts will be rewarded.
Here’s a sample for the curious. 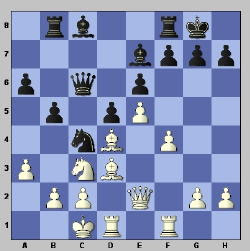 Seirawan’s writing style is very user-friendly and he is eminently capable of teaching without talking down to his target audience. He is not afraid to share his own blunders; indeed, the annotations to his own up and down encounters are possibly the best in the book.

VERDICT:
When I first opened this book I thought it was going to be more of a primer from beginners, with well-known examples. I was very pleasantly surprised to find that there was plenty of material - most of it extremely recent - for more advanced players. The author’s optimistic and lively tone makes this an excellent and highly instructive volume. Recommended!