Revolver 1
Have you all been to see ‘Revolver’ yet? Ignore the poor reviews; this British gangster film is actually well worth your time, not least because it features a recurring chess theme throughout. 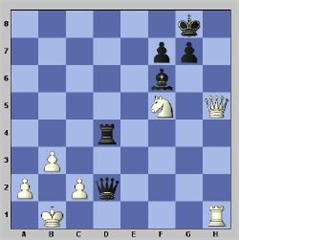 The story goes that Alekhine reached the following position - with White - against a German general in a simultaneous display (blindfolded to boot) during the Second World War
Here the General was acutely aware of the mating threat and offered to resign. Alekhine offered instead to switch colours. The General agreed, whereupon Alekhine played 1 … Rh4! 2 Nh4 Qc3! with another mate threat. 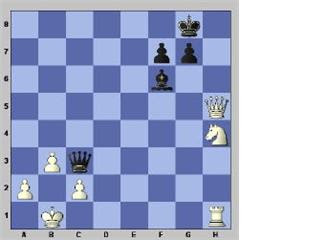 Again the General thought he had better resign but Alekhine repeated his earlier offer and switched sides! The General accepted, but after 3 Qh8+! Kxh8 4 Ng6+ 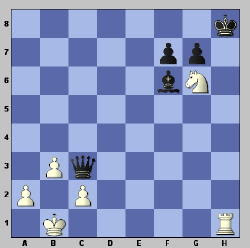 Test your own fighting skills on the following famous positions…. 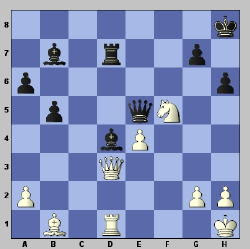 Von Popiel - Marco
Monte Carlo 1902
Black resigned (1-0), seeing no way out of the potentially lethal pin on the Bishop. Can you see a decent alternative to resignation? 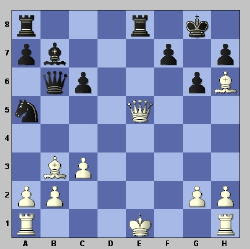 Anon - Sonnenschein
Berlin 1937
White resigned (0-1), thinking the pin was decisive. Can you see what he should have played? 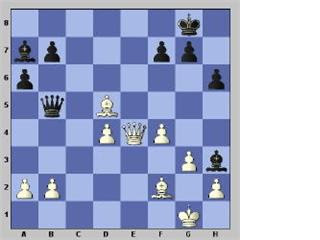