The third edition of the Project 30 Zoom Quiz was the biggest and best to date.
The quiz has now gone international, thanks to the involvement of Kineke Mulder of Chess Unlimited. 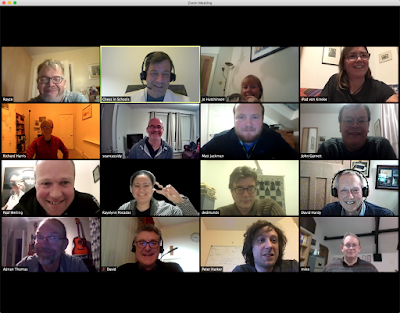 Jo Hutchinson and Adrian Thomas (one of the kings of British Rythm and Blues - check out the Voodoo Sheiks) were among those also making their debuts in this strictly-by-invitation series of events. 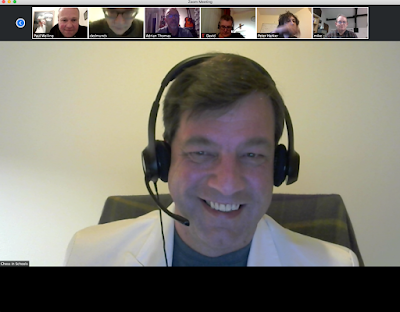 David Hardy is the champion, with John Garnett runner-up and Sean Cassidy third.

Thank you, everyone, for a fabulous, fun evening. 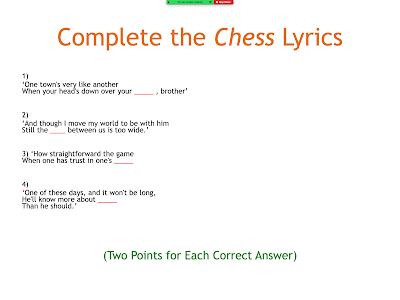 Incidentally, some of the answers I received for the lyrics question were not only incorrect, but also anatomically impossible.
Posted by Sean Marsh at 10:17