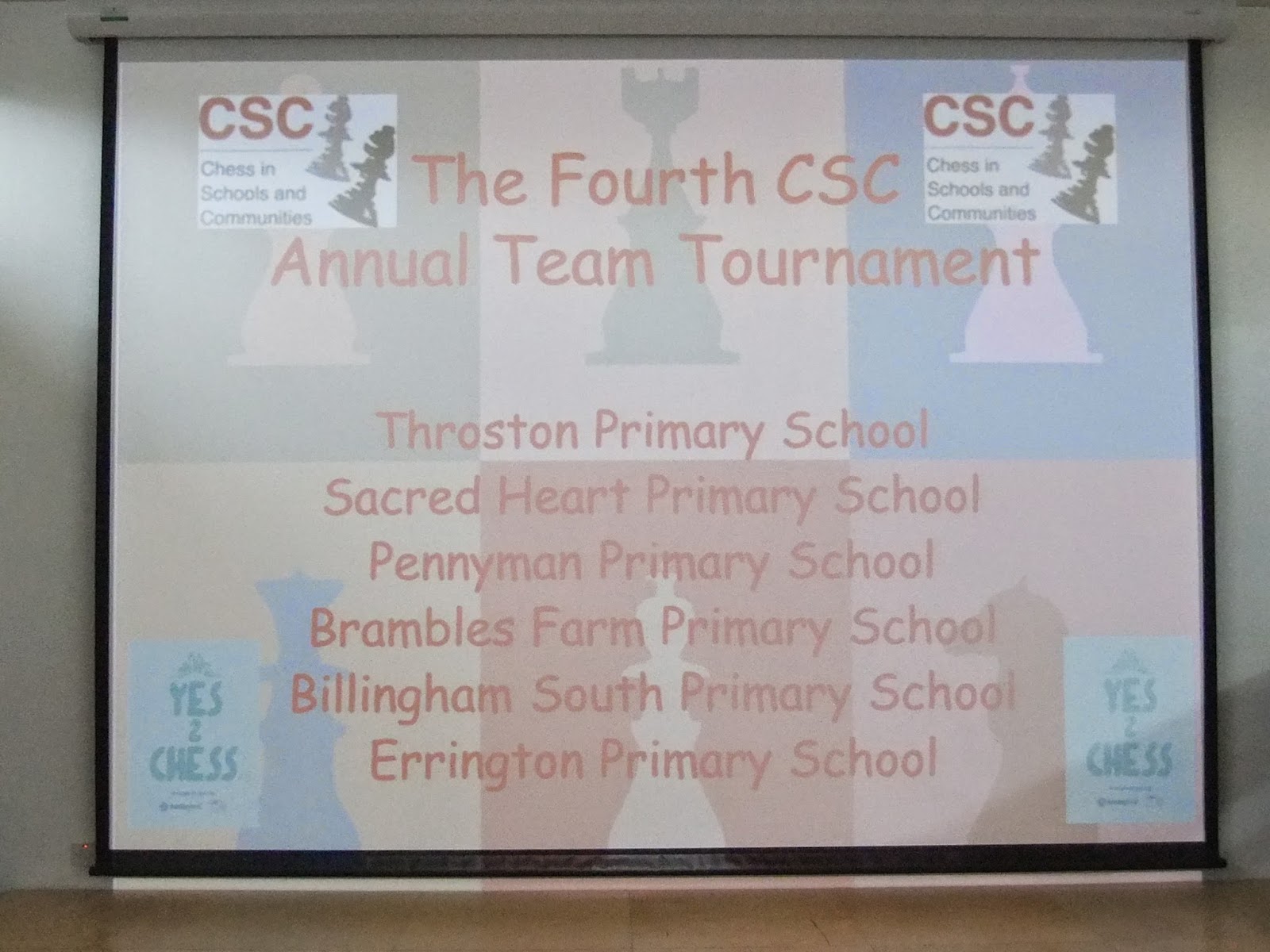 The 4th CSC Team Tournament produced a tough battle for honours, with defending champions - and this year's hosts - Throston Primary School hoping to win the title for a third time in four years. 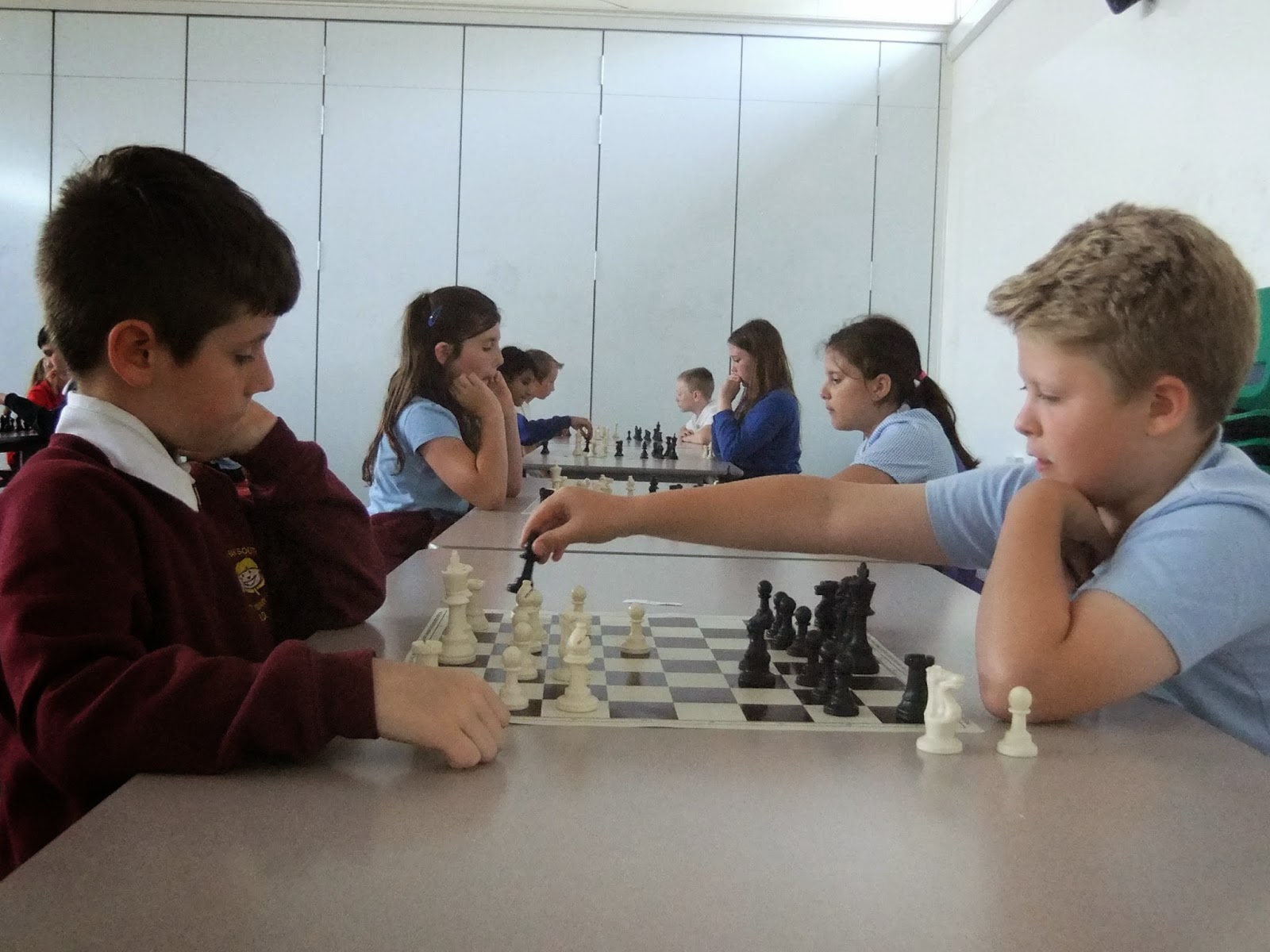 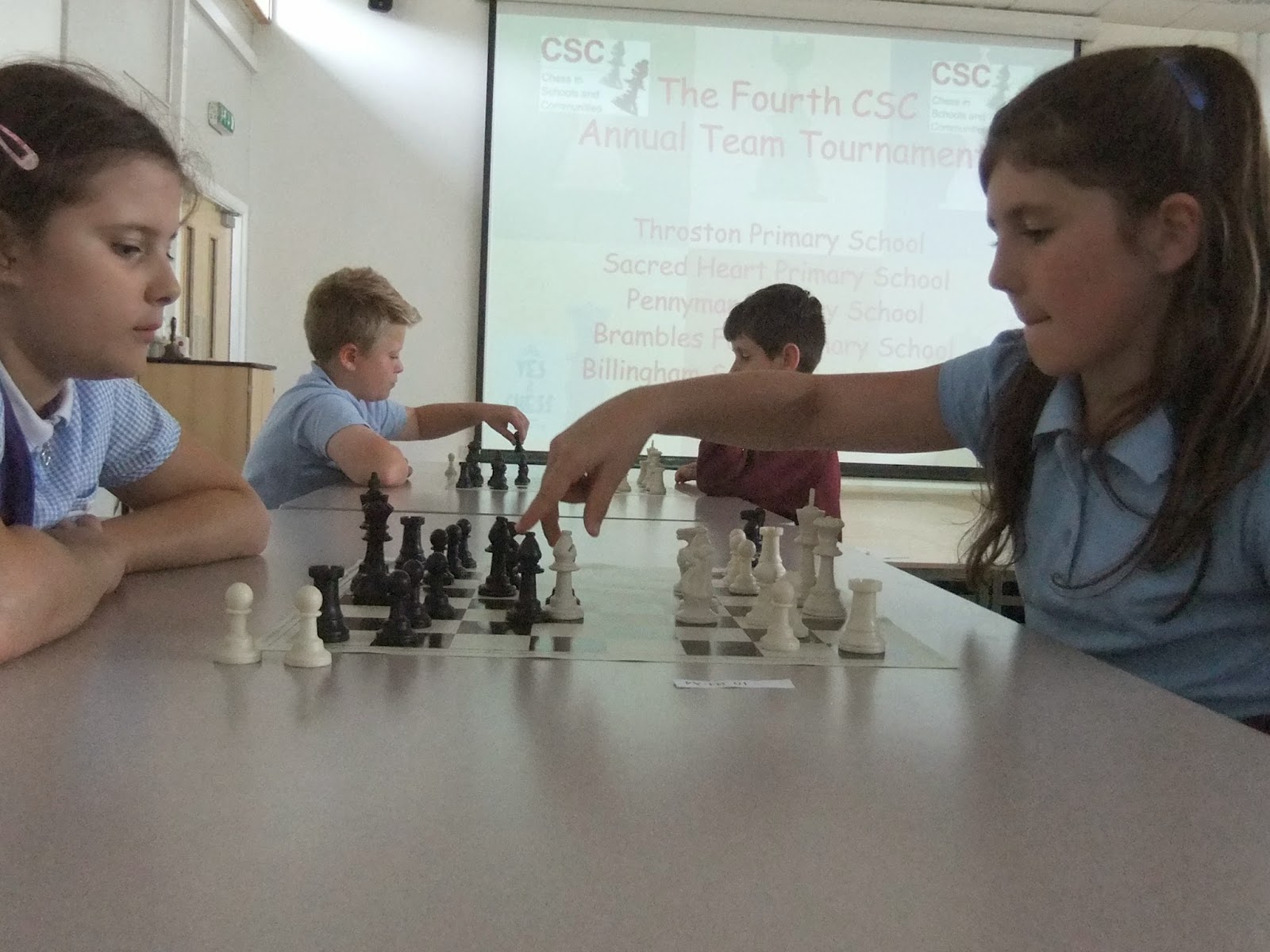 However, at the end of the first round, Errington Primary School held a significant advantage of one and a half points over Throston A, having won all four of their games. Brambles and Billingham South were just half a point off Throston A, Throston B and Sacred Heart in close pursuit. 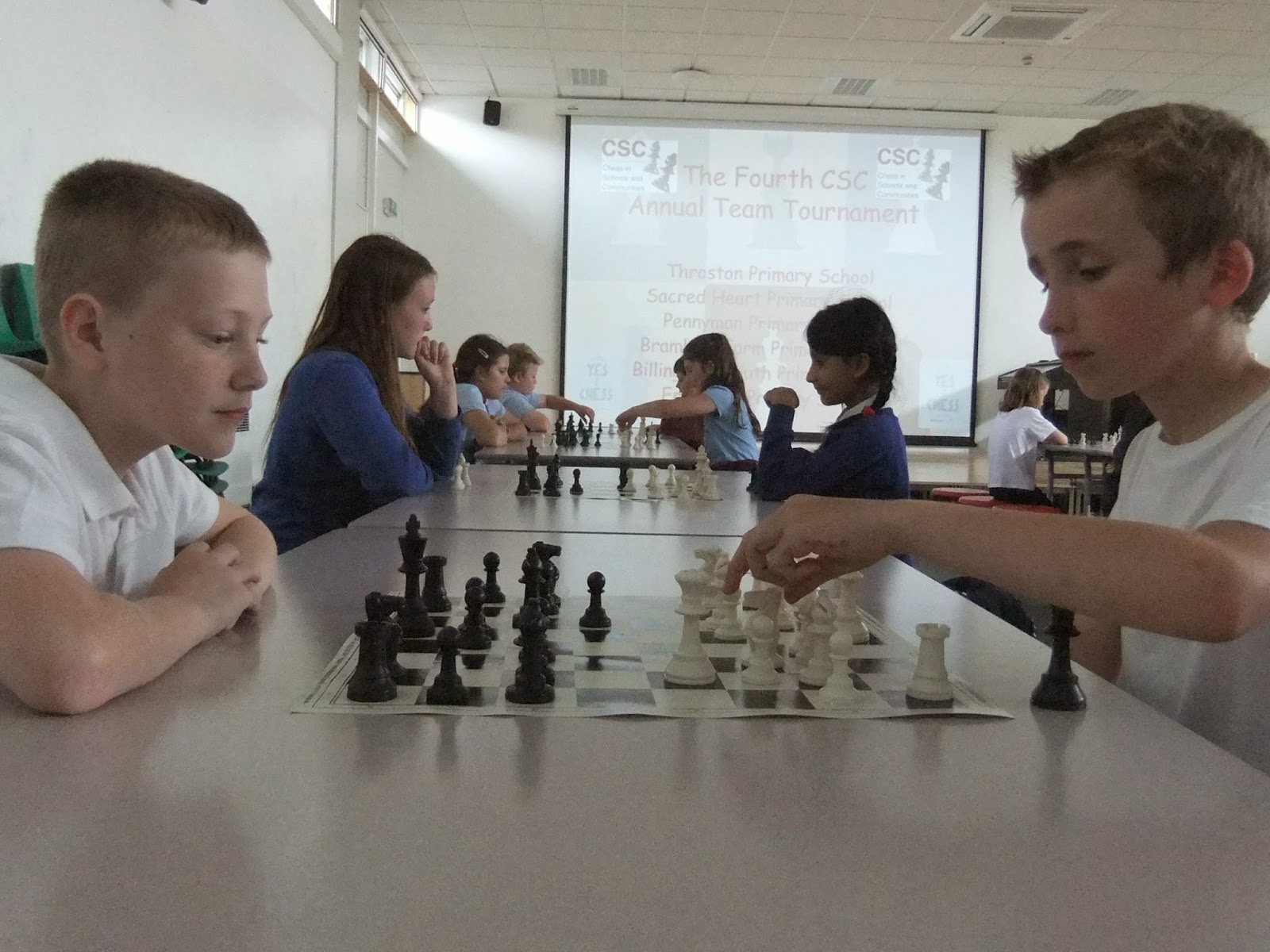 The second round brought a single defeat for Errington but wins in the other three games meant they could no longer stopped, despite powerful attempts by both Throston A and Billingham South, who finished second and third respectively. 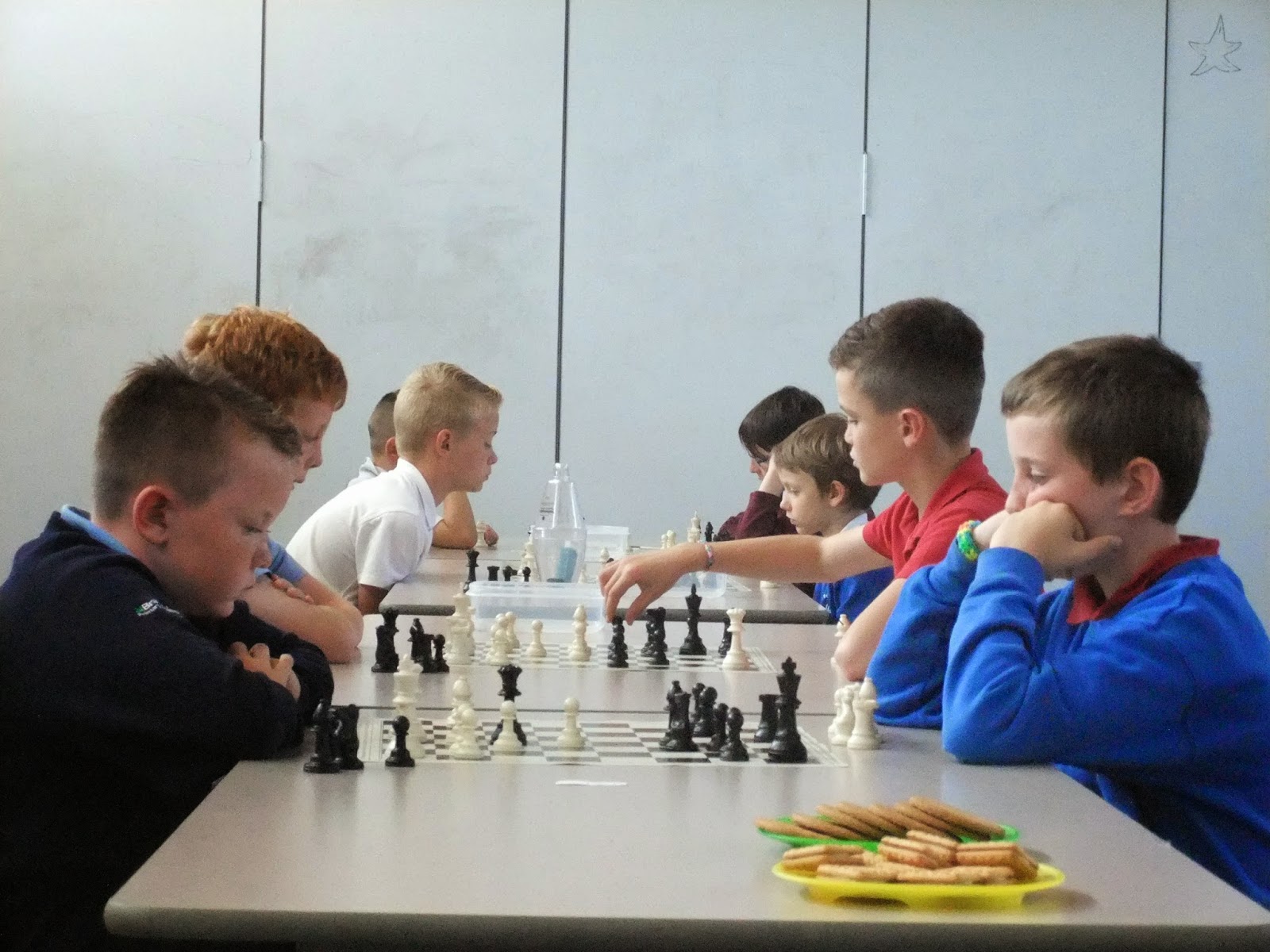 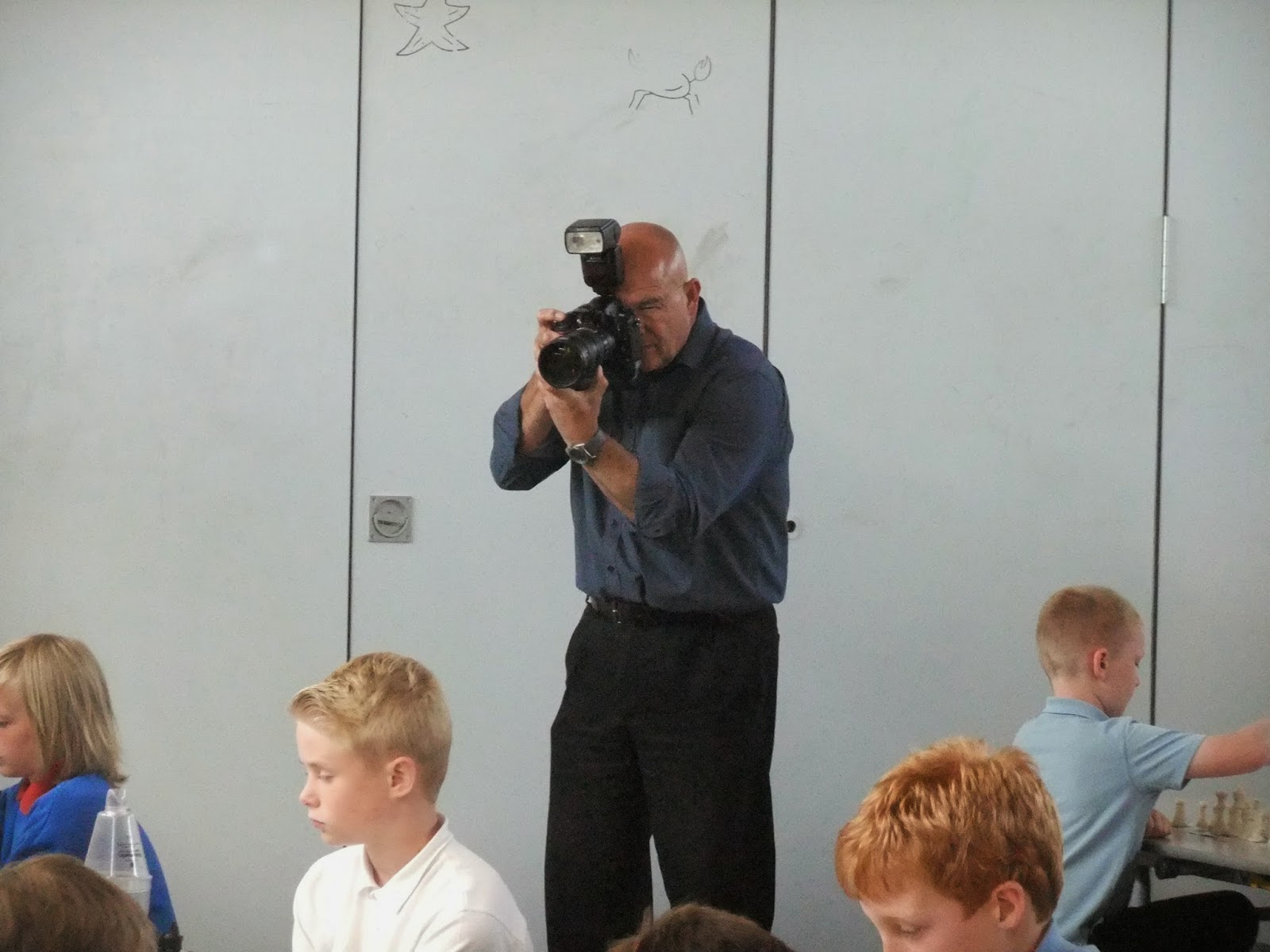 The Hartlepool Mail, long-term supporters of our events, were there to cover the tournament. In addition to the usual photos - which should appear in the paper some time this week - they shot some video footage, which can be seen here.

Congratulations Errington (Jack Dunn, Finn Henry, Thomas Stiff and Zoe Coates), who were runners-up in 2013. Can they successfully defend their title in 2015? We'll see!