GM Hellsten neatly sums up the history and objectives of his book:
'This book has its origin in my classes as a chess trainer in Chile and Ecuador. The objective of the book is purely practical: to help the reader to improve his skills within chess strategy. It does not pretend to fulfil any scientific, historic or artistic functions.'
In a nutshell, 'This book touches a wide range of subjects related to middlegame strategy'.
There's some interesting material on the art of studying, such as this pertinent observation:

'Naturally, any new chess knowledge has to be integrated in our mind with such depth that we are able to swiftly apply it in practice, even if a long time has passed since the learning moment. School kids often memorize a lot of facts before an exam, and forget most of it within a few weeks. (I, for one, would not like to repeat today my French or Maths exams from 1990.)'
The material is presented in the following sections:

Readers have the chance to study bite-sized chunks of strategic wisdom in the first parts of the book, before using testing their knowledge on the exercises.
The positions are very well chosen. I think it must be a tougher task to select game snippets to demonstrate strategic ideas rather than little tactics or checkmates and the author has done a very good job.
Here's a simple example which gives a clear demonstration on how to improve the prospects of a particular piece. 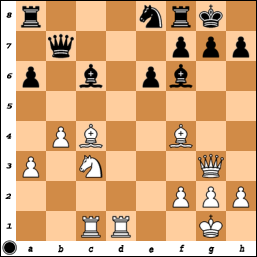 The position looks very pleasant for White, but Black took direct steps to improve the harmony of his position with 21 ...g6 22 ...Ng7 and 23 ...Nf5 and very quickly stood better.
There's an abundance of eye catching examples. I like this one, showing GM Polugaevsky fully appreciated that what is left on the board after an exchange is the important thing to keep in mind. 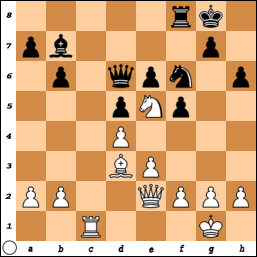 20 Ba6! exchanging what is, on the surface, a good Bishop for a bad one. The point is that the removal of Black's Bishop loosens his control of the c-file, which Polugaevsky was quick to utilise on his way to victory.

In all, there 240 examples followed by 382 exercises. That's a lot of instructive material; it's a big book and ideal for dipping in and out of. It's the pick of the bunch featured in this review article.

This book marks the start of a brand new series from Everyman Chess.

'Attacking Chess is a brand new series which focuses on traditional attacking openings, as well as creative and aggressive ways to play openings that are not always associated with attacking chess. It provides hard-hitting repertoires and opening weapons designed for players of all levels.'
The King's Indian had become more popular at the highest levels over the last few years, thanks partly to the games of GM Radjabov - the new hero of the KID.
The first two parts cover The Classical Variation 1 d4 Nf6 2 c4 g6 3 Nc3 Bg7 4 e4 d6 5 Nf3 0-0 6 Be2 e5 and the third part analyses The Saemisch Variation, against which Black is given the line 1 d4 Nf6 2 c4 g6 3 Nc3 Bg7 4 e4 d6 5 f3 0-0 6 Be3 Nc6 7 Nge2 a6 8 Qd2 Rb8 to play. 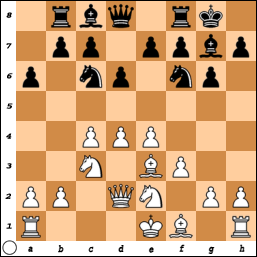 Coverage of some lines is slighter than expected. For example, 1 d4 Nf6 2 c4 g6 3 Nc3 Bg7 4 e4 d6 5 f3 0-0 6 Bg5 is skimmed over in brisk fashion.
The main lines are given considerable coverage. Indeed, this is a variation-heavy book and as such it reminds me a lot of the Nunn/Burgess times on the Classical King's Indian published by Batsford in the mid-1990s. I would have preferred more prose explanations; this book will appeal to more advanced KID fans and not necessarily to club players looking to learn about the defence for the first time.
Volume 2 is due in 2011 and will cover all lines other than those considered here.

'...an opening repertoire for Black based on the Leningrad Variation'.

The selection of the Leningrad as the backbone of the repertoire means, of course, that Black will have to play 1 d4 f5 rather than 1 d4 e6 and only then 2 ...f5. Black is obliged to spend some time looking at all of the gambit lines at White's disposal. 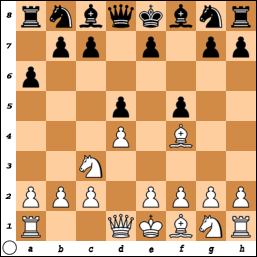 Too many pawn moves? Maybe...but Black prevents all ideas of Nb5 followed by c2-c4.
There are two main line options for Black. 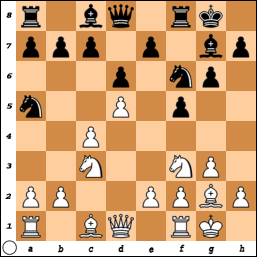 There are some oddities. From the position above, one line starts with 9 Qa4, which the author claims is 'A modern idea' , but I'm not sure what he means by that, as Keres beat Korchnoi back in 1952 in a very well known game.
This is an curious thing to say too:
'If you decide to play the Dutch against everything, you will face the English quite often.'
In fact, you will face the English just as often if you don't play the Dutch at all.
The Introduction was written in September 2008, suggesting a long gestation period prior to publication. Unfortunately, this seems to date the book a little bit, albeit subliminally.

Neil McDonald writes well for club players and I'd suggest this book would suit that level best of all. The analysis is light and advanced players will want more meat on the bones. I didn't feel particularly inspired by this book, which I don't think is one of GM McDonald's best.

The material is presented in the following sections:

It's a colourful book and the material is presented attractively. The puzzles and exercises do tend to jump in at the deep end (the first three example feature Queen sacrifices for forced checkmates) so when it comes to juniors, this book may be best off in the hands of their coaches.

The are 58 puzzles to solve, including this one. 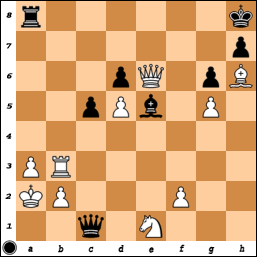 Black to play
Have a go, dear readers!