American Grandmaster
By GM Joel Benjamin
Everyman Chess
‘Hi, my name is Joel. I’m a forty-three year-old Pisces. I like sports, crossword puzzles, nature programs, and controlled mating attacks. Welcome to my story.’
This is a lot more than ‘just’ a collection of best games, it is a proper chess autobiography. Indeed, the game themselves are often secondary to the stories behind the tournaments and vignettes of friends of rivals. There are amusing and interesting anecdotes about a whole range of chess characters, including Kasparov, Korchnoi, Kamsky (or rather his infamous father), Gufeld and many others.
The ghost of Bobby Fischer stalks the history of American history (probably quite literally now) and even as Benjamin was making his mark as a junior he couldn’t escape the comparisons.
‘I think it was at the Manhattan C.C. where I first heard people speak of me as the ‘second Fischer’. The label did produce some backlash - one old lady said I was ‘‘not worthy of licking Fischer’s boots’’ '
He was heavily involved with the famous match between Deep Blue and Garry Kasparov and this is the subject of chapter 10, ’Blue Period’. Kasparov controversially hinted that there had been decisive human intervention in the second game; GM Benjamin calmly refutes the allegations. It’s great to be able to read - at last - the other side to this affair.
GM Benjamin’s chess career has been long and impressive. There are chapters on his record-breaking of 23 appearances in US Championships, his time at no less than six Olympiads and his participation in various World Championship cycles.
It’s a very honest account, with plenty of games (or snippets) being used to demonstrate frustrating failures over the board as well as more successful outings.
Just as in the lives of most chess player, sometimes it goes right…. 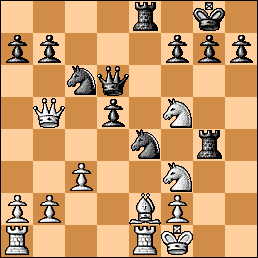 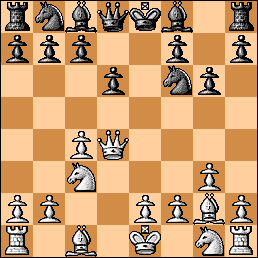 Gulko v Benjamin
US champoionsip 1995
6...Nc6?? 7 Bxc6+ bxc6 8 Bg5 Be7 9 Ne4 Nxe4 10 Qxh8+ 1-0 (62)
Real-life events feature prominently in the book too, such as the death of his father and the evacuation during the terrorist attacks on 9/11.
The book concludes with several very interesting chapters on topics such as coaching juniors and the ‘The Current State of Chess in America’.
There’s a lot packed into the 268 pages; a minor gripe be the lack of index of openings, especially as there some rare ideas in his games. For example, he played 1 e4 Nf6 2 e5 Ng8 as Black against a player well-known for his theoretical knowledge and risked 1 e4 d6 2 d4 Nf6 3 f3 e5 4 d5 Nxe4 against Gulko in an important US Championship game.
The latter line caught my eye as I have played it twice in local games and can confirm just how wild and risky it is!
I would definitely like to see a lot more books along the lines of ‘American Grandmaster’. In a market deluged by opening manuals they would make a very pleasant change.
I can thoroughly recommend this book to anyone who has an interest in the life of a chess player at the sharp end of his profession. The game annotations are usually light and anecdotal; it’s definitely a book one can really enjoy reading.

Play The English
By IM Craig Pritchett
Everyman Chess
There are some notable local aficionados too. In particular, the current Cleveland co-champion, David Baillie, has remained loyal to 1 c4 throughout his chess life and has only rarely deviated.
The book presents a repertoire approach; the author admits that to provide coverage of all lines would be impossible for a normal page count.
The given lines cover the standard English Four Knight’s with 4 g3 and plans with an early d4 against other Black systems.
There is nothing against Black’s more unusual defences, such as 1...g6, 1…f5, 1…c6, 1…e6, 1...b6 etc and some of the more interesting lines are missing against the main lines too, such as the Flohr-Mikenas Attack 1 c4 Nf6 2 Nc3 e6 3 e4.
The first three chapters cover 1 c4 e5, starting with coverage of: 1 c4 e5 2 Nc3 Nf6 3 Nf3 Nc6 4 g3 Bb4 then other fourth move tries for Black (including 4...d5) and finally other Black tries after 1...e5 (mainly systems with an early …f5).
These chapters make up the majority of the book, taking 112 pages of the189 and the coverage is thorough.
The fascinating gambit line 1 c4 e5 2 Nc3 Nf6 3 Nf3 Nc6 4 g3 Bb4 5 Bg2 0-0 6 0-0 e4 7 Ng5 Bxc3 8 bxc3 Re8 9 f3 e3... 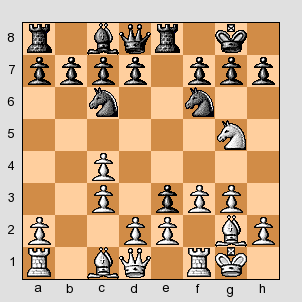 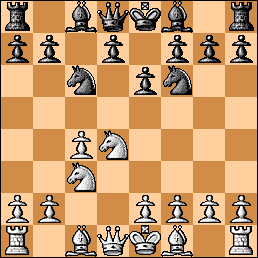 The repertoire presented here is not a complete one and anybody taking up the English will need to supplement their reading with other works. For example, Black could meet 1 c4 with 1...e6 and 2…d5 and instantly take White away from the suggested repertoire.

However, what the book does cover, it covers well and the reader will be well equipped to meet 1 …e5 and 1 …c5.

For further details of Everyman books, pop along to: http://www.everymanchess.com/

I've been looking forward to this book for a while.

If you enjoy this sort of thing, I highly recommend Andy Soltis's "Confessions Of A Chess Grandmaster" (sadly out of print, I believe). I agree that there should be more of this kind of book.