Christmas time is upon us again. It is a time to reflect on the year that has just been and look forward to the one to come. It is a time of wonder, a time of joy. For example, when you see pictures of David Blunkett and his girlfriend you can’t help but wonder who is the blind one. One also has to wonder at the way the world is going and where man’s priorities really lie. Did you know that there is more money being spent on breast implants and Viagra than on Alzheimer's research? This means that by 2020, there should be a large elderly population with fine looking bits and bobs and absolutely no recollection of what to do with them.

Romantics are forever wanting snow for Christmas but they are not the ones who face an away trip to Whitby. Older people refer to snow only as ‘that white stuff’ (thus confusing many students) as if the very mention of the dreaded name will bring it tumbling from the heavens.

Of course, in our cosy world of local chess we don’t really care about politics, science or special preparations. After all, we can’t all be Botvinnik. 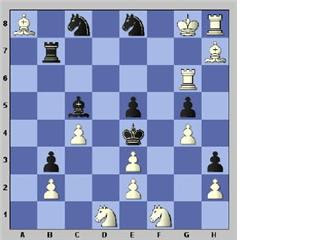 White To Play And NOT Mate In One Move! 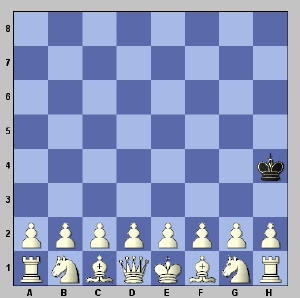 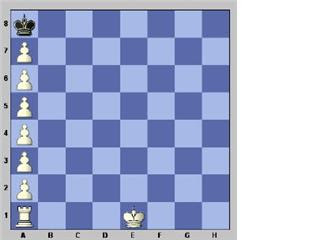 
So what will 2005 bring for us chess players? We can’t all have our wishes granted because in chess, as in life, one’s happiness is often bought at the expense of another person’s unhappiness. So what does that leave me to wish you as my UNCUT! Xmas message? A year of self-improvement, of aiming for the personal best and of all-round change for the better.

*Best Wishes To All!*