The Sean Marsh
Chess Column
UNCUT!
*Column 60*
**June 2007* *
The return of the Candidates matches (elimination bouts on the road to the World Championship, for those who have forgotten) marks a very welcome step forward in the world of chess. FIDE, inspired by the success of the SME Match Championships inaugurated last season, clearly know a good idea when they see one.
The matches this time around have been exciting and bloodthirsty. Michael Adams came within a drawn game of defeating Shirov and progressing to the next stage, thus ending hopes - for now - of an English World Champion. Maybe Gawain Jones will do it for us one day; we should all have gone long-past the stage of being surprised by his exploits and achievements.
The Candidates will produce so many new blunders and brilliances to grace - or disgrace - the annals. Here’s a few ‘blasts from the past’ to remind us all of how the tension of such high level encounters can lead to horrible errors… 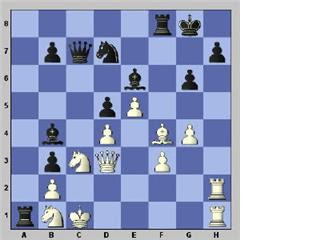 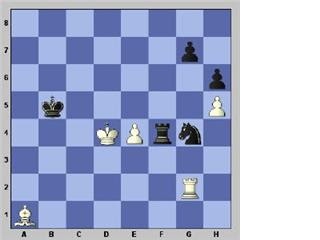 Hubner had been pushing a tiny edge throughout the game but Korchnoi had defended admirably to reach this (probably drawn) position. Was it the lack of a sense of a danger, brought on by playing a long game and never being anything less than slightly better, that prompted Hubner to take his eye off the ball?

65 Kd5?? Ne3+ 0-1 Did White think he could play 66 Ke5 and 67 Kxf4? Hubner was a point up at this stage in the match but after losing this, and the next, game he resigned the match early.
Naturally, ‘Viktor the Terrible’ didn’t have it all his own way when it came to howlers. 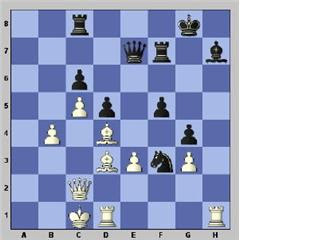 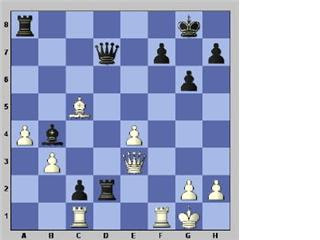 Spassky has just played 35 Bc5?? Hort could now have won with either 35 …Bxc5 36 Qxc5 Qg4 or even 35…Qg4 immediately. Unfortunately for him, he lost on time before he got the chance to execute either winning line. Very unfortunate; a victory would have almost certainly sealed victory in the entire 16-game match (2-1 to Spassky with 13 draws after the disaster).

Obviously, there are far more classics than clunkers in the history of Candidates’ matches.
Amid all the famous clashes, all the Fischer 6-0s, all the Korchnoi battles with virtually everyone, one of the most impressive performances has somehow fallen through a crack in history and is now virtually forgotten.

In 1983, Kasparov’s dramatic assault on the World Championship saw him win tough matches against Beliavsky and Korchnoi on his way to the Candidates’ Final. Meanwhile, former World Champion Smyslov had rather surprisingly qualified from the Las Palmas Interzonal and KO’d Hubner in the first round of the matches (on the spin of a roulette wheel - one win each and 12 draws proved they couldn’t force a decision over the board!). His second round match with Ribli ran alongside the famous Kasparov - Korchnoi clash in London, which is another reason it has been more or less forgotten.

However, there was some superb chess played in the Smyslov - Ribli match…

The players traded wins in the first two games and then there were a couple of draws. Game 5 is a neglected classic! 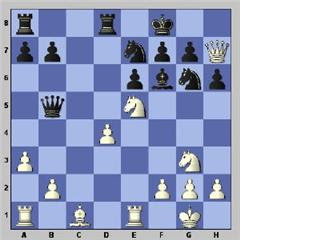 After a fairly typical tussle from an Isolated Queen’s Pawn position, Ribli had taken the risky decision to allow the White Queen into his Kingside. In such cases, with correct handling, the Queen can become trapped out of play and the opponent’s heavy pieces can rout him in other sectors of the board. From now on Smyslov rolls back the decades and demonstrates a Tal-like display of tactical vision.

22.Bxh6!
The mate threat on f7 means the obvious capture 22 … gxh6 isn’t a serious option. However, Ribli must have anticipated the sacrifice and reckoned that his reply was sound enough. 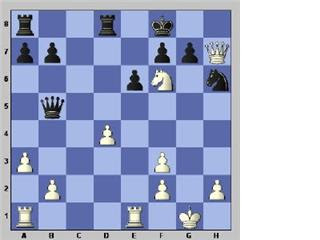 Now it looks good for Black; once the attack is repulsed White’s structure should fall apart in the endgame. But Smyslov still has plenty of gas in the tank!

Excellent! The extra attack on the e6 pawn keeps the initiative going and 26 …exd5 is not an option due to the fatal 27 Qh8+. There is another twist too…

What would you play here? 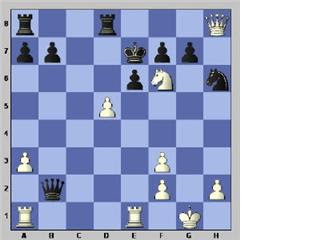 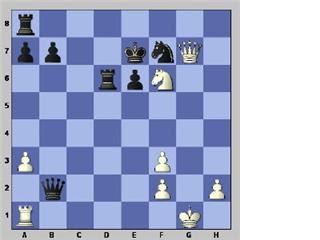 …with a winning position. Ribli tried to put up some resistance but yet another sacrifice destroyed everything a few moves later. 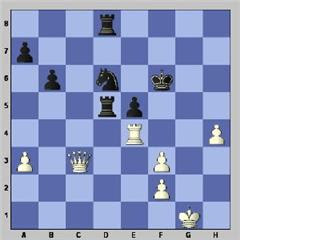 Another win in game 7 gave Smyslov a strong grip on the match he never looked like losing. With White, it was a fairly easy task for him to keep things mellow and with Black, his Slav defence proved to be an unbreakable defensive wall.

Smyslov was now just one match victory away from challenging Karpov for the crown! Extraordinary for a man in who turned 63 during the Candidates’ Final. His first crack at the title resulted in second place at the famous 1948 tournament and he had gone on to win the title in 1957 at the age of 36. Unfortunately for him, the next opponent was Kasparov. The latter won, with four wins and nine draws from 13 games, to set up the very first Karpov - Kasparov title match. But that, dear readers, is another story….