Greetings, readers! This time we have three books from Batsford to peruse. All are interesting but I’ll start with the pick of the bunch….. 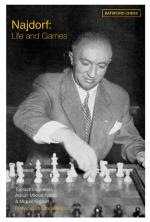 It is surprising that such a colourful life as that enjoyed by chess hero Miguel Najdorf has never been well documented. I suspect we’d be inundated with books about this fascinating man if he’d been a World Champion but more often than not he’s been relegated to the sidelines of chess history and reduced to walk-on parts in the life stories of others. I am delighted to see Batsford reverse the trend with this excellent new book .

Najdorf was far more important than his superficial legacy suggests; i.e. the naming of one opening variation after him. His chess career was lengthy to say the least, stretching more than six decades.

Originally Polish, Najdorf remained in Argentina after the Second World War broke out during the 1939 Chess Olympiad. This was one of 15 Olympiads the great man would play in. Tragically, his family and friends back in Poland didn’t survive. Najdorf was alone in a foreign country with only $320 to his name. Such circumstances would have been the end of most people, but Najdorf was made of sterner stuff. and somehow survived.

In order to draw attention to the fact that he was still alive, and try and establish some sort of contact with people back home in Poland, Najdorf conducted lots of simultaneous displays. In 1943 he broke the world record for blindfold play, taking on 40 players at the same time (+36, =1, -3). Four years later he broke it again, with a +39, =4, -2 score after an exhibition that lasted an astonishing 23 hours. These feats certainly grabbed the headlines!

After the war, his tournament results continued to impress. When Fine dropped out of the World Championship tournament of 1948, Najdorf was the obvious replacement, but FIDE didn’t see things that way and just went ahead with five players instead of six. A pity; Najdorf’s famous victory over Botvinnik two years earlier at the Groningen tournament proved he was capable of upsetting the odds.

The full story of Najdorf’s life can be found in the first 50 pages of the book, and it is followed by several pages of his tournament and match results, stretching from 1928 too 1996. The bulk of the book covers 131 great games with notes, a lot of which are by Najdorf himself. Here we find wins over the likes of Botvinnik, Spassky, Tal and Fischer. He played all the World Champions from Capablanca through to Kasparov, which is quite an achievement in itself.

The book concludes with some examples of Najdorf’s fluctuating fortunes in the endgame, some puzzles from his games and several anecdotes.

Verdict: A highly recommended book and one which fills a significant gap in our literature. Please, Batsford…let’s have some more like these!


The next volumes continue the impressive ‘Revealed!’ series. As with the Modern Benoni book (reviewed in issue 1), the standard series formula is continued. This takes us through the ‘Introduction’, ‘First Moves’, ‘Heroes and Zeros’, ‘Strategy’, ‘What’s Hot?, ‘Tricks and Traps’ and ‘Test Positions’. I think this formula works very well, especially if the books are read from start to finish instead of just being dipped into randomly. 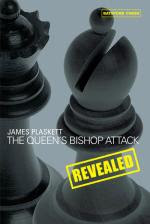 The lines examined in this book have never been as popular as the Trompowsky, and probably never will be. The average player will find it hard to understand what is achieved by 1 d4 d5 2 Bg5. Indeed, the theory of this Pseudo-Trompowsky is still very much in its infancy and this is the first book on the subject.

It’s not easy to avoid huge icebergs of theory as early as the second move, but White manages it with 2 Bg5. The Slav and Queen’s Gambit lines are ruled out and playing Albin Gambit style with 2 ...e5 is rendered somewhat undesirable. Ironically, after 1 d4 d5 2 Bg5 c5 3 e4, White can a reversed Albin with an extra move if he wants it. The Heroes are the usual free spirits such as the late Tony Miles, Julian Hodgson, Ian Rogers et al.

The games in the book are fantastic and extremely unusual. There is so much scope for experimentation with vast areas of uncharted territory to explore. Any player adopting this opening could easily stamp their own ideas onto it and rack up a number of speedy victories. It should certainly keep you well ahead on the clock as the poor opponent has to try and navigate the alarming number of un-trodden, dangerous paths. Some will seek to exploit the weakened squares on the Queenside, but after …Qb6 will be faced with one of the eternal gambit questions: b2, or not b2? That is the question…..

GM Plaskett is an interesting writer. He admits from the start that this opening is by no means a forced win for White and he tries to be objective throughout.

Verdict: The Queen’s Bishop Attack could well be one the last great unmapped openings. If such things appeal to you, or even if you just want a fresh surprise weapon tucked away for that special occasion, then you could do a lot worse than give this one a try. 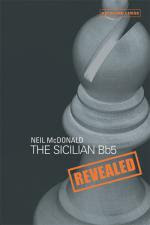 This particular Anti-Sicilian has continued to grow in popularity and is seen at all levels. Local yokels may remember that it was a mighty weapon in the hands of David Mooney, who thrashed all-comers with it on the local tournament circuit. Even closer to home, Norman Stephenson used it to defeat reigning British Champion Michael Hennigan in 1994.

One of the appealing aspects of Bb5(+) is that it cuts down the amount of theory one needs to learn to take on the Open Sicilians. Dragons and Najdorfs are all good fun, but we can’t all keep up with the latest wrinkles. Even the very best players in the world resort to it for the same reason, as did Ivanchuk against Kasparov at Linares 1991. He didn’t have time to prepare for his first round game so played 3 Bb5+ and went on to score a famous victory. One year later, Bobby Fischer resorted to this opening and produced one of the most memorable games of his ‘World Championship’ comeback against Spassky. Ironically, Cozio first mentioned Bb5 back in 1740, so as GM McDonald points out it predates all the main lines of the Sicilian Defence.

It’s hard for Black to generate the same sort of play against such a solid rejoinder and facing these lines can be a very frustrating experience. Yet the opening has in some ways become a victim of its own success and those wishing to take it up will find that there are a number of books and even a couple of DVDs already out on the subject.

I have yet to see a piece of writing by GM McDonald that I couldn’t recommend. He is a natural author and chess coach who always seeks to explain his subject carefully. He is particularly strong on outlining the strategy, which takes up a good chunk of the book. White can call the shots, with plans of all types at his disposal. The ‘Tricks and Traps’ chapter is also essential reading and will save – or gain – many points over the board.

Verdict: An excellent introduction to a popular opening, but one which also contains plenty of meat for the established Bb5(+) player.