Santana At The Wembley Arena 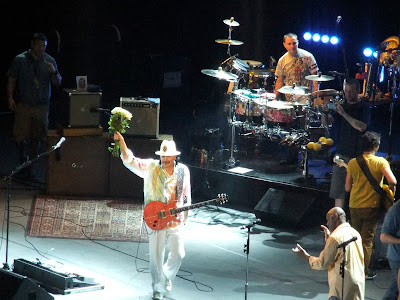 This was my third Santana concert, following on from previous appearances in Manchester (2008) and Newcastle (2010).

Wembley Arena is situated very close to the more familiar Wembley Stadium. With it's capacity of 12,500 seats, it is London's second largest indoor arena (behind the O2, of course). Despite its size, the venue had a relaxed atmosphere, good facilities and friendly staff.

There was no support act. Santana appeared around 8.10 p.m. - a little later than advertised - and played virtually non-stop for nearly two and a half hours. 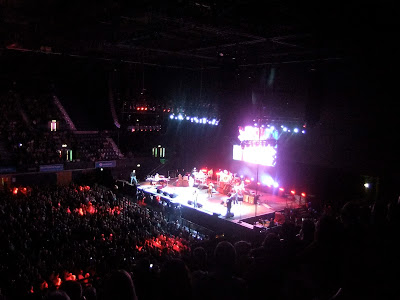 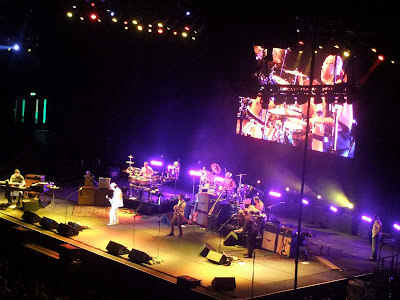 It was loud! Almost certainly the loudest of my three Santana gigs. The set list was geared to the up-tempo end of things as Santana produced an evening-long assault on the senses via the mediums of sound and vision. 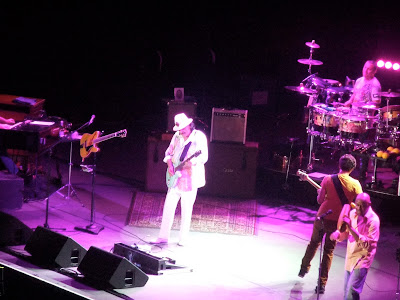 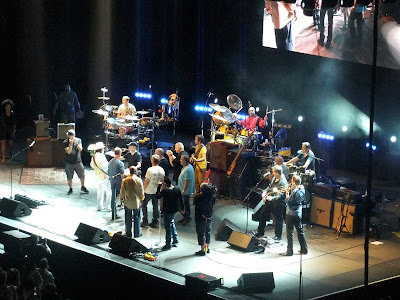 At one point, the music temporarily stopped for the band to gather around Santana to sing Happy Birthday (a day early - he turned 66 on 20 July).

After the song and gifts, it was back to business. 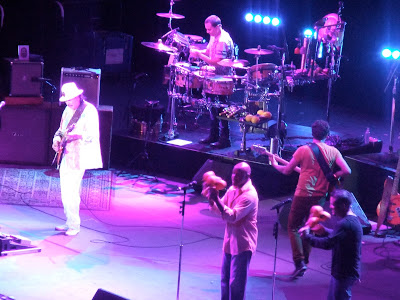 There were a couple of odd moments. Santana's usual spiritual message centred this time on the impending Royal birth, but it prompted a somewhat eccentric reaction. Santana claimed it was to be an important moment in modern history and stressed the new child's duty to unite the people with a greater sense of equality, peace and justice. This led on to his stated belief that we are all kings ''inside''. 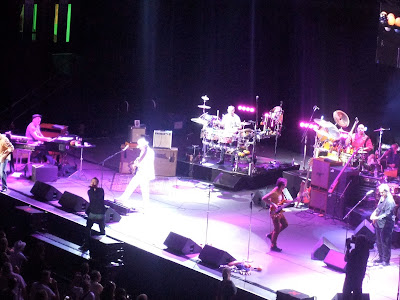 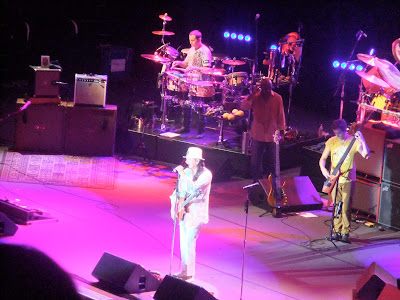 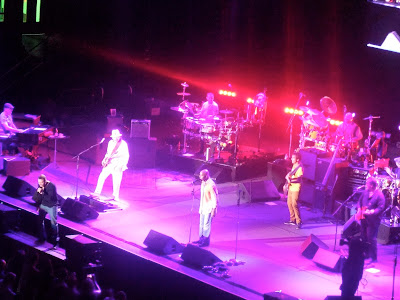 Everyone worked hard all evening and the crowd was relaxed and appreciative. A few years ago, Santana hinted at an impending retirement. On this form - and with the crowds still turning out in force - he seems set to continue for some time to come.

Sean. Brilliant concert. Thanks for the review. My first time of seesing Santana. Mind if I link to your review and borrow one of your photos (with attribution) for my blog post of the concert. Regards. Mark

Thanks for your message Mark. I'm pleased you enjoyed the show and the review.

It's fine to link to your blog and to use one of my photos - thank you for asking.