Standing By The Wall 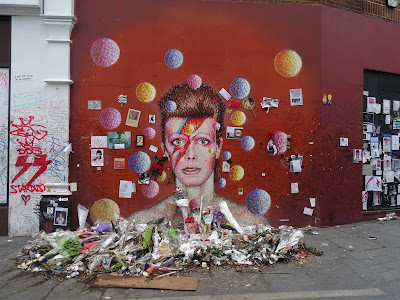 When the artist Jimmy C painted the famous Bowie mural back in 2013, I'm sure nobody suspected it would become a shrine just three years later.

The wall, situated in Brixton (Bowie's home town), is very easy to find, as it is just across the road from the tube station.

After Bowie's death in 2016, the wall became a focal point for the immense outpouring of grief felt by a huge amount of people, all of whom had their lives touched - to a greater or lesser extent - by the  music and art of the Starman.

The wall is an incredible and powerful place. Hundreds of handwritten messages mingled with cards and flowers when I first visited there last year.

The flowers were cleared shortly afterwards, but have since returned in force.

The first series of images are all from 2016. 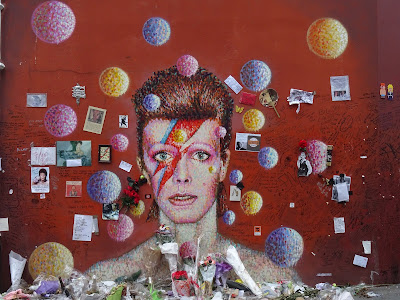 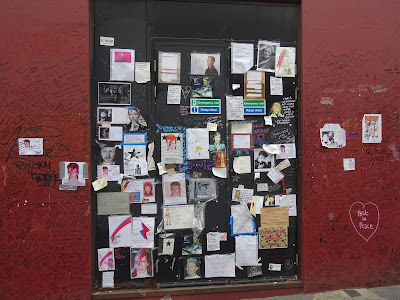 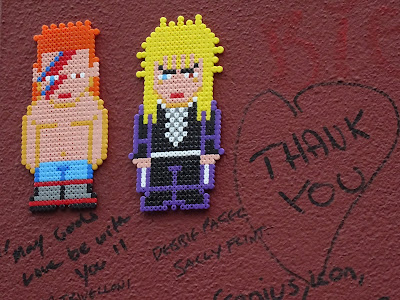 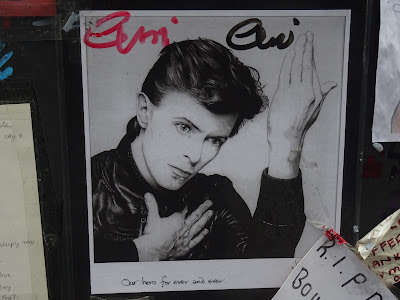 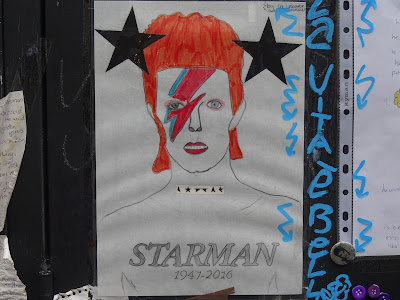 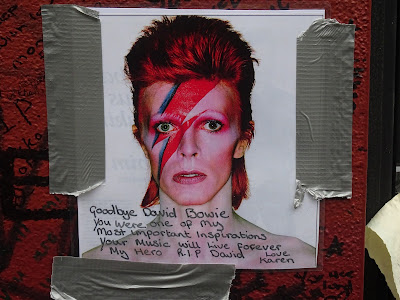 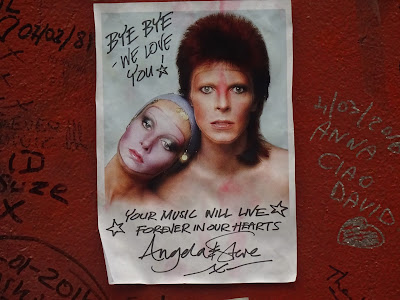 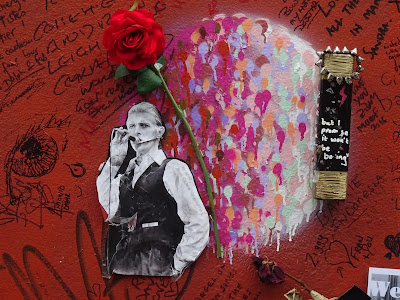 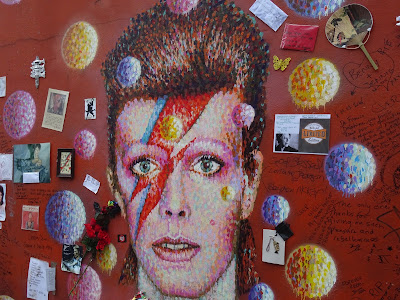 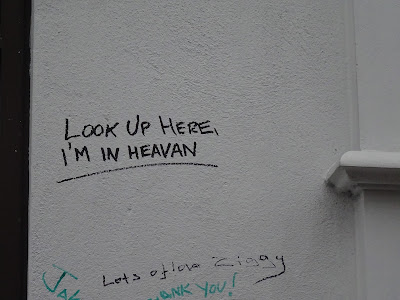 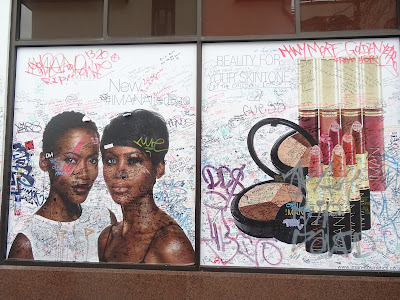 I visited the wall again last weekend on my way to see the Celebrating David Bowie gig at the Brixton O2 (about which much more later).

Despite the torrential rain, the wall was especially busy due to the gig clientele and the fact that it would have been Bowie's 70th birthday on that very day.

The following images are from last Sunday. 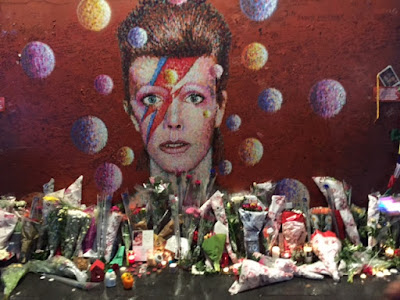 There will be more Bowie-related blogs over the next few days, so stay tuned...