I haven't had a great deal of experience with tribute bands. I assume that some are great and some aren't. I'd really enjoyed seeing 'T-Rextasy' back in 2007 (short review here: http://marshtowers.blogspot.com/2007/11/more-entertainment.html) so I was happy to see what 'Ultimate Bowie' had to offer.

The band moved into position just after 7.30 p.m. and when the lights came up the focal point was undoubtedly Ziggy Stardust, centre stage, complete with red hair, platform boots and acoustic guitar.

As they roared into 'Hang Onto Yourself' it was time to absorb the early impressions. Ed Blaney certainly looked the part as Ziggy Stardust and the rest of the group consisted of two keyboard players, three guitarists, a drummer and a backing singer/saxophonist.

The first half of the show focused on the early Bowie years and included material from his albums up to and including 'Aladdin Sane'.

'Moonage Daydream' was an undoubted highlight of the first half of the show, with Paul Carr's virtuoso guitar solo allowing Ed to leave the stage for a quick costume change, re-emerging with a blue suit (familiar from the 'Life on Mars' video). Indeed, 'Life on Mars' formed part of the first half finale. It was a very good session, but better was to follow after the break. 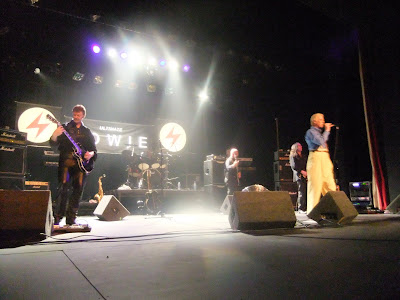 The second half of the show was based around 'The Serious Moonlight' tour of 1983. Stripped of the ungainly platform boots (which had caused a guitar to be inadvertently kicked off its stand in the first half), Ed came out resplendent in authentic Serious Moonlight garb, with very yellow hair replacing the Ziggy orange. The more sensible shoes allowed considerably more dancing and plenty of high kicks. 'Diamond Dogs' open the second set, which consisted mainly of up-tempo rockers, including 'Rebel Rebel', 'Let's Dance' and 'Modern Love'. 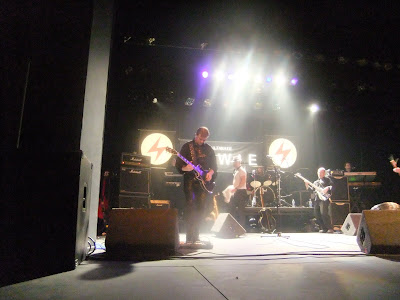 I thought the second half brought the whole band to life more than the Ziggy section, David High in particular. Donning a white hat, he fitted in very well with the whole feel of the Serious Moonlight show and he covered a lot more of the stage.

One of the biggest highlights of the whole show was a terrific version of 'Cracked Actor', which captured the staging and mannerisms of the 'Serious Moonlight' tour perfectly, including the director's chair, the cape and the skull. This really was Cracked Actor intacta.

More complex numbers were included too, such as the unique 'Ashes to Ashes'. Considering they were covering roughly a quarter of a century of Bowie's constant changes of direction, the virtuosity of the band was truly impressive.

Everyone seemed to be thoroughly enjoying the show, form both sides of the stage. 'Heroes' heralded the conclusion, but they returned very quickly for an encore of 'Modern Love'. A second encore swiftly followed, which was greatly appreciated by all. This time it was 'All The Young Dudes'. David High brought his microphone into the audience, inviting some of us to contribute the harmony vocals. The first opportunity fell to me and I was happy to oblige (although, on reflection, this could have been why there wasn't another encore).

Here's a few more photos, taken towards the end of the show... 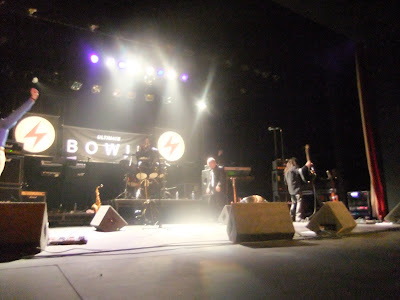 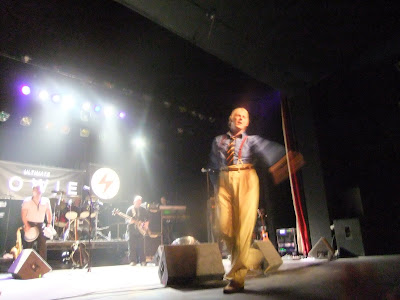 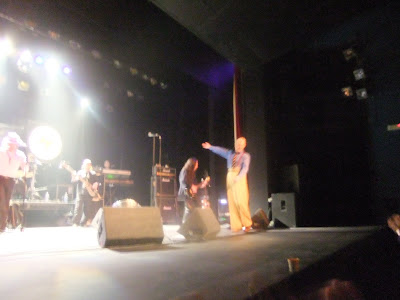 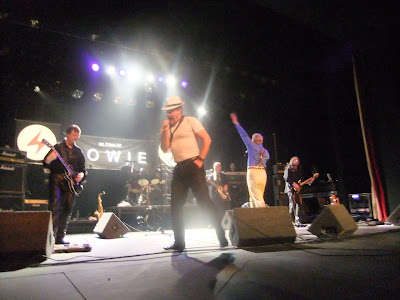 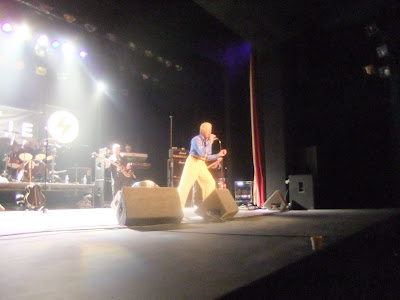 A classic Bowie pose from the 1983 tour 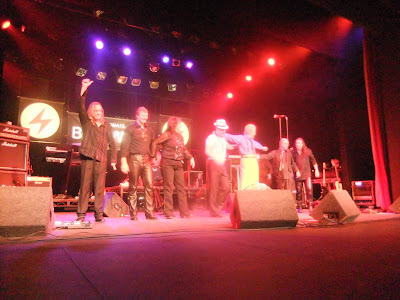 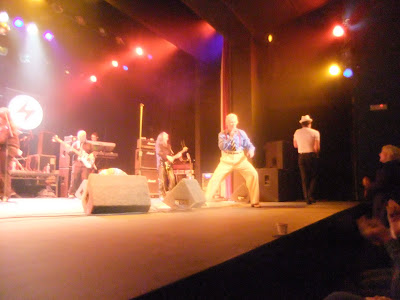 Back for more - and David High heads off with his
saxophone (stage right), eventually ending up in the audience 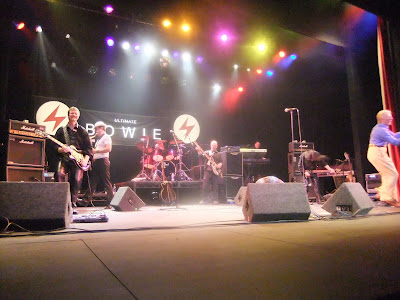 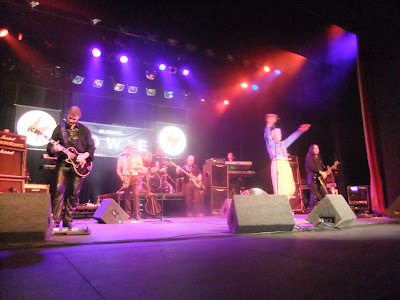 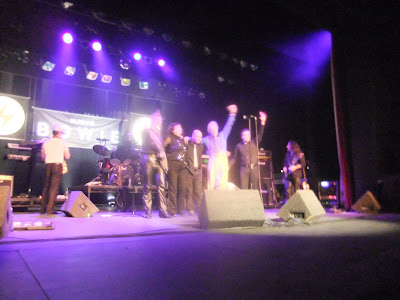 The third and final goodbye

This is one tribute band which is definitely worth watching. It was a very entertaining evening and I'm looking forward to seeing 'Ultimate Bowie' again in the near future.

http://www.ultimatebowie.com/
Posted by Sean Marsh at 15:14